There are surprisingly few angels in the cemetery at Montparnasse, but here is a splendid example. This is the grave of Frédéric Auguste Bartholdi, the man who created the Statue of Liberty. 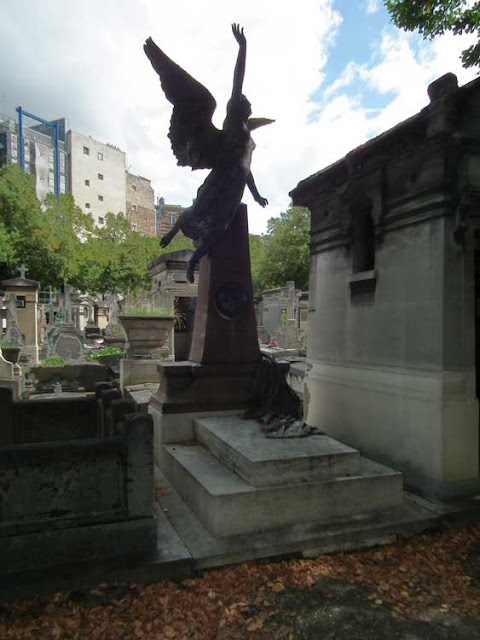 Born in Colmar in Alsace, he grew up in Paris, moving there with his mother after his father died. He studied drawing, sculpture and architecture, but finally settled on focusing on sculpture. He proposed the idea of the Statue of Liberty while he was on a trip to the United States in 1871. At the time the statue was being made his own home in Colmar was part of the territory annexed by the Germans in the Franco-Prussian War and ideas of liberty were very much on his mind.

Montparnasse cemetery has 35 000 graves and 300 000 people are buried there, with about a thousand new interments every year.

We visited the cemetery in September and will be posting some examples of the graves we saw over a period of weeks.