In the mid 19th century four large cemetaries were built outside the city walls of Paris to replace the numerous parish burial grounds that littered the city. The Cimetière du Sud was created on grounds previously held by the monks of the Hôpital de La Charité, who had already open a small private burial ground.

The current Cimetiere Montparnasse occupies two plots, and many famous people are buried there (but more of them later). The most unexpected sight is the Moulin de la Charité, a windmill erected in the middle of the 17th century by the monks who had previously owned the site, and left standing for use as the cemetary office. 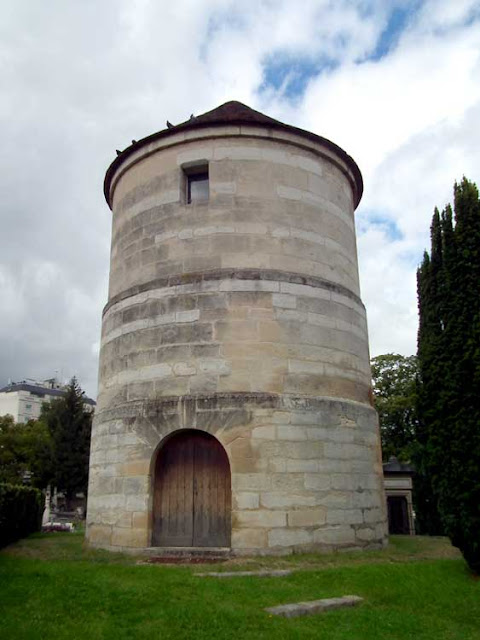 The windmill is now empty and surrounded by warning signs, but declared a national monument.
Posted by Simon at 09:00