Louise de Savoie was a woman of her time. At the end of the 15th century and throughout the 16th century we see a series of powerful, influential, cultured, clever, politically active women and Louise is one of the them. She sits at the heart of the power struggles between France and the Hapsburg Empire, and had a foot in both camps through the convoluted intermarriages common at this time.

Her mother died in 1483 when she was seven years old and she was sent by her father to live with her aunt Anne de Beaujeu, at that point Regent for the young king Charles VIII. At the age of 12 Louise was married off to the Duke of Angouleme, a man 17 years her senior and who she did not know. Fortunately for Louise he popped his clogs, leaving her a widow (and single mother of two children) at 20. 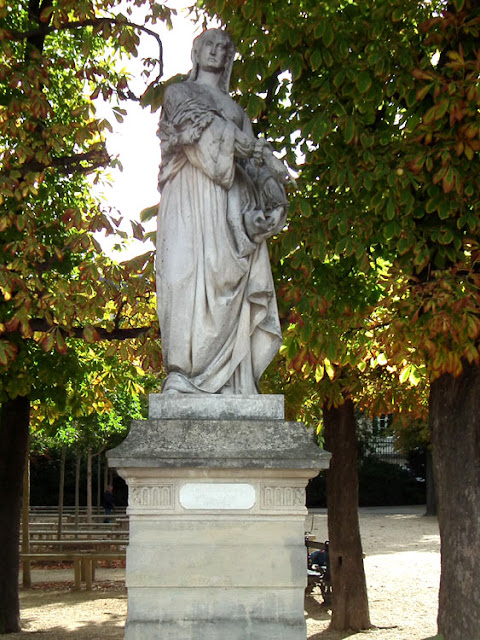 Refusing all further marriage deals she dedicated the rest of her life to promoting the interests of the children. Marguerite became Queen of Navarre (and from there, the grandmother of Henri IV) whilst  François got to marry the daughter of Louis XII and become the next King of France.

Louise acted as François' Regent while he waged war in northern Italy in 1515, and again in 1525 when François managed to get himself captured at Pavia by riding in front of his own cannon so they had to stop shooting. He was imprisoned by Charles V in Spain and part of the deal to have him released was that François had to marry Charles's sister, his sons being sent to Spain to provide surety that François would honour the treaty.

Louise worked all the angles to get her grandsons released. Charles's mother, Marguerite of Austria, was his regent in the Netherlands, and it counted for a lot that she and Louise had grown up together in the court of Anne de Beaujeu. Ultimately they negotiated the 'Ladies' Peace' in 1529 but the ransom for the young princes was 1 200 000 gold crowns. It took Louise a year to raise the money and a mule train of 32 heavily laden pack animals transported it to Spain.

By then worn out and suffering from gout she died in 1531, leaving her son to rule on his own. He promptly re-ignited the war against Charles V.


The Jardin du Luxembourg has statues of 20 French Queens and Illustrious women. The subjects were chosen by Louis-Philippe I in 1843. This statue was created by Auguste Clésinger in 1851. To see Louise looking rather stern you have to go here.