I mentioned on Monday about Charles VI being "mad".

At first he was known as "Charles the Beloved", because once he turned 21 and regained rule of France conditions for ordinary people improved. Previously France had been ruled by a set of Regents who had run the country as a fund raising and asset stripping exercise (for themselves, naturally). Four years later, however, leading a group of knights in pursuit of an attempted assassin he appears to have suffered a psycotic episode and killed four of his own knights.

His episodes of mental illness appear to have been intermittant, but increasing in frequency. On one occasion he failed to recognise his own wife and told his household staff (who he did recognise) to "take care of what she required so that she would leave him alone". In 1405, he refused to bathe or change his clothes for five months, but the most often report episodes were those where he believed himself to be made of glass. Pope Pius II wrote in his commentary that Charles had rods of iron sewn into his clothes so contact with others wouldn't shatter him, and that he would wrap himself carefully in cork or wool fleeces.


Actual medieval glass from the reign of Charles VI 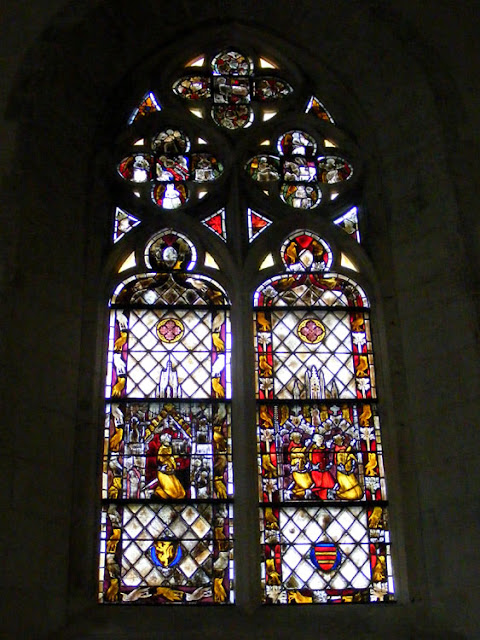 The "glass delusion" appears to have been not uncommon between the 14th and 16th century amongst people who had actual access to glass. Cervantes wrote a short story about a person afflicted thus "El licenciado Vidriera" in 1613, and in 1621 Robert Burton mentioned it in "The Anatomy of Melancholy". Obviously, people who couldn't afford glass also couldn't afford to believe they were made of it.

Update: Here is a link to the podcast about the madness of Charles VI mentioned in the comments below.
Posted by Simon at 09:00

The podcast "Stuff You Missed in History Class" did a great episode on Charles VI.

I'll have to check it out, thanks!