The Palace of the Dukes of Berry

On Monday I mentioned that Marguerite d'Angoulême was also known as Marguerite de Navarre and Marguerite d'Alençon. What I didn't say is that another of her titles was Duchess of Berry, a position she held in her own right, being granted the Duchy by her brother François I.

A part of the ducal palace in Bourges still exists, and is incorporated in the Prefecture of the Cher region. It was built in 1370, and has a rather plain 20th century extension blocking the view. You can see what is left of the Palace of the Dukes of Berry peeking over the new section. 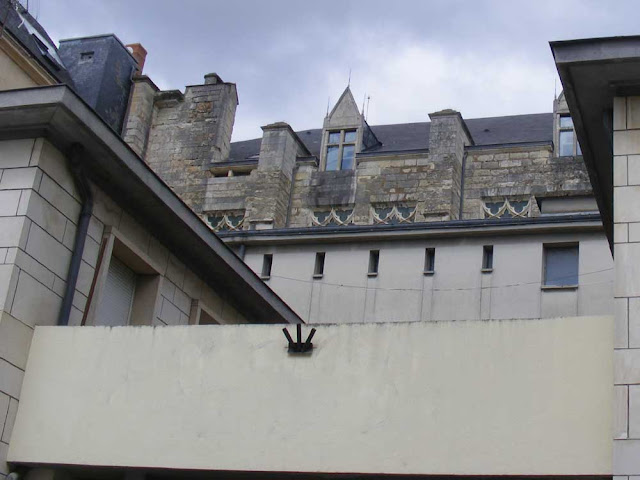 I should think that drawing up the Family Tree of these intermarried royals with titles would be a nightmare.