The internet is a wonderful thing, but you have to be really careful about using it as a reference tool: if you Google "Avranches Cathedral" the images you find will almost invariably be of the Eglise Notre-Dame-des-Champs, misidentified.

Avranches Cathedral was rebuilt in 1204 after the previous building of 1121 was destroyed by Breton invaders. The "new" building was probably built on the Romanesque plan of the previous building, and incorporated its towers. The whole lot started to fall down in the 16th century, and the remaining parts were demolished in the 19th century.


The reason we know the internet is wrong:
this is all that survives of Avranches Cathedral 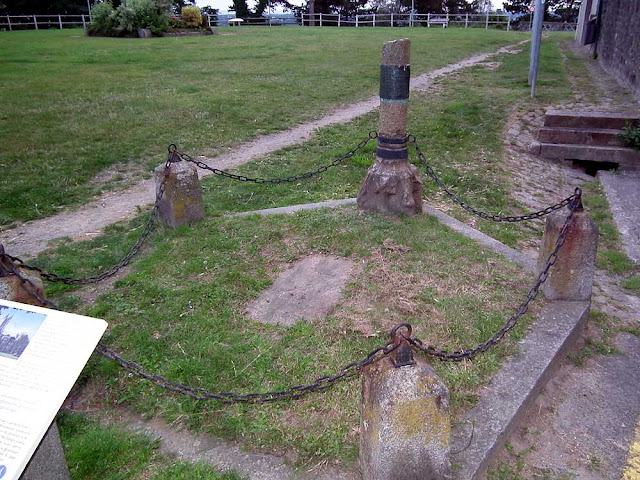 There is a reason I am interested in Avranches Cathedral - we were there in early August, and I wanted to see the place where in 1172 King Henry II of England performed his penance for the murder of Thomas Beckett.

The monument was erected in 1843 by the local historical society. 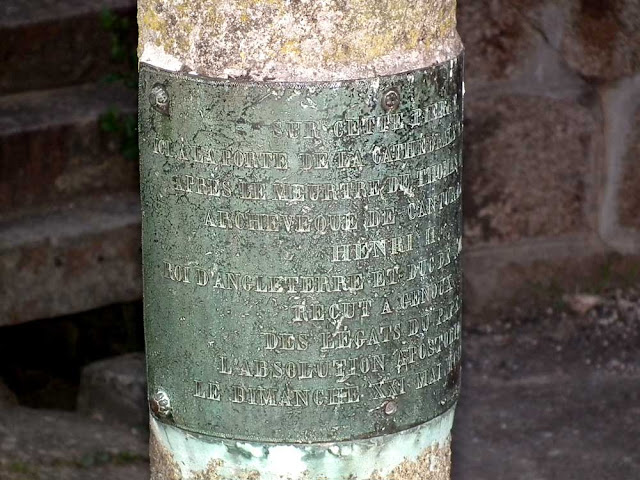 The inscription reads "At the door of the Cathedral of Avranches, after the murder of Thomas Beckett, Archbishop of Canterbury, Henry II, King of England and Duke of Normandy, received on his knees the absolution of the legates of the Popes"