For a woman who was so powerful and influential in her own time, the world does not have much to remind itself of Anne of France. She wrote a book to her daughter (called "Lessons to my Daughter" and just about unreadable today), introduced the handkerchief to French aristocracy (supposedly) and is responsible for the education of Diane de Poitiers (more on her later).

The only real evidence Susan and I have seen of Anne of France is at Langeais, the venue for the enforced marriage of her brother (Charles VIII "the affable") to Anne of Brittany. She is depicted in the tableau of the marriage. 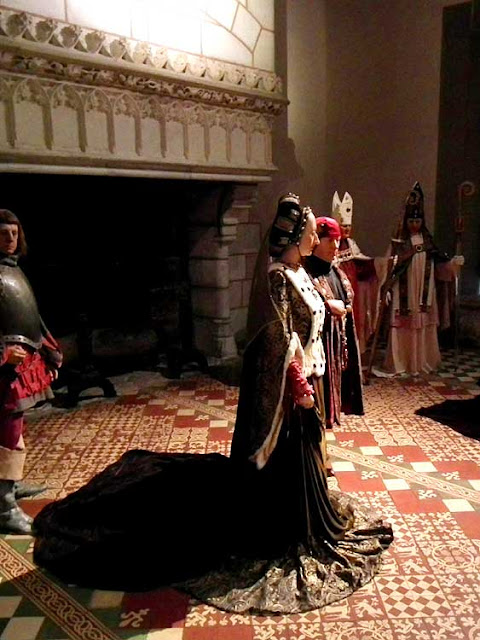 Langeais itself is well worth visiting - very castley (and very chateau'ey). We went there last September with Susan's friend Suzanne and wrote about it.