Can We Have Circus Summer School Please?

This is a special request blog post. Anne-Loes, aged nearly 11, spends her summers at her family's holiday home near Yzeures-sur-Creuse. This year, as well as spending most mornings at the swimming pool in Preuilly, she spent two weeks doing circus school and loved it.  To quote her, " It is even more fun to do it than to look at it". 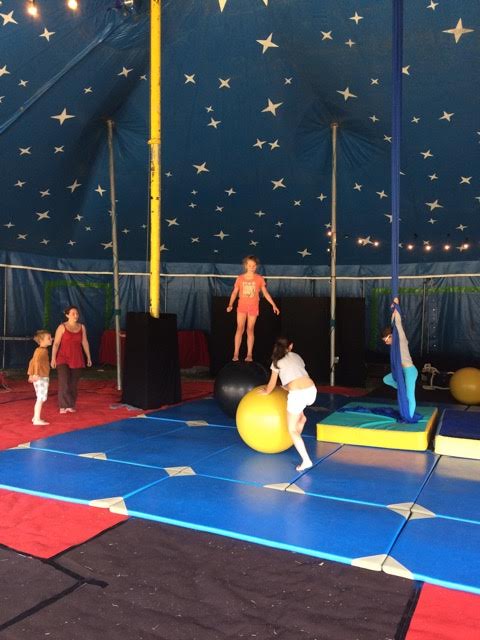 The circus school is one of the activities provided by the local authorities to keep kids entertained during the school holidays. It's run by Juliette and Nico and is called Zero Point Cirque. They are on Facebook if you want to check them out. Anne-Loes wants to make sure that the authorities who make the decisions about what is offered during the holidays know how much fun she had. She really really really really hopes it will be offered in 2017 too. 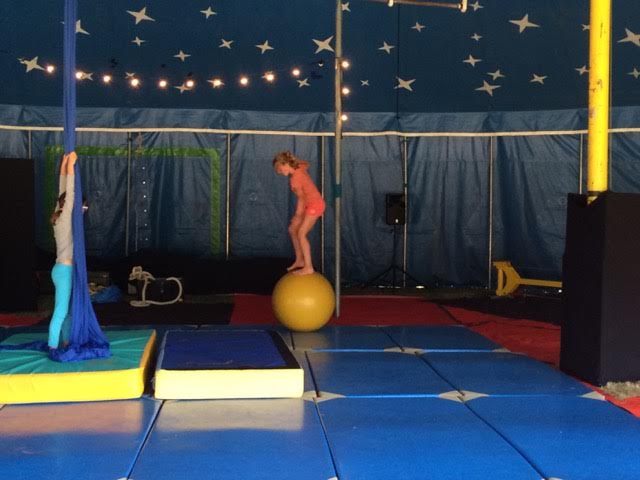 The rumour is that it will be offered, and Anne-Loes can't wait! Juliette and Nico mainly teach juggling, aerial work and hula-hoop but I notice that Anne-Loes is on a unicycle and a balance ball in the photos her mother sent for the blog post. Apparently the local kids get the benefit of circus classes at school as well as during the summer. Anne-Loes probably won't find herself too far behind though, as she does gymnastics back home in the Netherlands. 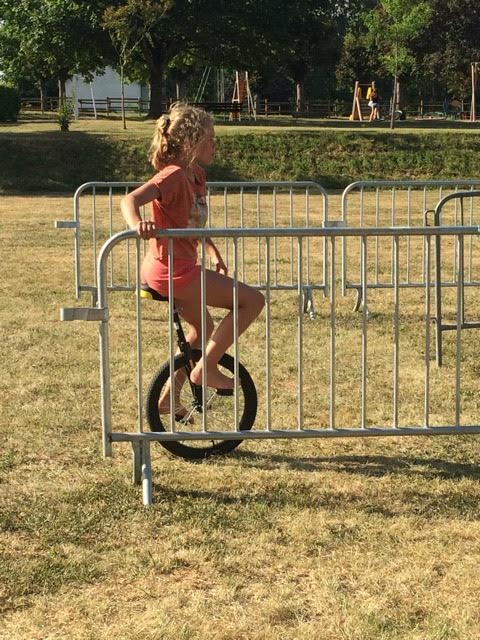 Drought: After the floods of June, Indre et Loire has now been declared drought stricken. The first water restrictions have been introduced. They only concern certain water courses and the Claise water catchment is not amongst them. As before when water restrictions have been introduced the first stage is to limit irrigation of crops (the main users of water here), prohibit the watering of lawns between 10 am and 8 pm, and prohibit the washing of cars at home. Vegetable gardens for domestic consumption can still be watered.

I used the last of our stored rainwater to water the green beans yesterday. From now on I will be clambering down into the ruisseau (stream) to collect water. Luckily I have not planted anything else that needs water, and luckily the ruisseau has not run dry like it has most summers in the last few years. I'm glad I got beans in though because otherwise I would have had nothing at all from the potager this year. It's either been too wet or too dry to work the soil, and the onions and garlic I harvested in June were barely worth the effort, but the beans are doing me proud.

At the moment, as well as the beans, I am harvesting wild blackberries which I am strategically allowing to grow in the boundary hedge, hazel nuts which have produced a good crop this year, and windfall apples which are small but useful. The pears never got big enough to bother picking. Walnuts will be ready to gather in a few weeks. The grapes are just beginning to colour.

The last of the orchid species will be flowering any day now. At the moment the Autumn Lady's Tresses Spiranthes spiralis look like tiny asparagus shoots.

Improve Your French: A new course for English speakers who wish to learn or improve their French is being proposed for the MCJ (behind the library) in Preuilly. If you are interested go along to the information evening on Wednesday 14 September at 6 pm. The course will run if 10 people sign up and will cost €40 per quarter. The teacher is a woman from Boussay.

What a wonderful activity to offer at school and during the summer holidays. Shows a bit of imagination!

Circus schools are really common here and the kids love it.