We have written before about the events at Maillé on 25 August 1944.

The memorial at Saint Flovier. 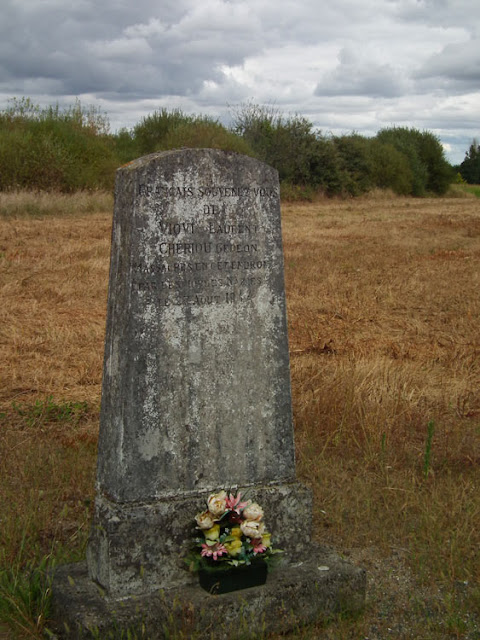 It is couched in atypically emotive language. 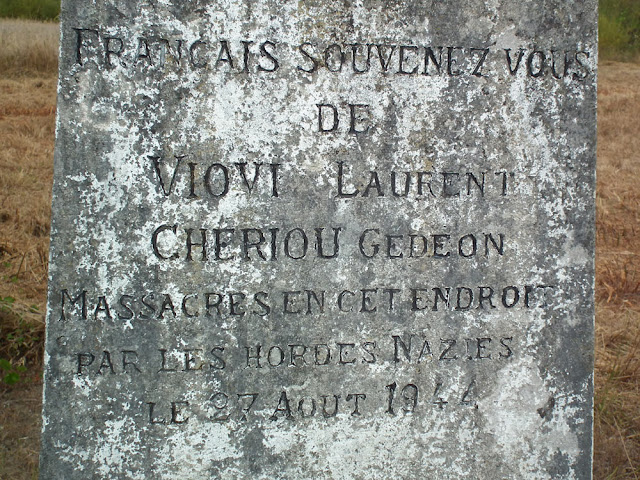 It is quite possible that those responsible were the same troops involved at Maillé a few days earlier, but they were confused and therefore poorly documented times, and many people seem to have decided put such events behind them and not talk about them as a method of dealing with the horror of it all.

We would be interested to discover the events behind this memorial and be able to honour the memory of those involved in a less generalised way.
Posted by Simon at 09:00

Several people in Mareuil-sur-Cher were killed by the retreating Germans about the same time, Aug. 1944. There's a monument in front of the mairie. I don't know the details.