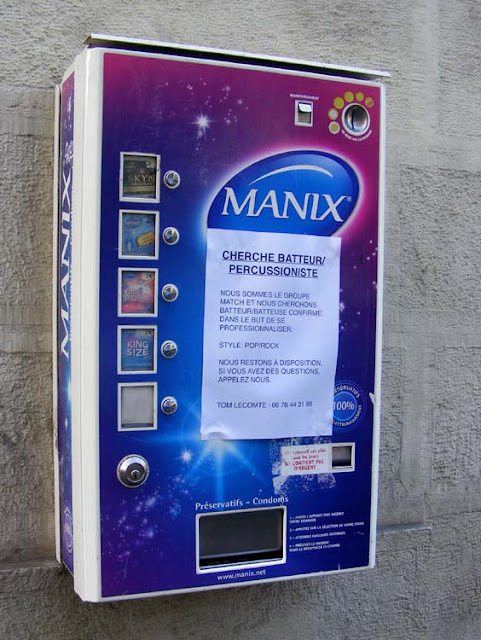 The first trick of advertising is to place your advertisement where your target audience will see it.  So if you were a rock band looking to recruit a drummer where better than a condom dispensing machine to post your ad?

Simon spotted this after parking Claudette in Boulevard Heurteloup one morning recently. As we came back to the car I photographed it and we stood there for a minute or two laughing and talking in English with our American clients. As we were walking away I noticed the window cleaner who'd been working within earshot go up to the condom machine and peer at it in a bemused way. I went back and explained to him in French what had amused us so much. He's probably still thinking 'those crazy Anglos' though.