The Origins of Fontevraud

At each point of interest there is an info screen. 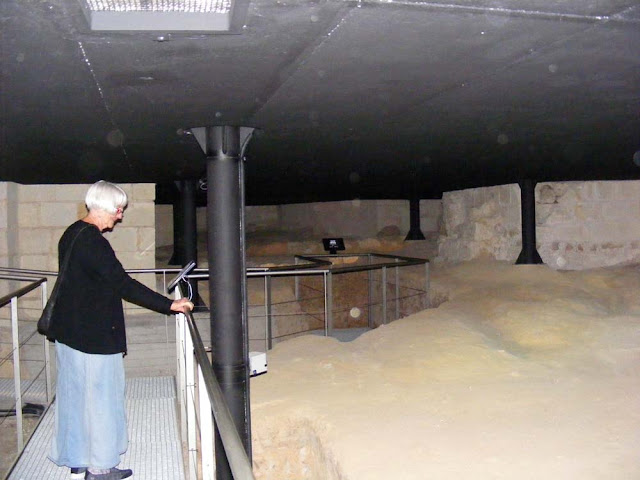 This year the Abbey of Fontevraud has opened up the 'crypt' under the church. More properly it is the space under the church floor which was dug by the young archaeologist Daniel Prigent and his team in the 1990s. They discovered the grave of Robert d'Abrissel, the itinerant preacher who founded the abbey in 1101, and the nuns' catacomb. In total a hundred or so graves were investigated, nearly 900 years after the burials took place.

Grave cuts in the limestone under the church floor. 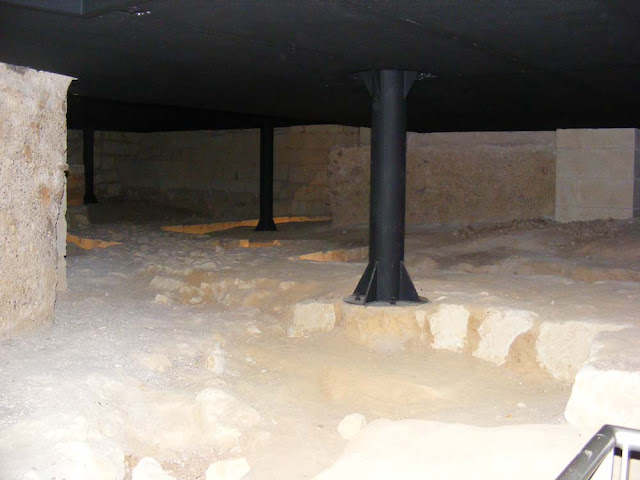 At its peak Fontevraud was one of the largest monastic establishments in Europe. Now the 'crypt' is presented to the public, who descend a steep narrow metal staircase to a metal walkway. Along the walkway are screens at points of interest with clever animated explanations of what you are seeing. These have been designed by the artist Eve de Roeck.


These blocks of stone have the mason's mark on them (a roughly incised square).
He would have been paid based on the number of blocks he produced. 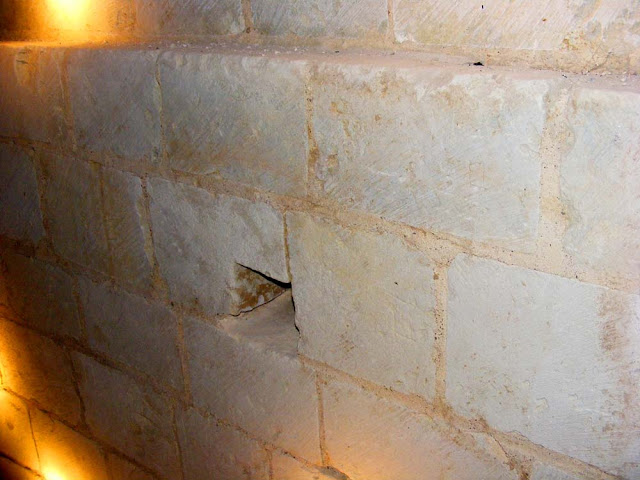 It is a fascinating place and well worth a visit... I love the old pictures that the nuns defaced!!! Must visit again sometime.

These days you can stay there as well as just visit. Being a guest in the hotel apparently gives you access after hours to the abbey. Wouldn't that be exciting?!

Re the defaced pictures, do you mean the chapterhouse , where they had their portraits inserted into earlier wall paintings? Or have I missed something even more entertaining?

Your correct the chapter house.

Thank you for writing about your experience visiting Fontevraud.

I confirm that the Abbey stays open 24 hours a day for the guests of Fontevraud L'Hôtel.

Here is their webpage: http://hotel-fontevraud.com/en/

Bonjour Olivier. Many thanks for the extra information.