David says make the salted butter caramel first,
but I suggest making it while the icecream mixture chills overnight. 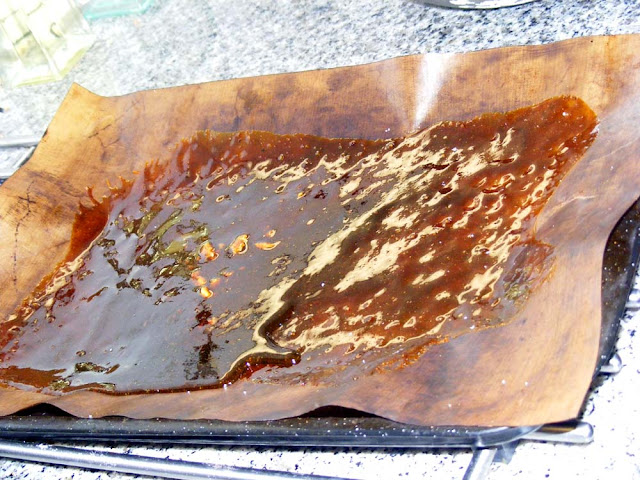 Salted caramel icecream is called crème glacée au caramel au beurre salé in France. The worldwide spread of the concept of salted caramel is a 20th century one. It's a great favourite with almost everybody so I decided to give the icecream a go at home. I used David Lebovitz's recipe, which looks complicated, but isn't really. The result was delicious. I even served it up to French people and they loved it. 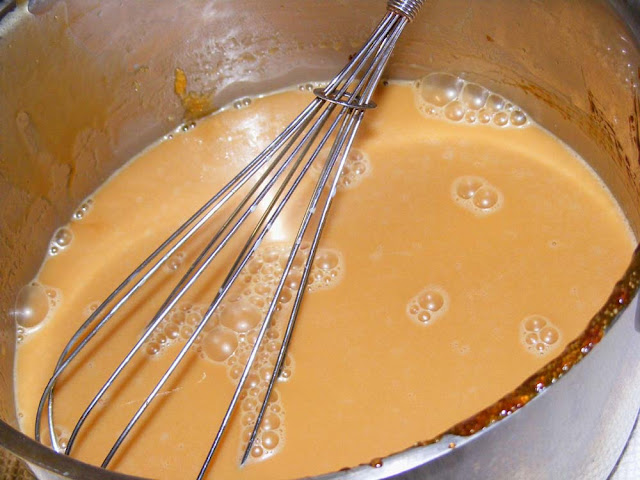 In the 14th century people relied heavily on the ability of salt to preserve food. In 1343 Philippe VI formalised and tightened the gabelle, a tax on salt. In effect salt became a royal monopoly and was stored in warehouses known as greniers à sel. Anyone who bought salt was taxed and all salt had a traceable chain of supply. However, Brittany was an independent duchy at this time, and did not have a salt tax. Salt there was very reasonably priced and no one stinted in its use. In Brittany one could afford to salt butter to aid its preservation, whereas in France salt was too precious to use in butter. So to this day, in the north west everyone eats salted butter, whereas unsalted butter is favoured everywhere else. 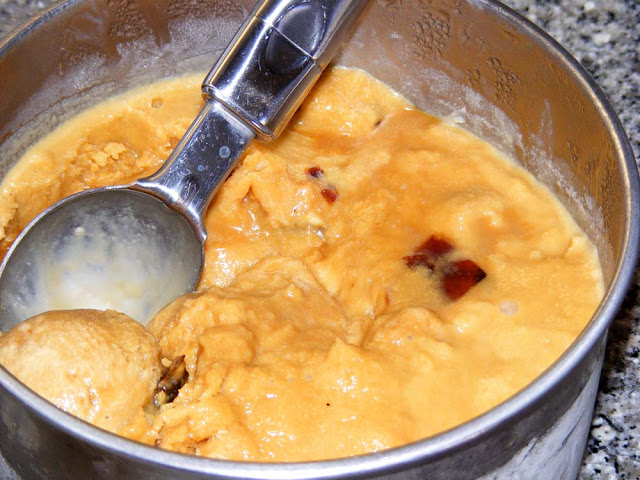 Breton cooks have long made salted butter caramel for domestic consumption, but it wasn't until 1977 that it was 'discovered' by a wider audience. A French chocolatier based in Quiberon started entering his salted butter caramel bonbons in competitions and they were an immediate hit. Nowadays salted caramel is available as many different products, including icecream, all over the world. 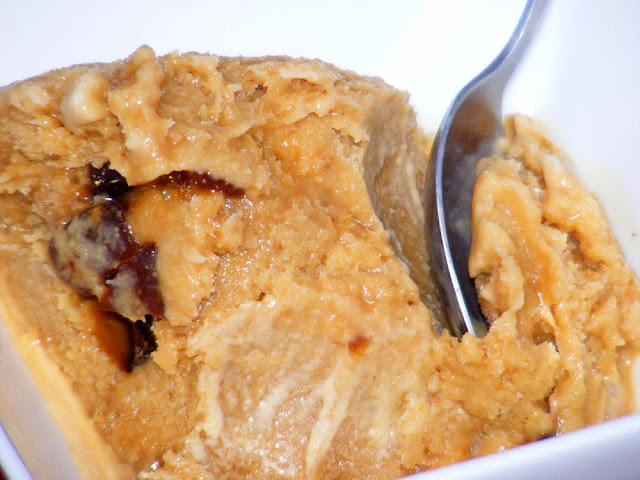 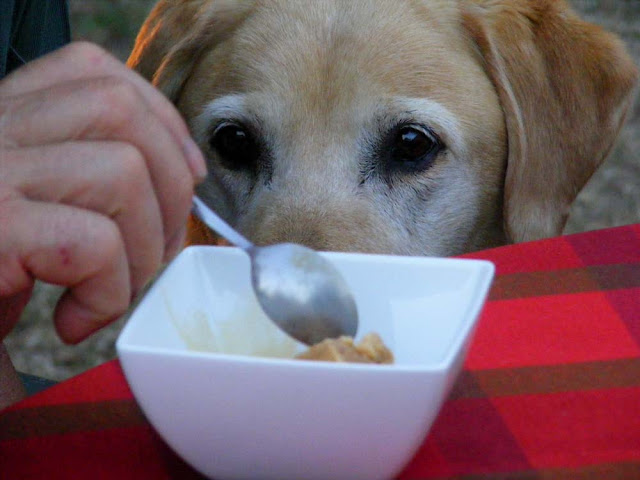 I prefer the version with bits of broken-up caramel in.... but this looks very good! Might have a go at combining the two!!
Or? Are the soft looking dark bits in yours the added caramel??
Damn... too much about caramel au beurre salé!!
I need to make myself a Boost...
peanut butter and plain chocolate spread sandwich... with the addition of some spreadable caramel au beurre salé....
only a tiny amount of the chocolate spread, tho'... else it drowns the caramel!

The dark bits in the icecream are the broken up bits of the caramel in the first pic.

Damn... time for another Boost!

That looks quite delicious. Salted caramel ice cream has become quite the rage here, I was chatting to the girl selling ice cream at our favourite stall on the beach a couple of weeks ago whilst our children we choosing, she said it is the number one best seller this summer. Another favourite around here are the salted caramels, the soft toffees which they make on the Ile de Ré, and probably in masses of other places too!