Who Knows Where the Time Went?

Twenty-five years ago (that's 25 years...) the photo below was taken. Matthew was a young bloke whose mother had convinced to respond to an advert looking for a guitarist to play in a bush band (Australian folk music, that is). We then spent every weekend for almost 7 years travelling around south-east Queensland, playing clubs, pubs, and sports club awards ceremonies. 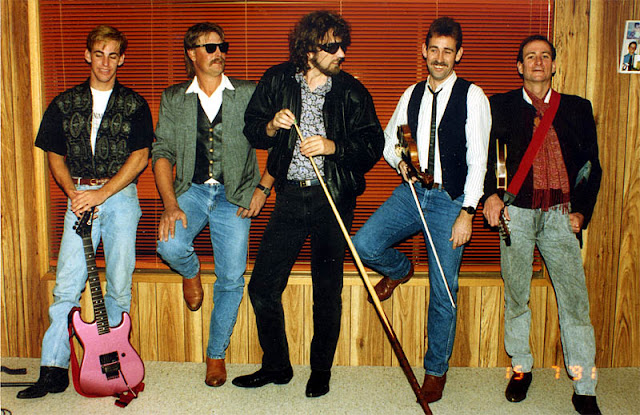 We dont see each other as much these days, but 10 days ago Matthew and I made it into another photo together. It's good to catch up with mates. 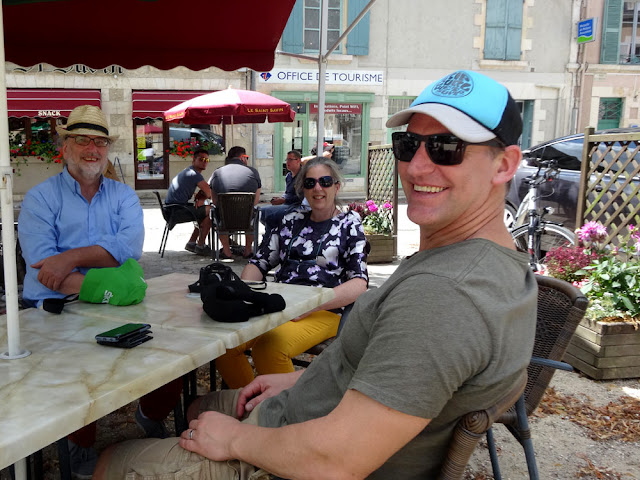 We had a great 4 days with Matt and his wife Nina (who is probably even cooler than Matt - I owe you that one mate...) and we both hope they will return soon.

There are some more old photos of Matt and I in various bands.

While Matt and Nina were here the fan belt in our Ford snapped. This left us at Chenonceau with no power steering, no air conditioning, and without the battery being charged. Luckily we were only 200 metres from a garage. To cut a long story short, we ended up with a new fan belt, and advice to have the alternator checked because it was making a noise. On Wednesday we made an appointment to see Cosson's (the alternator turns out to be OK), and I asked him to check the rear wheels, because Matt and I agreed it sounded like a wheel bearing was getting noisy.

It wasn't a wheel bearing, but both rear tyres were worn on the inside, with the driver's side tyre having the additional bonus of being almost square where the steel belts had started to delaminate. Alexandre was most concerned that we shouldn't drive on tyres that were starting to let go so badly, and we were mortified that the day before we had been bombing along the Autoroute. Luckily, new tyres are on special this week, so we ordered two, and on Wednesday afternoon they were fitted.

The car is now almost magically quiet, but this does mean that one has to look at the speedo more often: with almost no engine noise and no deafening rumble from the back it is very easy to creep past the speed limit.
Posted by Simon at 09:00

My Citroën is not making any noise at all right now, except when I try to start it. It won't start. It's been a week now, but because of the July 14th holiday, the mechanic doesn't open his garage again until tomorrow.

we were lucky - Cosson is also shut for the 4 day weekend, but were able to order a tyre at 10.00am and have it delivered by 3.00pm the same day.

I spose we could have just changed the wheel, but that thought never crossed our mind...

Got my Citroën back, good as before. Clogged fuel filter. No big deal.

excellent. Now you and Walt can sit out the canacule in air conditioned comfort - in different places!