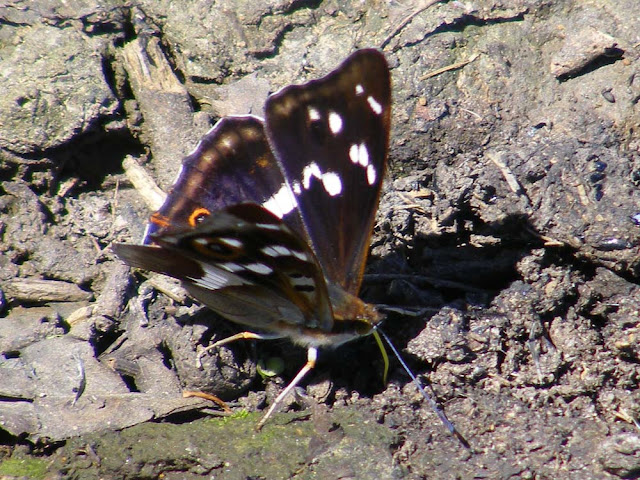 A few weeks ago when my sister and her husband were visiting we decided to have a day out in the Brenne. They are keen bird and mammal watchers and good all round naturalists, so the Brenne wetlands make an ideal outing for them. One of the places we went was the Chapel of Saint Sulpice, which is surrounded by a clearing in the Forest of Lancosme. 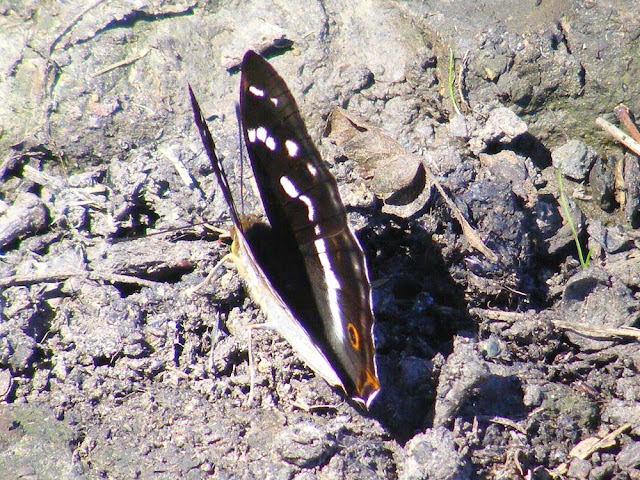 It is a known hangout for the Purple Emperor butterfly Apatura iris (Fr. le Grand Mars changeant), which is at peak adults flying in late June and early July. Perfect timing, and with all the wet weather, lots of mud. The easiest way to see Purple Emperors is when they come down from the tree tops to suck up minerals from mud (and fresh poo -- they aren't fussy...). 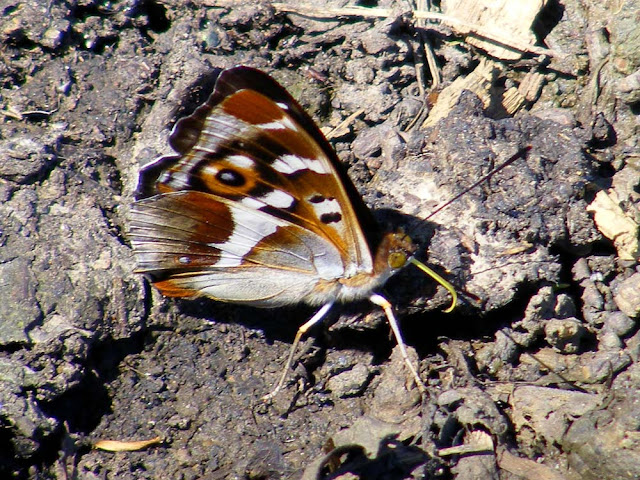 Luckily for us, one obliged and sat on the ground at our feet long enough for me to take sixty photos. Frustratingly, not one of my photos is that killer perfect shot, but I've chosen four of the best to show you. A combination of the angle I was taking the shots, the camera being hand held, and my excitement at getting such a good view of such an iconic butterfly means that every shot is slightly fuzzy. 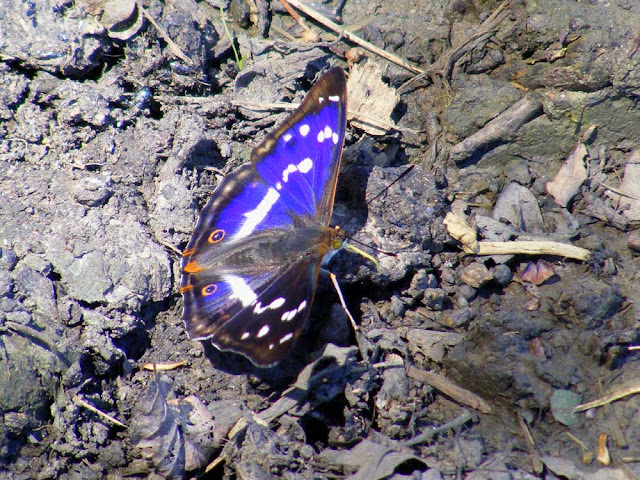 They are not an easy butterfly to photograph anyway because of all that blue iridescence and because they spend so much time in the treetops. Still, these are better than my previous even blurrier photos of a male, even if it is just because this one isn't sitting on a pile of dog poo (which I didn't think our readers would really want to see, so have never published).

The Purple Emperor is localised and not very abundant but it is conspicuous so it is recorded surprisingly often. Butterfly fanciers like myself get very excited to see it, especially the lovely flashing blue males. The caterpillars feed on willows and the adults can be found in clearings in forests prone to flooding such as Lancosme. They can be distinguished from the Lesser Purple Emperor Apatura ilia, which also occurs in the area, by their lack of an eye spot on the upper side of the forewing.

Email ThisBlogThis!Share to TwitterShare to FacebookShare to Pinterest
Labels: butterflies, nature and wildlife, the Brenne