The Restoration Progresses at Azay-le-Rideau 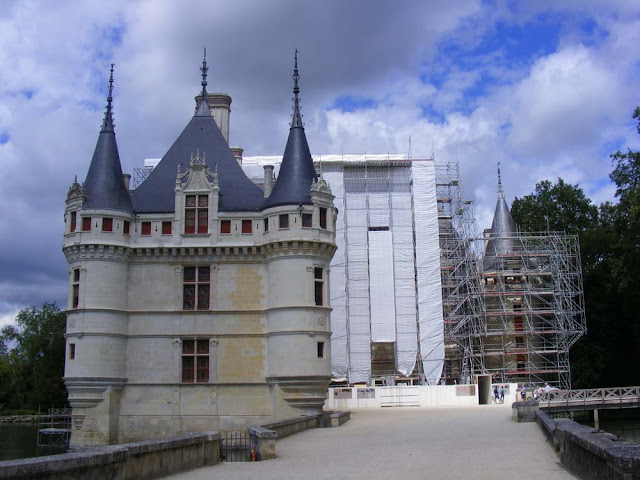 The major restoration of the Chateau of Azay-le-Rideau, a three year project due to be finished next year seems to be right on track. The main wing has emerged from its scaffolding cocoon and is looking very spiffy indeed. (To see the work being done this time last year, go to our blog post here.) 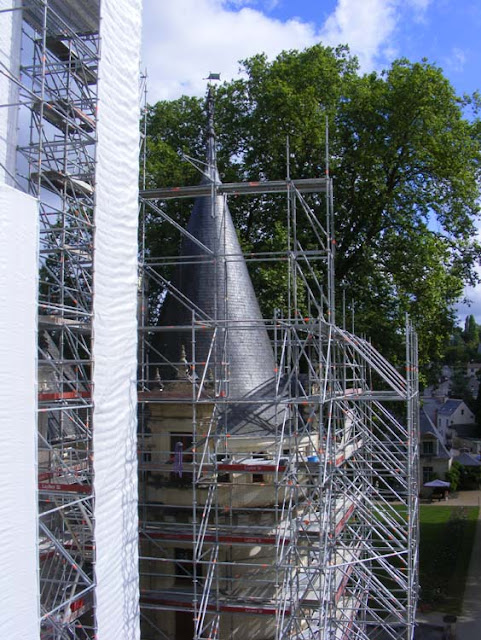 The main staircase has been revealed and now it's the turn of the right hand wing to be covered up and minutely inspected and restored by the conservators. 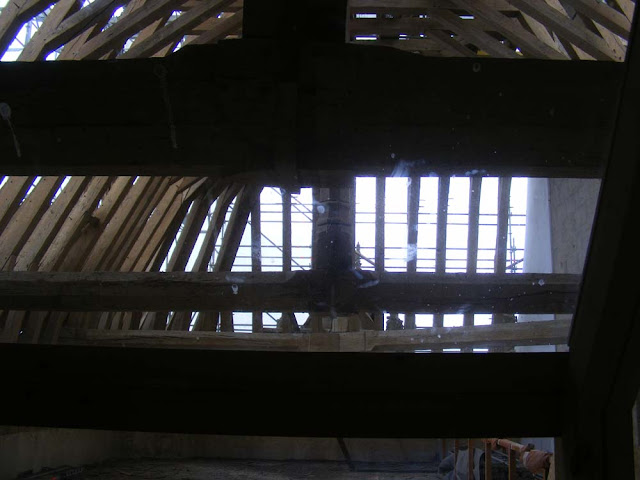 This year the Centre de Monuments Nationaux has been calling for donations to help restore the highly decorative metal finials (Fr. épis de faîtage) on the pepperpot roofs and gable ends of the chateau. The campaign is called 'Ma pierre à l'édifice' (literally, 'my stone to the building'), a phrase that means 'a contribution'. The finials are a rare survival and will cost €10 000 each to restore. Half of the money has already been raised and it is planned to restore four of the finials.

The finials are about six metres high and appear to have been made in the first half of the 19th century, but incorporating much older elements. They are suffering from rust and other corrosions, and need consolidation and repair. The first stage is to identify the different metals they are made of. This will be done by the guild of master roofers, who have the knowhow to work with these metals and will also consolidate the fixations. Then they will be carefully cleaned and treated with a product to prevent the rust and corrosion returning. 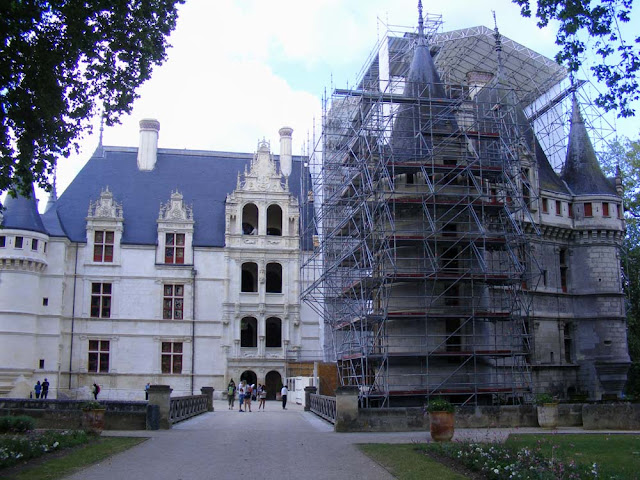 To read more about the Chateau of Azay-le-Rideau, click here for our other posts on the subject.

Email ThisBlogThis!Share to TwitterShare to FacebookShare to Pinterest
Labels: Pictures of Chateaux, Roofing

thanks for this post....Azay is one of my favs....small enough to picture actually living there...it looks lovely