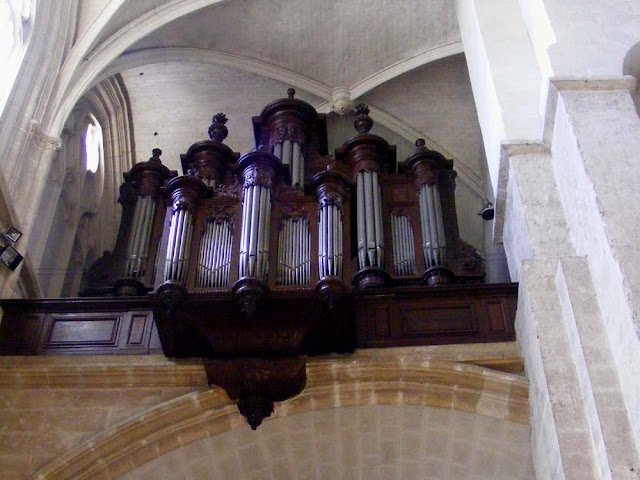 The construction of this great organ is linked to the creation of the diocese of Blois in 1697 and was a gift from Louis XIV in 1702. The project was allotted to instrument makers Robert and Jean Clicquot, who made the organ in the chapel at Versailles. In the 19th century the organ was rebuilt so it could play more modern music. In the mid-20th century some of that work has subsequently been reversed so the organ became neo-classical, and then at the beginning of the 21st century it was returned to its 19th century configuration. 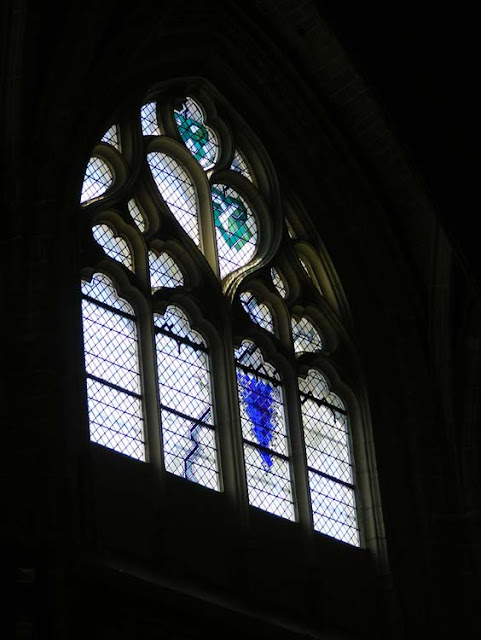 A lot of the stained glass in the cathedral was destroyed by bombing in the Second World War. Thirty-three windows had stained glass designed by Dutch artist Jan Dibbets and made by French artisan Jean Moret installed in 2000. They are deliberately very light, making use of much clear glass to take advantage of the light being reflected from the Loire river. The one pictured above is high on the south side and represents the Vine, symbolising God's people and the body of Christ.


A relic of Charles of Blois. 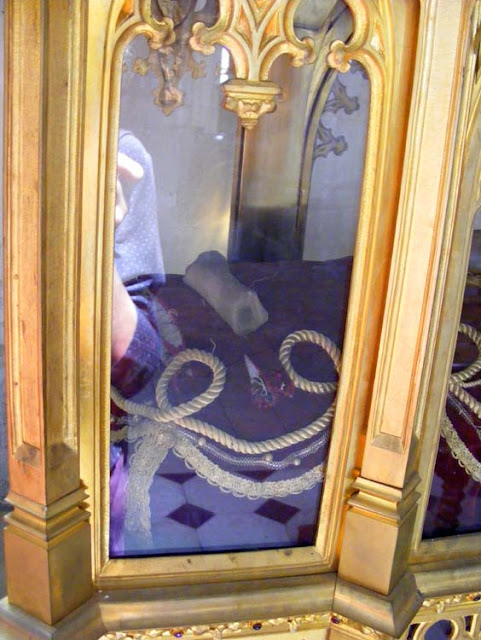 The reliquary of the Blessed Charles of Blois. 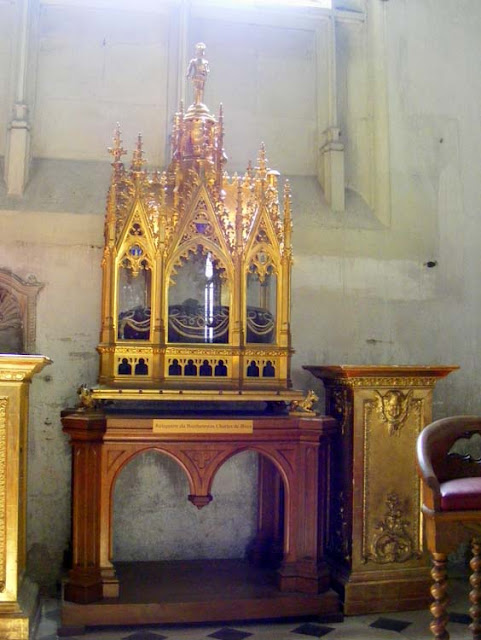 Charles of Blois was Duke of Brittany in the first half of the 14th century, and inadvertently the trigger for the Hundred Years War. He was born in Blois, the nephew of the French king, Philippe VI, the first of the Valois line of kings. Charles was devout in the extreme, going in for all sorts of practices for mortifying the flesh (pebbles in shoes, knotted ropes tightly wounded around his body under his clothes, a hair shirt). He was also a much respected military leader. Because his claim to the duchy was through his wife, the neice of the previous duke, he had to fight for the title against the Montfort family, who claimed to have a better right to the title due to having a male heir, a half-brother of the previous duke. The French royal family backed Charles, the English royal family backed the Montforts. Finally, Charles was killed in battle and the Montforts won the title. Charles' piety was recognised by the Church and he was beatified. His pourpoint, an ornate tightly fitted padded tunic in white and gold brocade, survives and is kept in the Musée des tissus in Lyon. He would have worn his hair shirt underneath this garment. 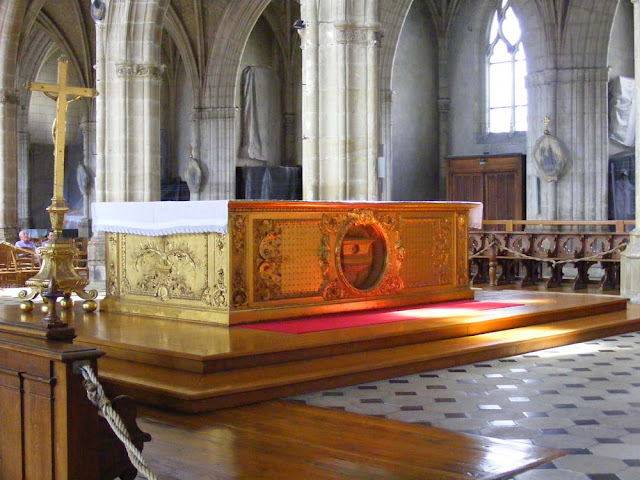 Rather surprisingly for such a grand object I can't find out anything about this altar. 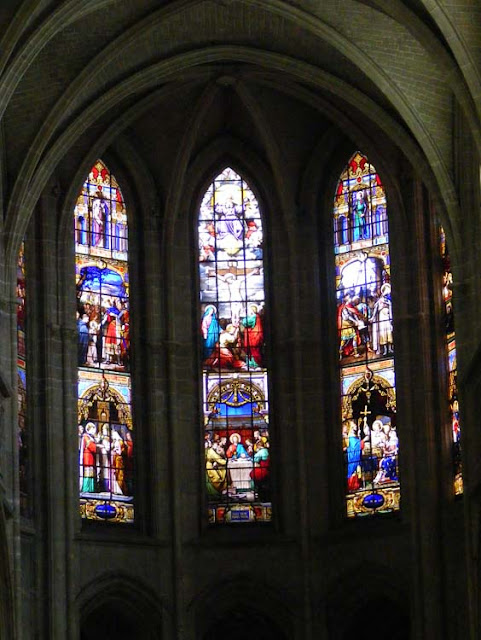 The chancel lancets are by the famous stained glass workshop of Lobin in Tours.

I see you've found the most interesting parts of Blois Cathedral. I'm pleased they have finally finished the renovation outside. All that scaffolding was such an eyesore! Of course, in Germany at the moment we are seeing towns that were also bombed during World War II. What a different world Europe must have been architecturally before 1939.

In fact when I took these photos a couple of weeks ago there was still scaffolding on the side furthest from the Loire, and all the side chapels on that side were wrapped up for protection and closed.