Maiolica is a type of stoneware ceramic glazed with brilliant colours made from tin based glazes. It was an Asian art form that came to Europe via the Moors. It was initially imported to Europe from the Islamic world, but by the 15th century there was high quality local production established in Spain and southern Italy. Some pieces were also decorated in gold lustre. In French maiolica is known as faience, after the Italian city Faenza, which became the most celebrated for the intensity of its glazes and style of decorative platters. In the 19th century there was a revival of this style of ceramics, and works from this later period are known in English as 'majolica' to distinguish them from earlier pieces. Other languages do not have this distinction. 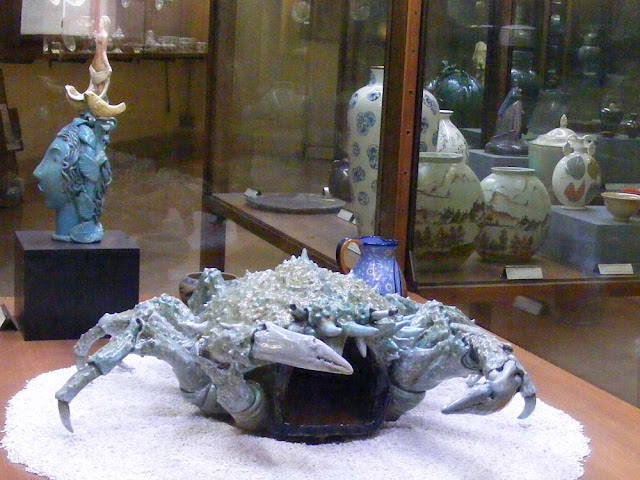 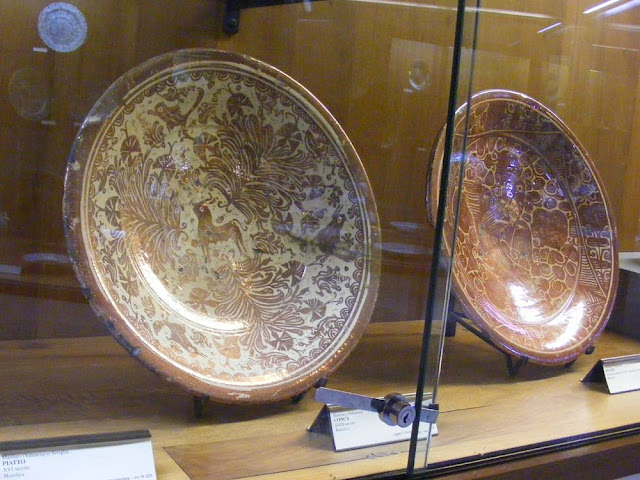 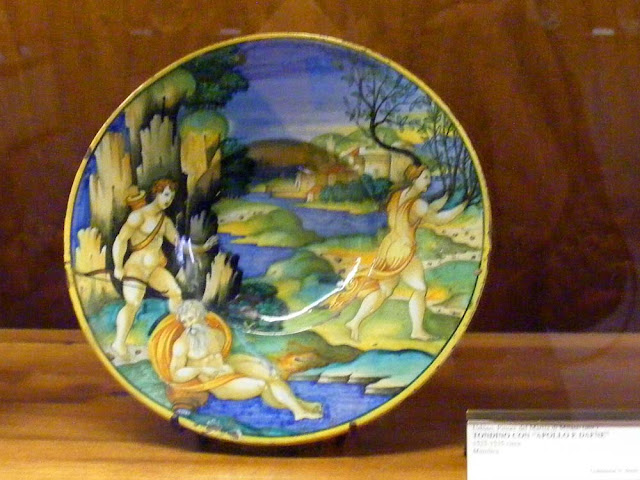 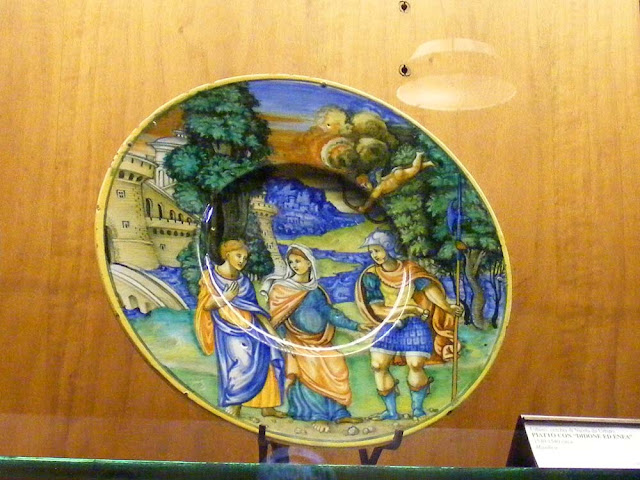 End of the 16th - beginning of the 17th centuries, Venice (left) and Urbino (right). 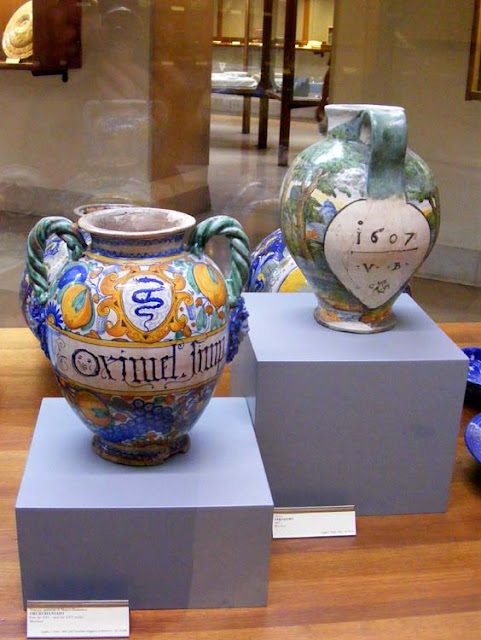 I suspect this one is 19th century, but I forgot to take down the details. 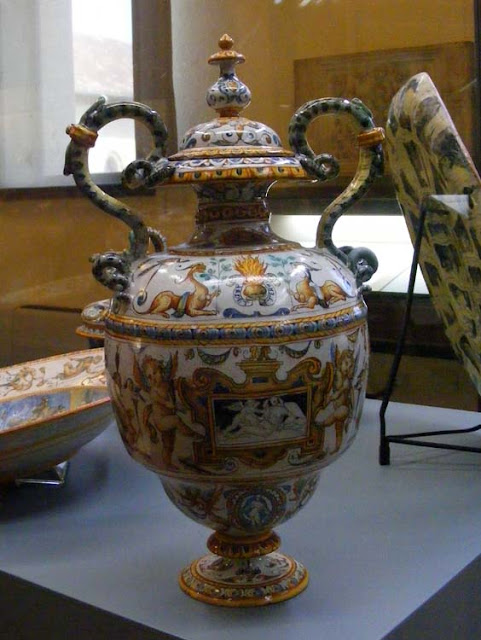 All of these pieces can be seen in the Castello Sforzesco in Milan. If you are interested in maiolica I can also recommend the Wallace Collection in London, and the Chateau of Blois for majolica.

Our blog posts on Mondays concentrate on the northern Italian city of Milan. If you would like to read more click here.