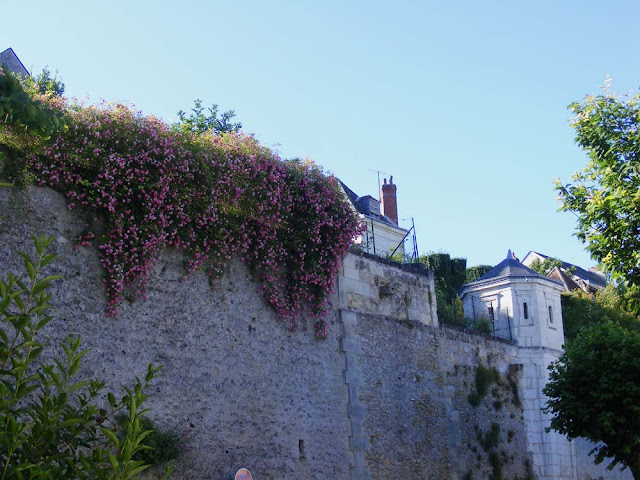 One day a few weeks ago I was waiting in the carpark on the Mail in Loches for Simon to arrive in Célestine with our clients for the day. I was rather early and occupied myself by taking a few photos of the location, including several shots of some spectacular roses in full bloom and tumbling down the retaining wall of the Royal Citadel. 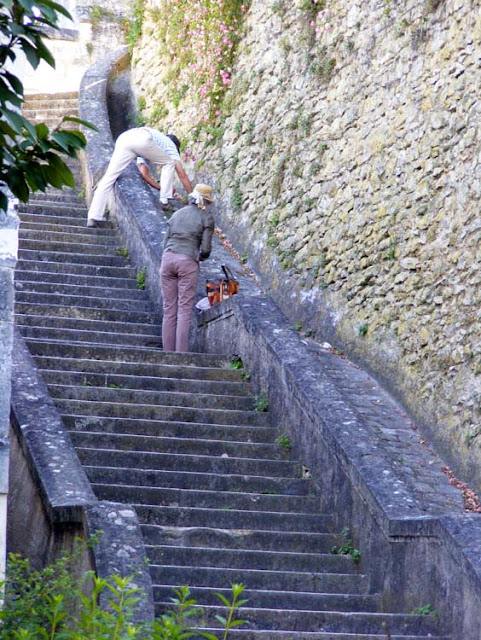 After about five or ten minutes of this a well dressed couple in late middle age appeared and started up the steps. Halfway up they stopped and peered over the balustrade. They could clearly see something they really wanted in the gap between the stairs and the retaining wall. I was far enough away that I couldn't quite hear what they were saying. I managed to catch him saying '...sac plastique...' and seconds later, after rummaging in her handbag, she pulled out a plastic bag. Then they started harvesting dried fallen roses. I took a surreptitious picture. 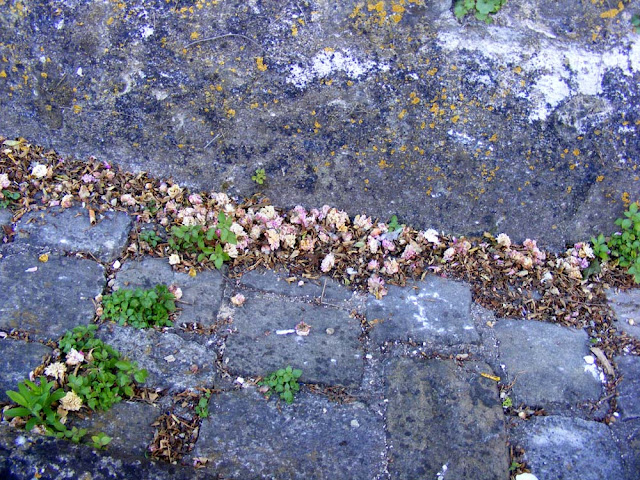 My guess is they had a wedding coming up in the family... 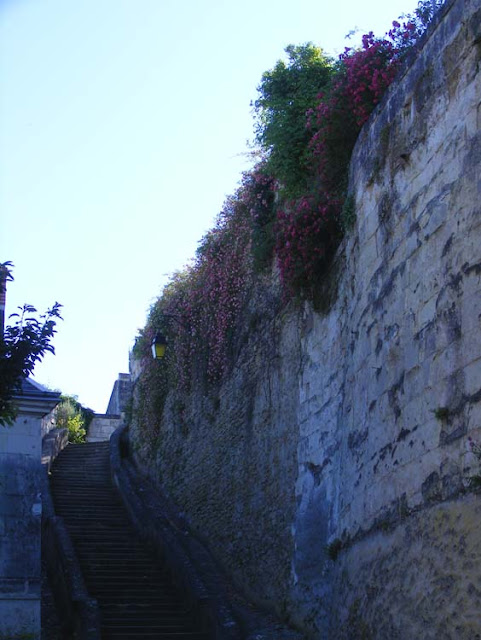 Have been up those steps a few times....

I'm still giggling at the thought!
That is, of course, why they can afford smart clothes...
and probably, a very nice automobile....