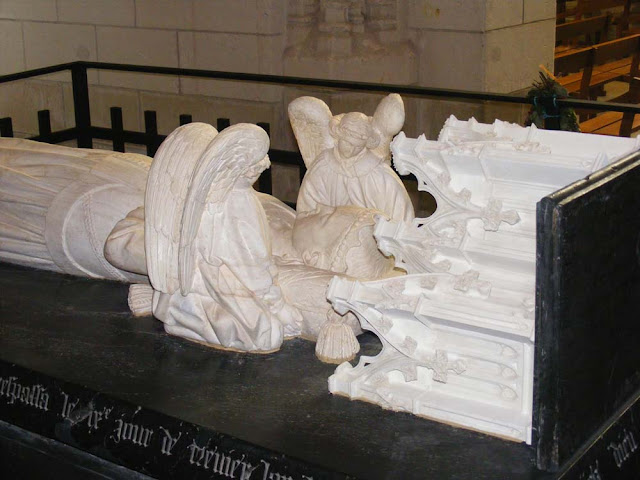 La Dame de Beauté, Agnès Sorel, has been cleaned and her tomb restored to the way it looked in the 17th century (and presumably the way it looked originally). Her alabaster effigy hasn't been so stripped of the patina of age that she looks brand new, but she has been removed from the limestone slab she was attached to in the 19th century when she made one of several moves between and within the church of Saint Ours and the Logis Royal in Loches. 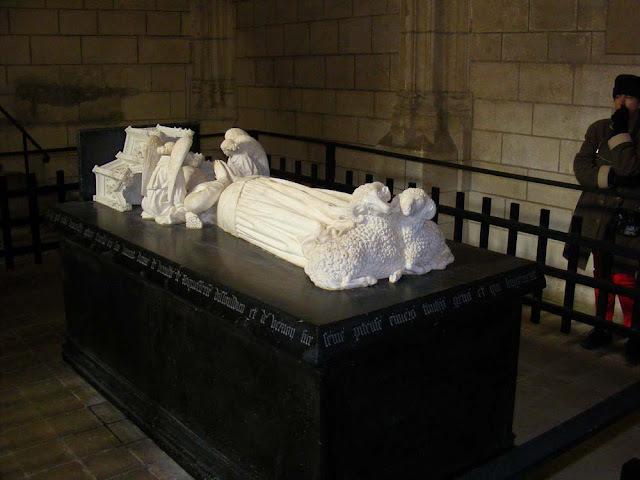 The current restoration is so new that the mortar attaching her to the black marble tomb is still wet and clearly visible. I assume this will dry pale and effectively invisible. The idea of removing her from the 19th century white limestone slab and putting her directly on the black is so that she gives the impression that she is floating, which was the original aesthetic. 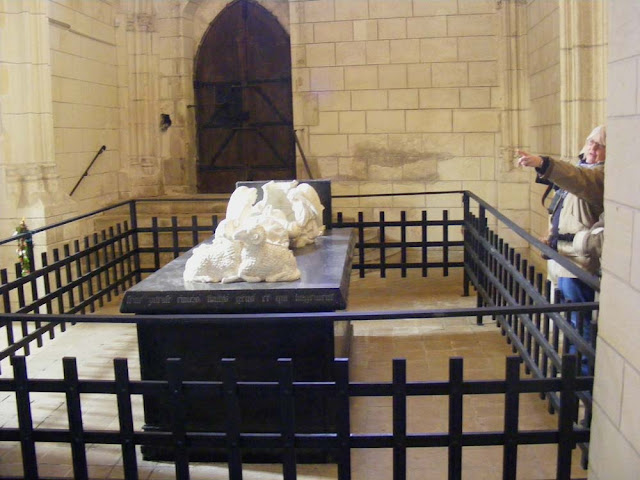 The canopy over her head has been recreated and replaced in limestone (not in alabaster as the original would have been). The decision to use limestone is in keeping with modern conservation practice, to make it clear that it is a reproduction, but still provide the appropriate look to the sculpture as a whole. The original was destroyed during the Revolution I would guess, when the tomb was desecrated. Also replaced is a black marble plaque with a poem carved into the back. These features may not be to everyone's taste as they tend to restrict the view of the lovely Agnès herself. 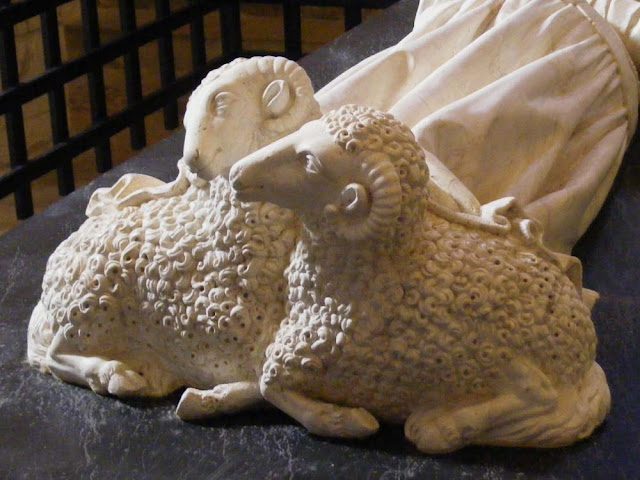 The other thing viewers may be disappointed by is the heavy barricade surrounding the tomb at some distance. It is intrusive but it will certainly prevent visitors touching the alabaster effigy, and perhaps most importantly, stop people placing offerings on the effigy. Olivier, the conservator, was clearly quite exasperated by the evidence of there having been a lit candle placed on her breast, which had left scorch marks on the statue and he was worried he wouldn't be able to get them out when we spoke to him. 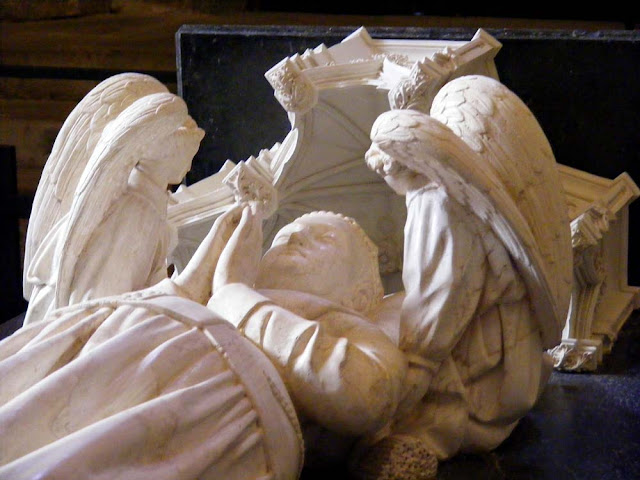 Beautiful - what a shame that people want to leave their own mark. The sheep are wonderfully detailed too.

I'm not sure people want to leave their mark in that way. In their minds they are honoring the memory of Agnes by leaving something in a ritual manner. They see it as romantic, but are completely unaware that putting a candle or flowers on alabaster will leave a stain.

The sheep were apparently augmented in the 19th century restoration. The originals were not so large I believe. Anyway, I agree. The sheep are nice.