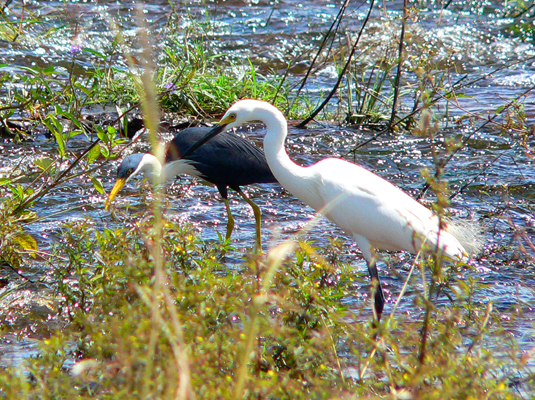 These elegant birds are a Pied Heron on the left at the back and a Little Egret on the right at the front. They are both adults in breeding plumage. 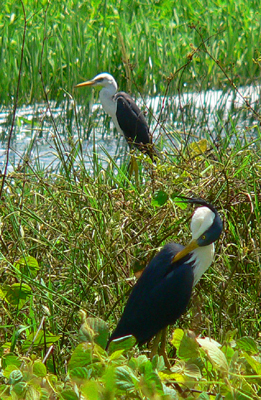 All photos taken at Fogg Dam in the Northern Territory of Australia. The Little Egret is the same species (but different subspecies) to the one we get here in France.

The buckwheat seed box says on the back (my translation):  "Buckwheat, with its well developed root system, provides lots of organic material. Its rapid growth allows it to limit undesirable plants. Melliferous, because very rich in pollen, it encourages the presence of numerous useful insects in the garden, such as bee flies which devour aphids in the thousands." Great, except that bee flies are more likely to smile and politely wave at aphids than eat them. Despite their strapline of 'nature est notre métier', Gamm Vert, who retail the seeds under their own brand, clearly can't tell the difference between une bombyle (bee fly) and une syrphe (hover fly).

As it happens, there was a bee fly in the garden too -- the Dark-edged Bee Fly, always the earliest to appear in the spring.
Posted by Susan at 09:00

LOL, Susan. I guess the marketers who work for Gamm'Vert don't have much training in entomology. Not surprising.