Lunch at Alain and Bernadette's 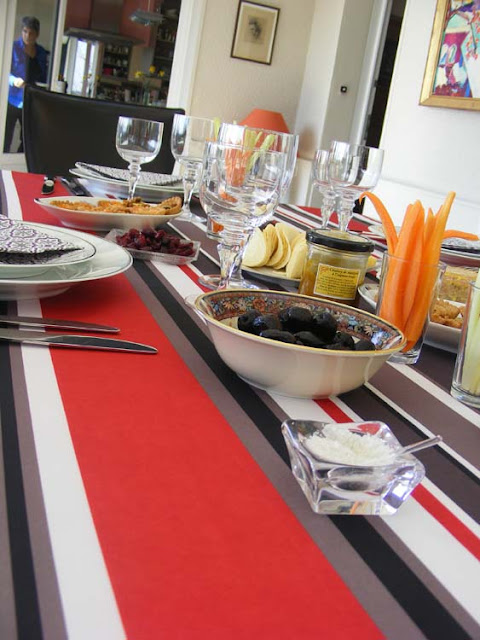 Last Thursday we went to lunch at our friends Alain and Bernadette's. They live on the hill overlooking Preuilly. They bought the house when they retired a couple of years ago. It's a great location, and we lunched in the fabulous conservatory (Fr. veranda) they added to take advantage of the view at the back of the house. 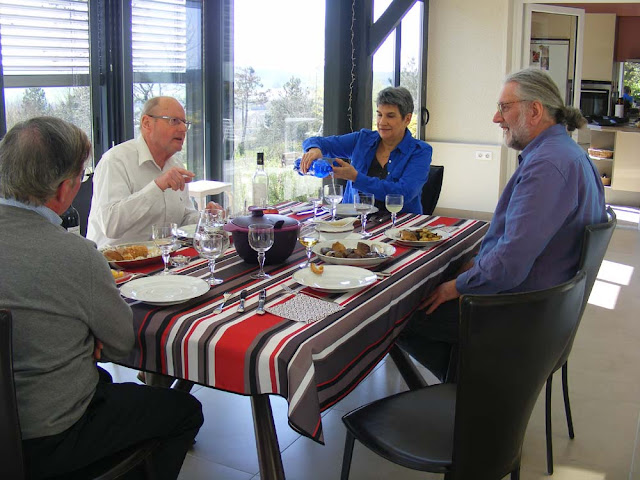 Lunch had a south-western theme, based around duck. Alain is originally from Loches, but Bernadette's family comes from further south, where duck fat rules in the kitchen. On the table when we arrived was a selection of nibbles and a terrine with a foie gras centre, which had come from local producers Maison Perrin. Alain opened a bottle of Loupiac to go with the starters. Loupiac is a tiny AOC that we had never heard of, in the Bordeaux region. They only make sweet wine (Fr. liquoreux), but nowhere near as sweet and syrupy as their sister AOC Sauterne. I liked it, and it was interesting to have something different. 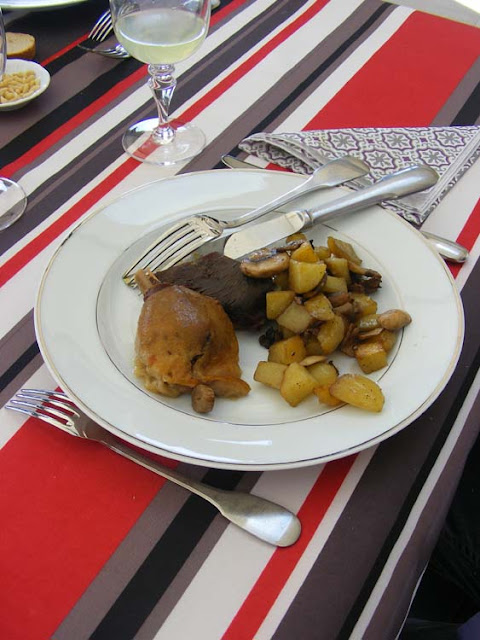 The main course was confit de canard with potatoes and mushrooms. Some clarified duck fat was served in a gravy boat and the wine was a Bordeaux. Duck fat was pronounced 'good for you' and we discussed the different sorts of mushrooms one might forage for this dish. Bernadette said that when she was growing up ceps were the main mushrooms the family foraged and they really only ate those or button mushrooms (Fr. champignons de Paris) and maybe the occasional girolle. Now she lives in Preuilly she has discovered Hedgehog Mushrooms (Fr. pieds de mouton), which she really likes. 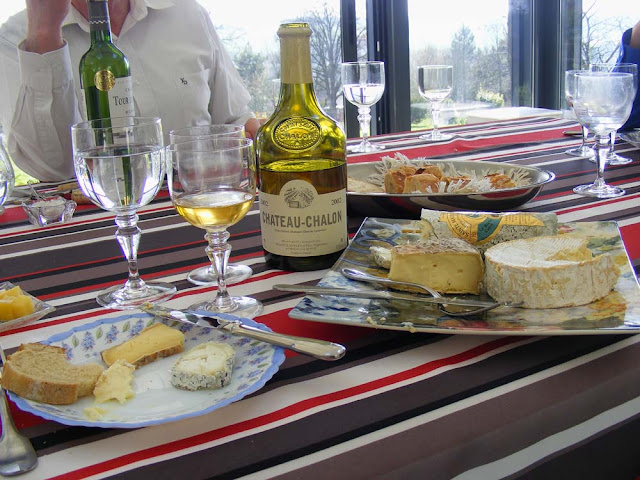 The cheese course was a farmhouse Saint Nectaire, a Sainte Maure de Touraine (local goats cheese) and a camembert. Gérard, who was the other guest, had brought a most unusual wine to go with the cheese. It was a 2002 Chateau-Chalon. This is one of the late harvest wines known as vin jaune ('yellow wine') because of its golden colour. It comes from the Jura mountains and is always bottled in the distinctive shaped bottle you see in the photo. The wine cannot be bottled until it is aged for six years and three months. It is matured in wooden casks which are never filled to the top. The wine develops a film of yeast which gives the end product a very distinctive flavour. You would be forgiven for thinking this is a fortified wine, and apparently the yeast is very similar to the one which develops on maturing sherry. I thought it went fantastically well with the cheese, and was especially perfectly matched with the Saint Nectaire. 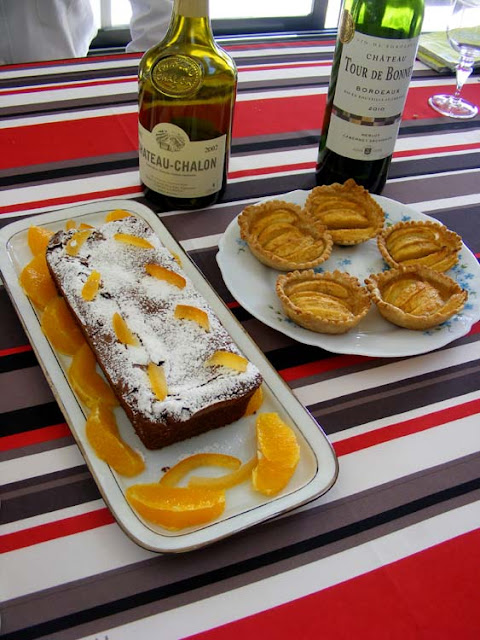 Finally there was a chocolate Grand Marnier cake and some apple tartlets.

Lunch started at 1 pm and we were still at the table at 6 pm. The gathering only broke up because Alain and Gérard had to go to a meeting. It was a thoroughly enjoyable meal and the nicest company you could possibly want.
Posted by Susan at 09:00

Château-Chalon as well as Arbois is the wine to have with Comté.