I will admit I haven't put a lot of effort into it (like actually walking over there and having a look), but this mystery object has me.... well, mystified. 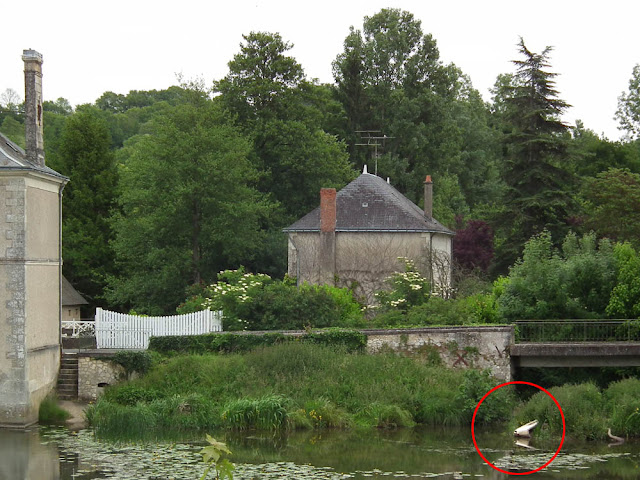 It arrived on the little island on the Claise during the most recent period of rain, when the Claise was running a banker and everything was cold and miserable (3 weeks ago). It's obviously fibreglass, and may be nautical (or the freshwater equivalent). It's not a canoe, nor obviously a boat. 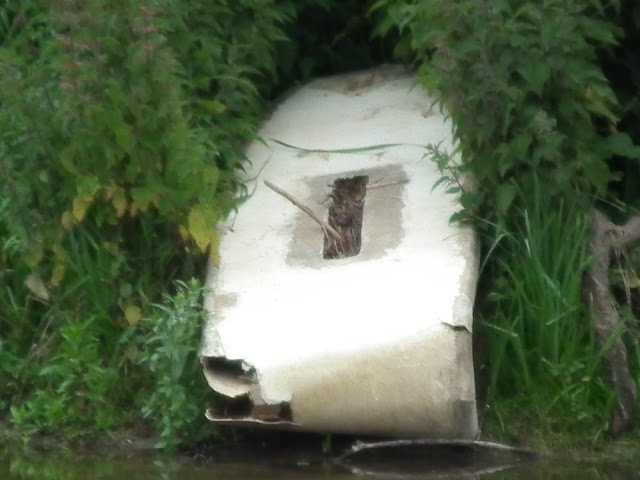 If we have a day where we aren't rushing around busy (and it's cool enough to do stuff) I might wander down and satisfy my curiousity.

Looks like a surf board to me... Better start a search for the surfer!!!

Looks more like a surf ski or paddle board, surfboards aren't usually hollow and not that thick.

I'd never heard this term before: "running a banker". Guessing that means the river was up over, or nearly over, its banks.

Margie is right -- it is definitely not a surfboard. Shame -- I was looking forward to watching the daredevils riding the Claise Bore...