Recently I visited Benoit Daridan's winery just outside of Cour Cheverny. We had been given a bottle of his Romorantin Cour Cheverny wine some time ago by friends Rosemary and Jean Michel, and I was curious to visit the winery itself.

The visit of the Charles Hastings Wine Club and my role in designing their tour of the Touraine Loire Valley offered the perfect opportunity to have a tasting session at the Domaine. 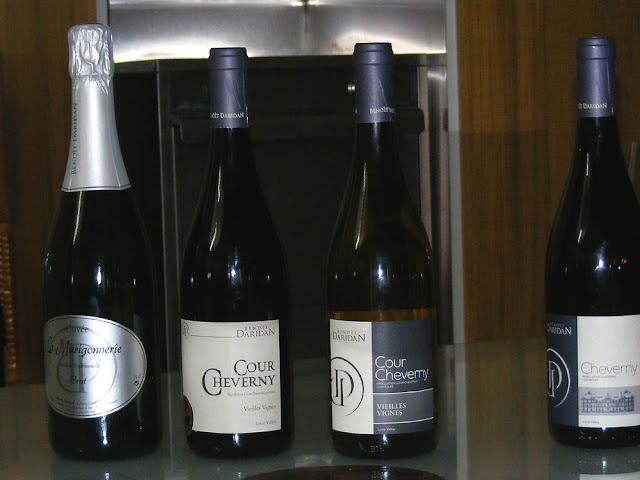 Benoit grows chardonnay and sauvignon blanc white grapes and pinot noir and gamay reds which he sells under the Cheverny AOC. More unusually he also grows a rare grape variety called Romorantin, which is the only grape variety allowed for the tiny Cour Cheverny AOC. It was introduced by Francois I and planted in the garden of his mother Louise of Savoy's chateau at Romorantin. Several parcels of Benoit's Romorantin grapes are more than 50 years old. His vineyard is managed using the principles of agriculture raisonnée (a type of pragmatic organic approach).

The estate is 15ha, on flinty clay soil, situated between the chateaux of Chambord and Cheverny. Two hectares are planted with the Romorantin vines. Benoit is the seventh generation of his family to run the winery and took over in 2001.

Benoit listens carefully to a question about the wines. 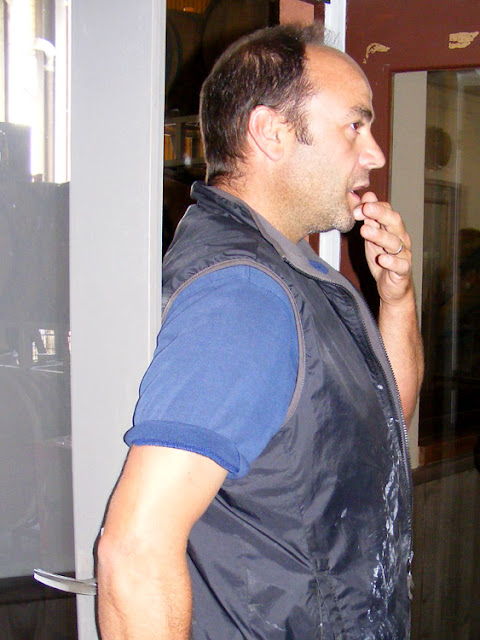 The white wines are matured in Loire oak barrels (unlike the Touraine and Vouvray producers, who use barrels from Cognac) and he exports to Cananda and the USA as well as selling in France. His production is about 120 000 bottles a year, 60% white, the rest rosé and red. The rosé, and some cabernet sauvignon red that he makes, are not AOC, so are sold as vin de table. 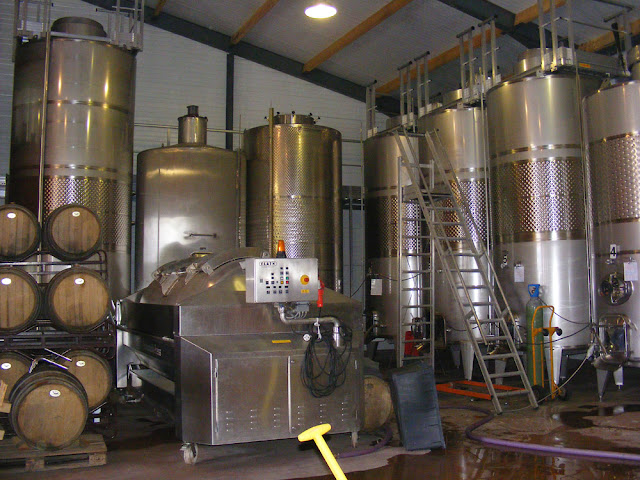 The 2013 Romorantin is from 50 year old vines and barrel aged for 3 months. It's fruity, still young, but already complex. He reckons it will be good to drink for up to 10 years. There are just 55 ha of Romorantin in the world and 10 000 bottles produced every year in total in the AOC. It pairs well with asparagus and goat cheese. The wine we tasted had good length and was well rounded and balanced. Sadly, it struggles to compete in the wider market with the sauvignon blanc grown alongside it and chardonnays from other AOCs because its character is too subtle and not distinctive enough to easily promote. Its value is as a rarity and a local delicacy for the initiated. You will not see it for sale on the big wine merchants' shelves or in the supermarket.

Benoit's Cheverny white is a blend of 20% chardonnay and 80% sauvignon blanc. This is an unusual mix but he achieves it very well (better than, for example, some Australian blends of sauvignon and chenin blanc, where the chenin is used because it is cheaper). Benoit has worked in New Zealand and is used to (and interested in) malolactic fermentation to soften the acidities in white varieties. This differentiates him from his neighbours, who make old fashioned super acidic whites. He prefers to make a modern style of wine.

Mélanie explaining the use of pheromone capsules as
a control for vine moth caterpillars in the vineyard. 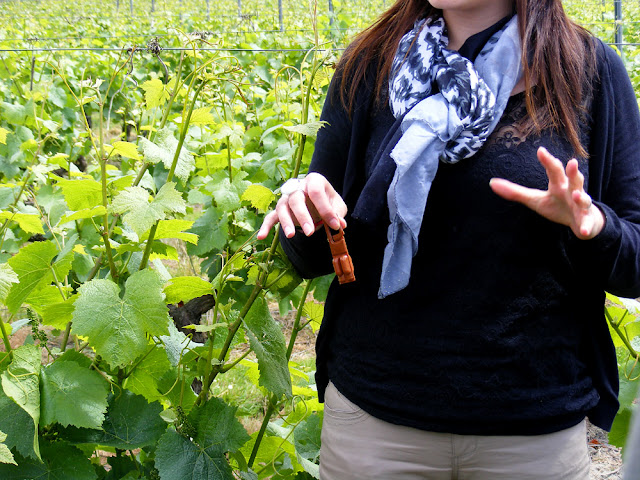 His 2013 red blend of pinot noir and gamay is light and fruity. It is given 3 months in oak and has a little tannin. He says it is best kept for a maximum of 5 years and goes well with meat, charcuterie and barbecue.

The winery can be visited on appointment every day except Sunday and Benoit and his assistant Mélanie speak English. Tasting sessions which include a visit to the vines and a tour of the winemaking facility cost €5 per person and take about an hour.

We can't now remember where we bought the wine because we don't think we've been to Daridan's winery. Thank you for the tour! We've been twice to the cooperative at Mont Près Chambord to buy cour cheverny and even some rosé recently. The new director is very dynamic and when we were there a couple of weeks ago, his new tasting lounge was nearly ready.