A couple of weeks ago we were using Célestine for work, After leaving the clients I turned the ignition, and instead of the fuel gauge showing me I had 3/4 of a tank it showed nothing. In fact, it showed less than nothing - the needle didn't budge.

We drove to the station service, filled her up, and the gauge showed just over half full, but by the time we reached the garage (about 5 minutes away) it had dropped to almost empty again. A week later the gauge was resolutely stuck on "not saying", except for the occasional time when it showed half full.

This was annoying, and meant that every 150km I was filling her up, just in case.


The fuel gauge is on the left (ESSENCE). In an ideal world, when
you turn the ignition on the gauge shows how much fuel you have. 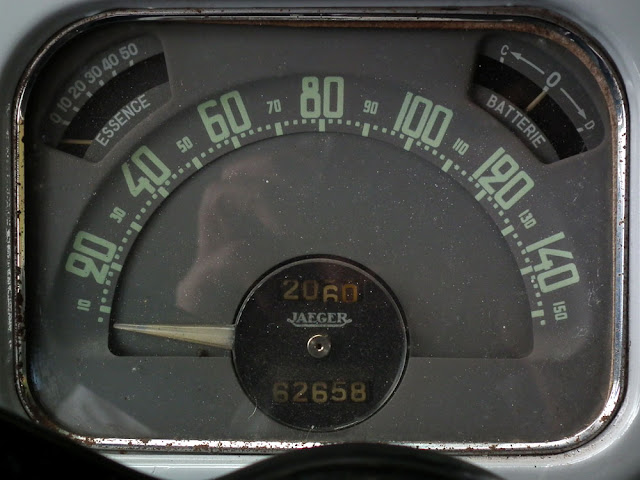 So having a spare day last week (and even though I was on my deathbed with the grippe) we went to Chateauroux and visited Jean-Louis. He decided the problem was the float in the fuel tank not floating (as opposed to the electical contacts at the top of the float being dodgy, which was the other option).


Jean-Loius works on the electrics of the fuel gauge. If you
look you can see right into the tank 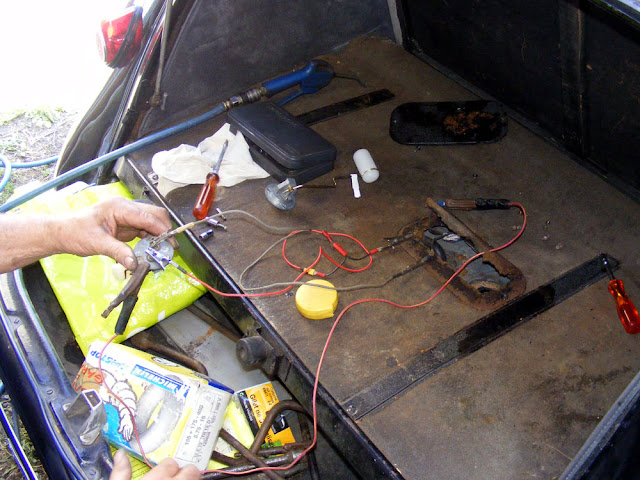 A bit of a clean, a spot of calibration, and suddenly we had a working fuel gauge that shows full when the tank is full: a first, before that it only ever showed 4/5 at most. Also, it appears that at some stage the gauge had been installed the wrong way around so the float was near the edge of the tank, meaning that any slight movement of the fuel made the needle flicker all over the shop. Now the float is in the middle it doesn't wobble all over the place.

Another little win.
Posted by Simon at 09:00

Love Jean-Louis wiring set up... I Have a draw full of similar bits of wire...

Moi aussi... mainly red or black Extraflex cable!! With an assortment of croc-clips or 4mm banana plugs on the end... and... I know they are in the barn somewhere... a pair with a pair of speaker terminals at the end that allow bare wires to be firmly connected...
T