One question we are occasionally asked is "Are you expats?"

To which we always reply "No, we are immigrants".

In fact, if we were brutally honest (it happens sometimes) we would say "no, we are economic migrants".

Of course, economic migrants are exactly the sort of people that some would say are ruining their country, but that's what we are. We came to France because we couldn't afford (or more accurately, didn't want to work the long hours needed to afford) the sort of life we wanted to live in the United Kingdom. 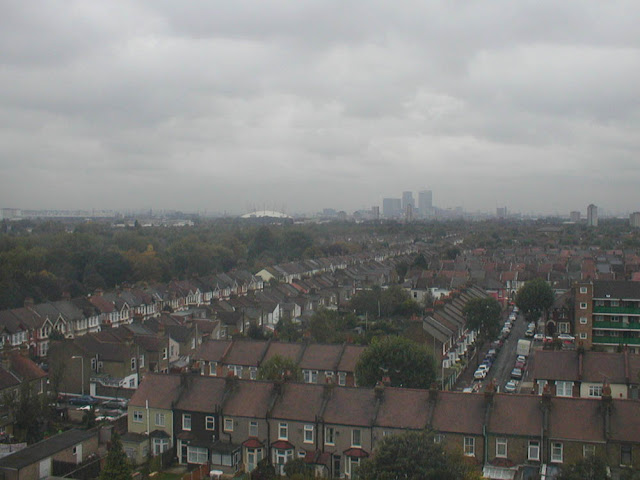 We may not be in France permanently, but it is where our home is, and we have set up a business here. We have migrated. We have no real plans to move on, or return "home". We have joined the French health system, pay French taxes, and belong to a number of French societies. We will probably never be French, but we are here, and trying to fit in. We are even trying (one of us less successfully than the other) to get our language skills in order.

But what is an expat? I always thought an expat was someone who went to another country temporarily because of work, but we have met people who have lived here for many years (often in retirement) who call themselves expats. They have no intention of returning "home", but nor do they try to fit in where they are: they join expat communities, and often seem to hark back to a time that never actually existed - a kind of Victorian world without the grime, disease or rampant crime that Dickens actually wrote about*.

We have met people who are "expats" because they can't stand all the foreigners now living where they came from. I once even met someone in England who said they were going to live in Bulgaria because it was cheap and he couldn't cope with all the ********* eastern europeans coming into the country. (He was a taxi driver, reliably never the most logical of thinkers...) 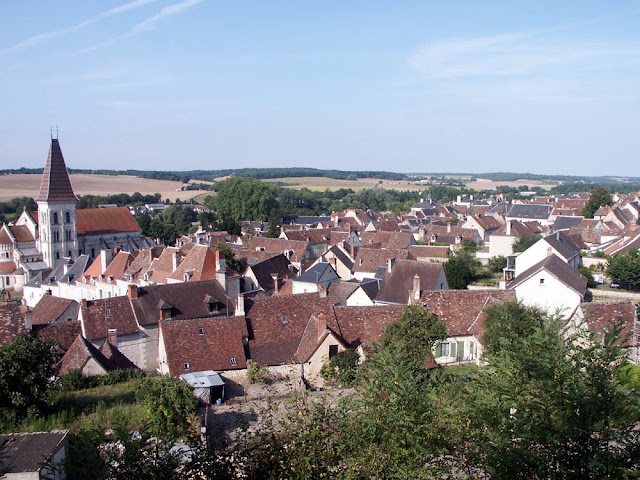 So we have reclaimed the word "migrants". It's what we are. Economic Migrants, just like my parents and millions like them who left the UK for other countries, whether it be Australia, Canada, the United States, or even retirement in France or Spain.

And no better than thousands of people who have left war torn regions with their families in the hope of finding a better life. In fact: maybe they are the true expats, because I have no doubt that many of those people currently arriving in Europe in desperate conditions or hoping to arrive in Australia or the UK, want to return home once it is safe.

Simon and Susan. Serial immigrants, and proud of it.

*actually what they hark back to is about half a paragraph of "A Christmas Carol"
Posted by Simon at 09:00

Nice post, Simon...
ex-patriot to me means someone living outside their country of birth...
or, in the case of Yorkshire folk... anywhere outside the three Ridings!!

Many "expats"wouldn't admit to being economic migrants, but that is what we are...
Pauline et moi just couldn't have been able to dream about owning a property like ours in the UK!!
We are also... climatic migrants... the closest to here in climate in the UK is the most south-eastern corner of GB.... Surrey, Kent, Sussex and Hampshire... and for what we've spent on this, we really wouldn't have done much better than a terraced house with a small, or no, garden.

We are also.... "environmental" migrants.... and I am using that in the general sense... our environment in Leeds was very stressful...
paramedic sirens blasting away almost all day and night...
people using your front garden as a place to pee and to dump needles, empty alcopop bottles and pizza boxes...
people being very environmental at 12 Midnight or later...
taking their empties to the recycling bins before coming back with more....
because the Co-op at the end of the road suddenly changed to a 24/24/366...
for "OUR convenience"!!
Bleedin' not in our case....
the allotments became a haven of calm in a suburb of noise...
which is why we now grow so much veg.....
we became addicted to growing and also preserving!
Here we have the sound of the reversing "bibber" from up at Grandmont as the most stressfull noise....
unless you include the frogs....
we have a wonderful climate without great extremes and an "allotment" that is now not visible from our upstairs window... but half a mile away on foot... it is right outside the backdoor!!
I could go on....
...
...
...
OK!!
I know, I usually do!!

Expat: my understanding is similar to yours ( living temporarily in a foreign country for work ) and that's what the corpo world defines also.
You are an expat for 2 to 5 yrs with all the benefits that come with it ( sometimes with its minuses since one spouse may not be allowed to work and if you have kids - they may not like it) and if you want to stay put, they change your contract to a local one ( the salary may take a hit) , assuming the host country delivers a work and residence permit.
However, with globalization and the movement of people for greener pastures, that word has taken a new direction.

Expat sounds upscale, prestigious, and maybe corporate. Immigrant sounds like huddled masses waiting to be allowed to enter a new country. Migrant, to me, means something entirely different — maybe you don't have migrant workers in the U.K. or Australia, but we certainly do in America.

I guess I consider myself an immigrant. I don't have any plan or desire to return permanently to the U.S. What does that make me? At the beginning, 12 years ago, I considered myself almost a political refugee. How does that term fit into the expat, immigrant, emigrant equation?

In Britain there are many kinds of migrant workers - traditional ones like Londoners hop-picking in Kent (till the 60s) and the Romanies, who are true migrants, not wanderers, as many believe - they have a cycle of regular workplaces through the year, as fruit comes into season or horse fairs are held. Then again there were fishermen and women who followed the herring from Cornwall to Caithness. But now there are a lot of illegals, run by gangmasters who exploit them without mercy, picking vegetables or shellfish or mixing concrete, and who pay them what amounts, after "deductions", to less than the price of a packet of cigarettes.
Pauline

So that's why the word "migrant" doesn't mean "immigrant" or "expat" to me. I guess one could be all three, though. I'm not a migrant. I'm an immigrant, I guess, but I don't think about myself that way, because I've been coming to and living off and on in France for 45 years now.

Hmmm, food for thought. This something that we are struggling to understand here in Australia. The 40/50s brought English, Italians and Greeks amongst other minorities, but they brought their culture to share with us. We are richer for it. The current refugees find it more difficult to intergrate. Maybe in time their children will.