Here and There: Informal Dining Above, the Chinese restaurant and take away, run by a family of Chinese Malaysian immigrants in the small Australian town I grew up in;
below, the nearest equivalent in Preuilly, a creperie, run by a woman from Normandy. 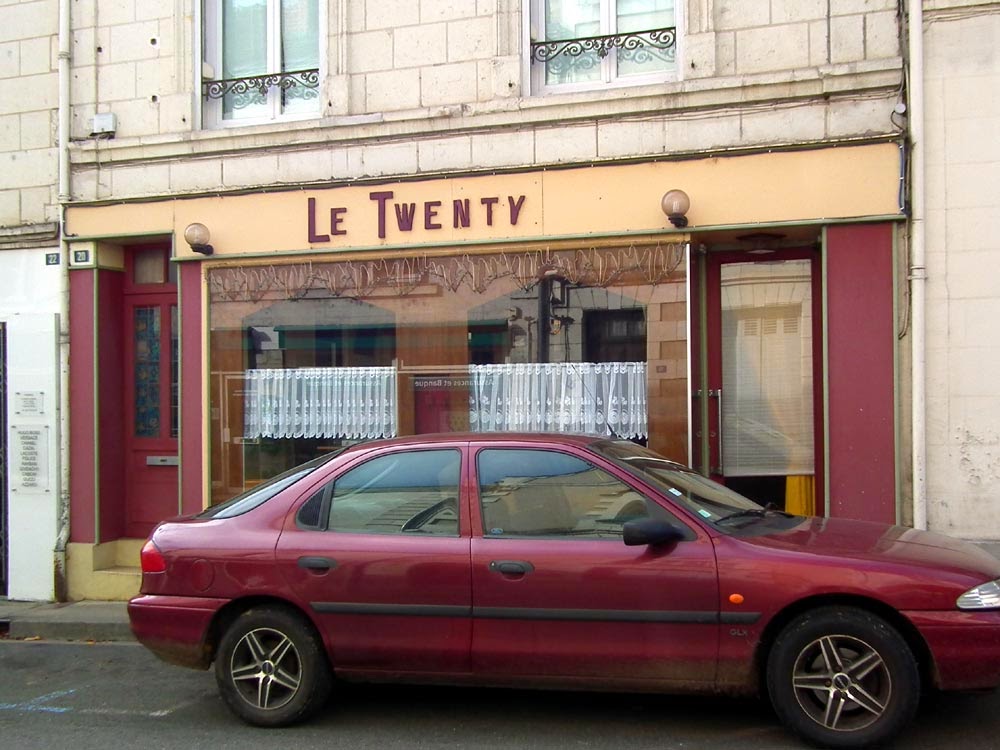 ******************************************************
A la cuisine hier: Fruit mince has been mixed up and set aside to fester for a few days before being made into eccles cakes. I used various non-standard ingredients such as powdered dried cranberries (purchased at Noz, the disposals store, for 99c/500g), homemade orange syrup left over from preserving orange peel, homemade vodka soused sour cherries and homemade sour cherry liqueur. I added some almond meal as I find fruit mince is often too juicy and leaks everywhere when cooked. I'm hoping the almond meal will thicken the mixture as well act as a substitute for suet. I actually have some ready prepped suet (brought over by British friends as it is unobtainable here) but I am taking the advice of this recipe which says it isn't necessary.

Confit de canard, made using my usual cheaty method of slow cooking in a foil parcel rather than in duck fat. So much less fat to deal with, cleaner and safer.
Posted by Susan at 09:00

That recipe for mincemeat looks a lot like the one I use (Hilaire Walden's) without the suet and brandy instead of whisky and the apple isn't cooked. It has to mature for six weeks, just coming up to that. I like the idea of using it for eccles cakes. My Stork cookery book (propaganda at school, early 1960s) has a recipe - I'll give it a go! Pauline

Pauline: I've always made fruit mince with raw apple. I was unaware that some recipes cook it. To be honest, it's the apple that causes the liquid problem. Whisky in fruit mince would be ghastly, totally ruin it. Again, I've always assumed brandy was the norm.

Ken: the recipe is called Revisionist Confit de Canard :-) It's cured the same way and the end result is remarkably similar.

Well, the whole point of confit de canard was that you could keep it for many months in your cellar (because you didn't have a refrigerator) completely covered in the duck fat and protected from air and microbes. Since we don't have to do that any more, I guess the new method works. I'll have to try it. I've made cuisses de canard au vin rouge, sort of like coq au vin, in the past, and it's turned out to be very good. Later this week I'll be cooking a canard aux pruneaux et au vin rouge.

Ken: That's true, you lose the ability to preserve it in fat in the old way, but the freezer is my friend :-)

Taste and texture are probably not the same.

Ken: Hmmm dunno about that. I would have said very close to the 'real' thing.