Australian cities and towns are finding that foxes are increasingly taking up residence in urban areas. But they aren't the introduced pest Vulpes vulpes. These ones have wings and are otherwise known as fruit bats.


Grey-headed Flying Foxes Pteropus poliocephalus roosting in Sydney Botanic Gardens (that's right in the middle of Sydney, next to the Opera House, on the harbour). 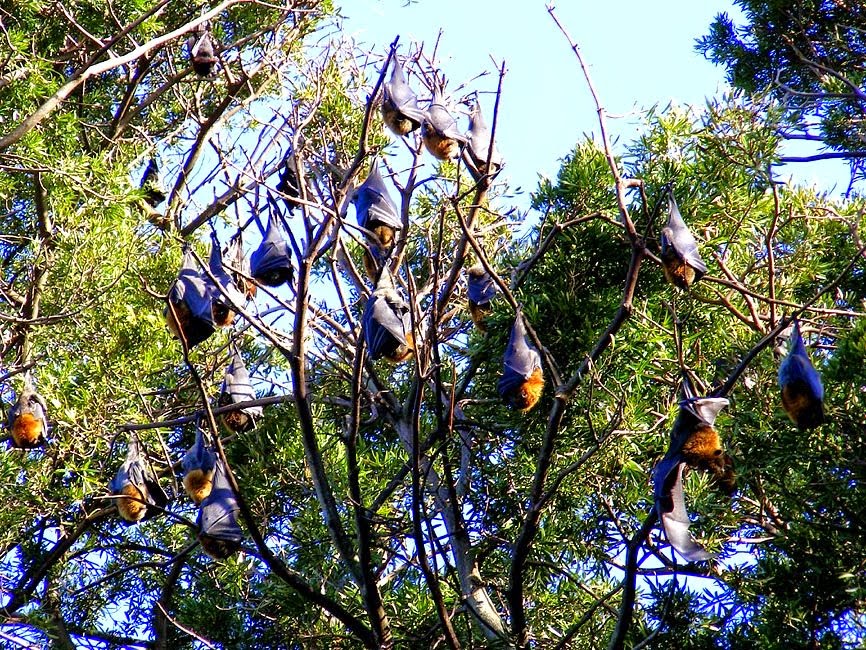 They can live in colonies numbering thousands of large, noisy, stinky bats. Worst of all they are vectors for several serious bacterial or viral diseases. The most well known of these, Hendra virus, cannot be contracted by humans directly from bats. The bats transfer it to horses who munch on fruit the bats drop. The horses amplify the virus and people in contact with them can then catch the virus. Four people have died so far. I have friends who have personal experience of how dangerous to human health these bats can be, and I can totally understand why they feel the bats should be removed from urban areas.

Unexpectedly, the flying foxes do not seem to be moving to the suburbs because their wild habitat is being overtaken by development. They are relocating because they like living in towns -- there are fewer predators, more food and more shelter.

The bats are not entirely living the good life though. Last summer and again already this summer Australia experienced some severe heatwaves, with many places having 5 days of maximum temperatures in the high 30s or 40s and minimums in the mid-teens. The weather proved too much for thousands of fruit bats, who simply dropped dead from the heat. In a number of places local authorities scrambled to collect the bodies which ponged and constituted a health hazard. The shocked wildlife rescue organisation WIRES sought volunteers to raise orphaned babies. As a local authority manager in an affected area said, "Whatever anyone's opinion is either side of the bat debate, no one wishes this sort of tragedy on the bats."

But living with bats is not all negative. Many Australian plants rely on bats for pollination and spreading seeds. They are an important part of the Australian ecological picture.


A flying fox heads out for a night of stealing people's fruit from their gardens in the western New South Wales town of Moree. 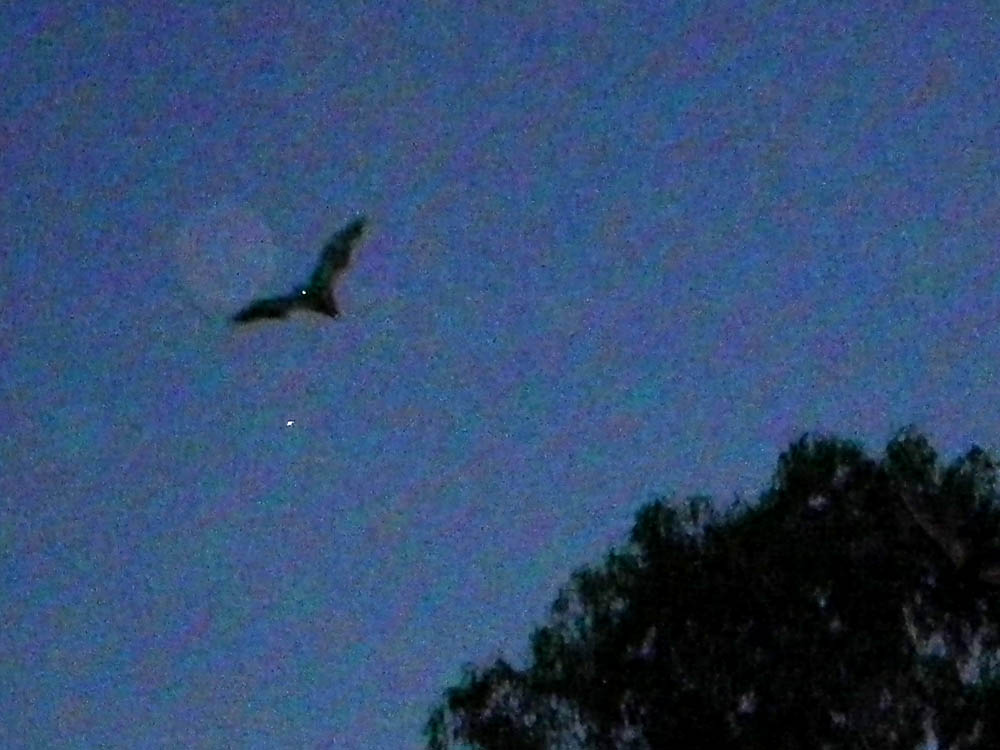 Believe I heard that Ebola is
carried by fruit bats in West
Africa.

Sheila: I think it's suspected but not confirmed. There's a wonderful post by research biologist Jen Guyton on the subject here: href="http://thesmallermajority.com/2014/11/17/african-bats-conservation-in-the-time-of-ebola/">

Little mongrels ate all 4 bunches on the Lady finger banana trees in the yard, I didn't get any fruit this year.

Margaret: Yes, it's too bad if you want to harvest any fruit once they've moved in.

Yuk. That's all I can find to say, although they are animals like any other...

Betty: I wouldn't go as far as yuk but they are stinky!