A Grey Dune on the River Loire 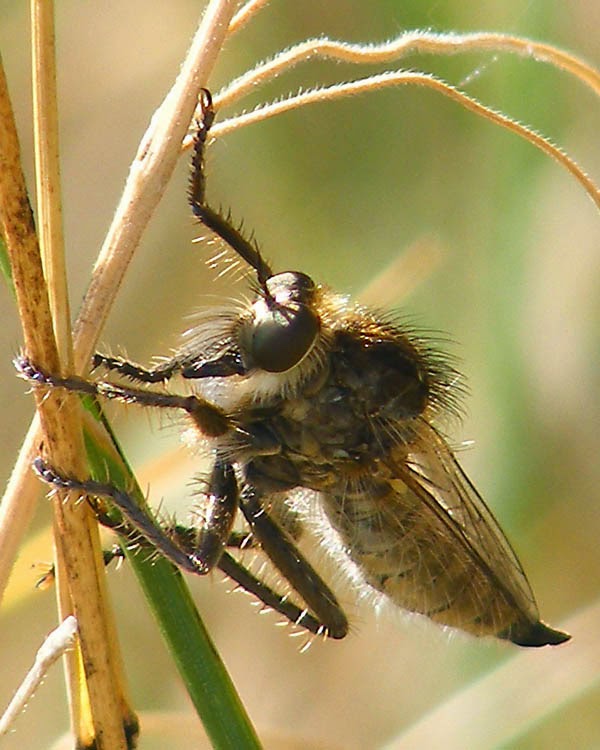 Back in June I went on an outing to the dry sandy grassland called les Pelouses de Bertignolles. It's a nature reserve owned and managed jointly by a partnership between several local authorities (communes) and the Conservatoire du Patrimoine Naturel de la Région Centre (natural heritage conservation for the Centre region). The site is situated upstream of the confluence of the Vienne and the Loire, along the D7, 10km from Chinon. It covers an area of 61.6ha. 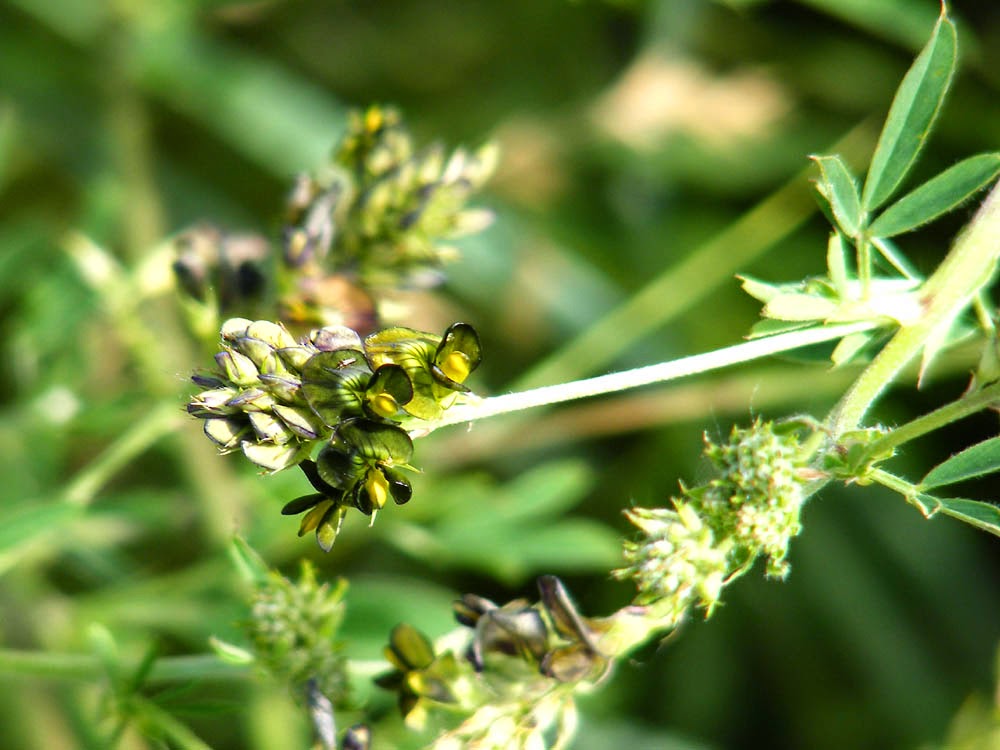 Geographically it falls within the eastern Véron, bounded by the Loire and downstream of the hamlet of Bertignolles. An integral part of the vast common lands of the Véron, which is almost an island, it today forms the last large area of uncultivated land (friche) on flinty-sandy soil characterised by rich and diverse vegetation. The reserve is completed by the presence of an old sand pit which has been turned into a pond (étang).


Birthwort Aristolochia clematitis (Fr. Aristoloche clematite). Not a Richmond Birdwing in sight though...
John Robertson has some interesting things to say about this plant on The Poison Garden website. 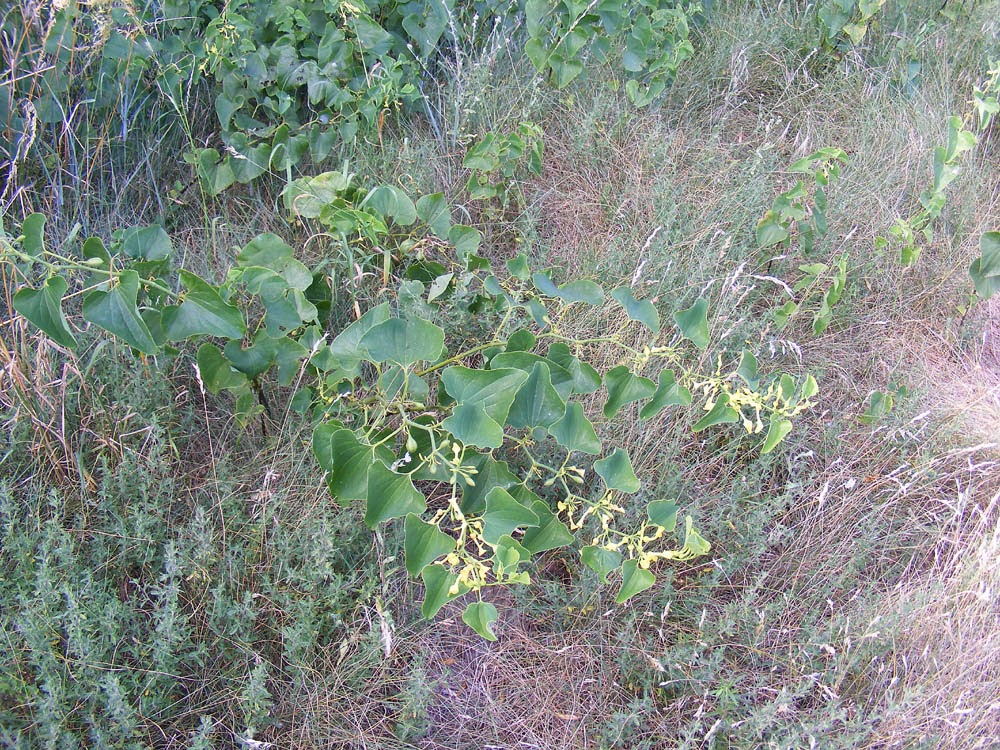 The botanical interest of the site, with about 500 species recorded, is particularly linked to the presence of 11 protected species, restricted to wet environments or dry grassland. This richness is explained by the different habitats which come together on the site (the Loire river itself, riverbanks, trees, dry short grassland, damp grazing land, hollows...) but also because the site represents a biogeographic crossroads bringing together mediterranean species, maritime species and continental species. In addition to this diverse flora the grassland is also made up of mosses and lichens. 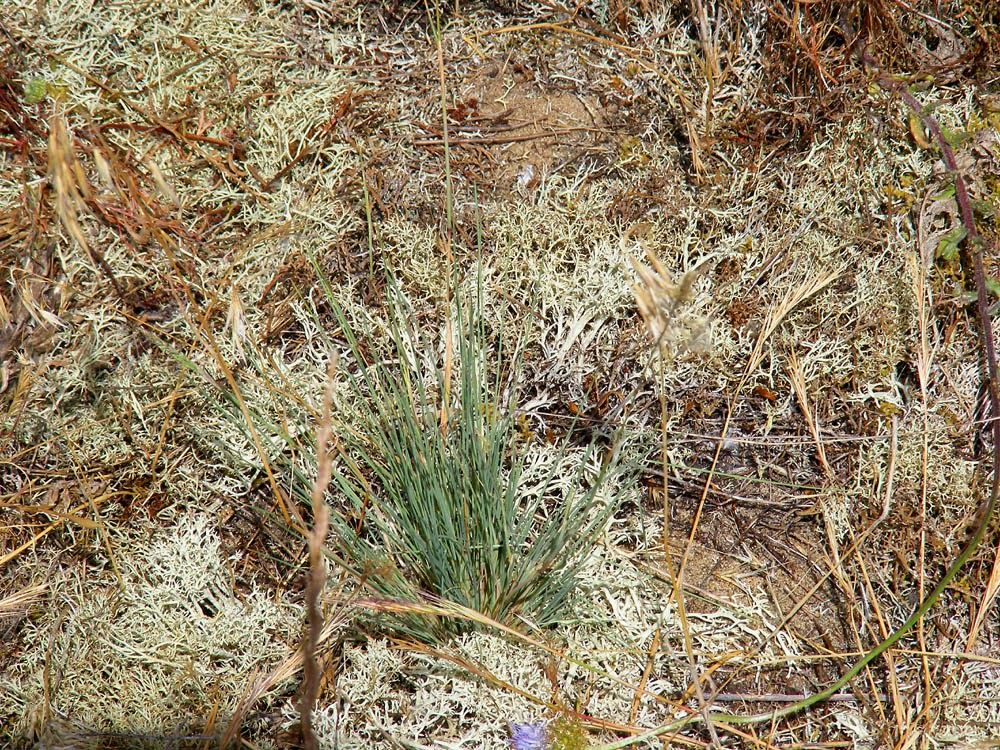 The proximity to the Loire, the open physical nature of the site as well as the presence of an étang go a long way to explaining the current ornithological interest of the reserve, which has around 150 species of birds, either passage migrants or nesting. The reserve also shelters 21 species of mammals, 9 amphibians and 5 reptiles, some of which are protected at a national level. Less well known, the insects are equally remarkable, either because they are on the northern limit of their range or because they are more usually found in mediterranean environments. The significant biodiversity of the site is testiment to the diversity of the habitats.


Dominique Tessier talking about Hemlock Conium maculatum (Fr. la Grande ciguë). This highly toxic plant is sometimes mistaken for parsley and fed to rabbits, who die a few hours after ingesting it. 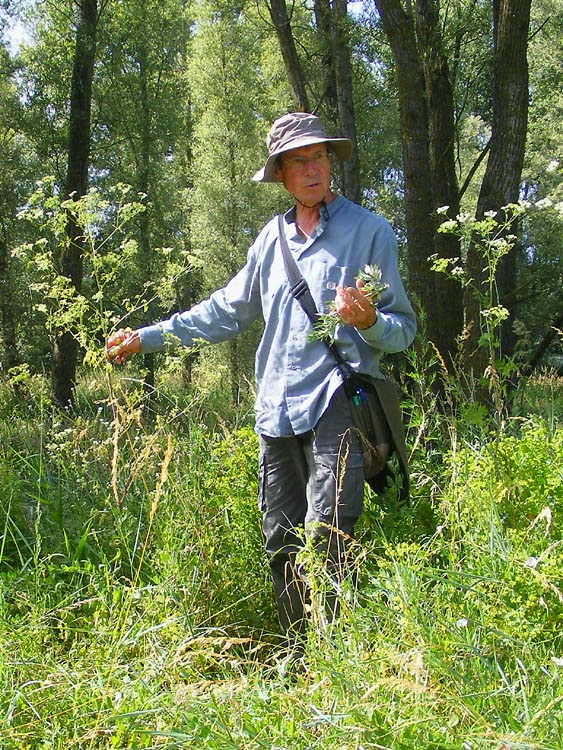 Ironically, these old common lands gain their richness because of the nutritional poverty of their soil. Grazing removes organic matter and maintains this characterisitic. Today, agricultural evolution has driven the abandonment of pastoralism on this type of land, which progressively closes over and gets scrubby, reducing its ecological interest. 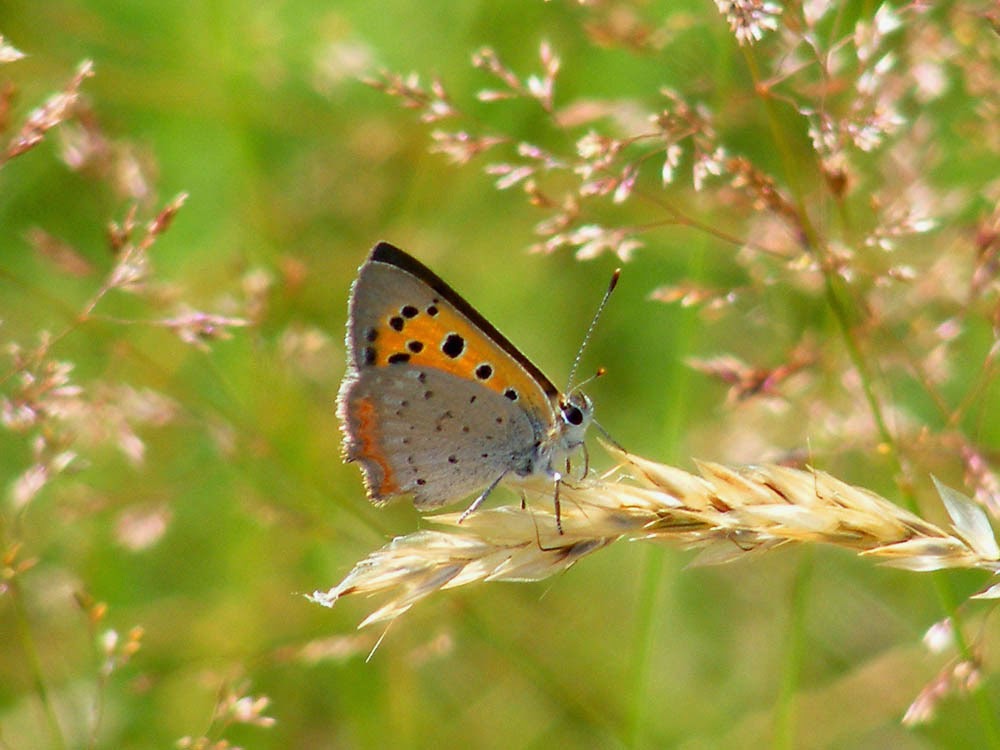 The aim of managing the reserve is to recreate the conditions that traditional maintenance provides, allowing the preservation of the site. While waiting to find a flock of sheep which can be extensively grazed there, the grasslands are currently slashed twice a year and the cut grass taken offsite, in an attempt to reproduce the actions of the sheep.