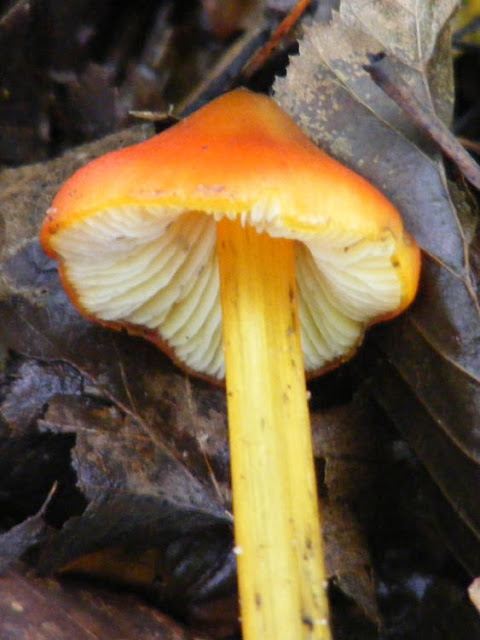 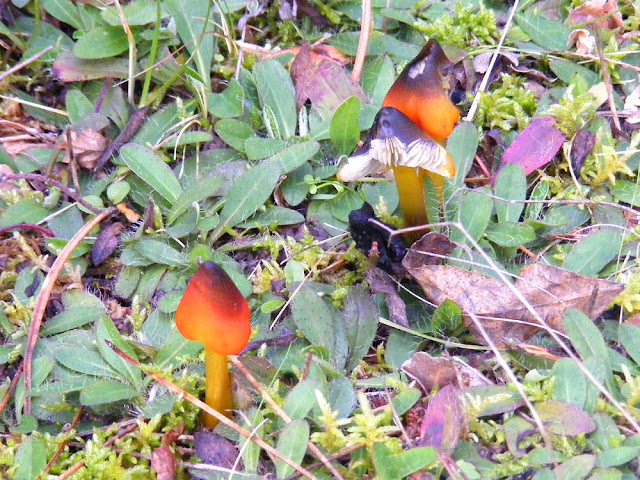 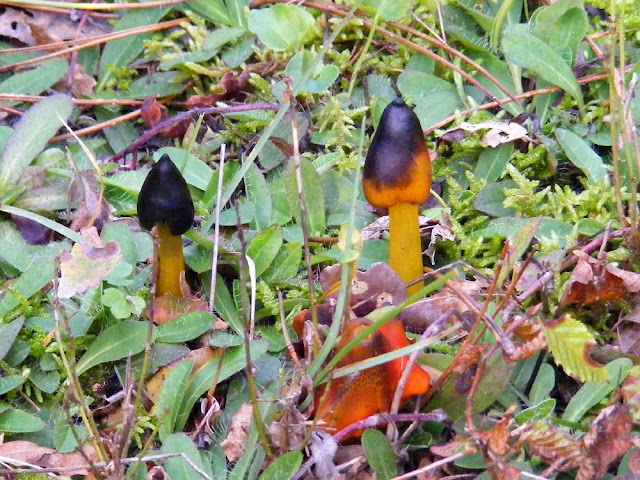 A la cuisine hier: Hoppin' John, served with baked pumpkin (well, for some of us, anyway), Ken's Aunt Chloe's corn pone and steamed spinach. I baked the corn pone in the mini oven and it rose so high I couldn't get it out. In the end I had to hold the tin in the oven whilst sliding the shelf out from under it which then allowed me to lower the corn pone and remove it from the oven. Fortunately the corn pone seems not to have suffered in any way from the slightly unorthodox treatment.

A full assessment of the work required on the Chapelle de Tous les saints in Preuilly has been done and the cost estimated at around €100 000. The restoration was an item on the local council meeting agenda last night but I don't know yet what the outcome of the discussion was.

*******************************************
Butterfly Survey News: I've just collated my butterfly surveying data for the year and if I had to describe the results in one word I think it would be 'dismal', both in terms of total abundance and numbers of species recorded. I didn't manage to do surveys at all in April and May due to the poor weather. The only notable record was dozens of Small White Pieris rapae recorded on agricultural rape in September.
Posted by Susan at 09:00

That isn't my Aunt Chloe's corn pone, but my friend Harriett's Aunt Chloe's. Harriett lives in Illinois, three hours south of Chicago, which is corn country. Her Aunt Chloe lived, I believe, in Indiana. Hope it was good.

Ken: It was good. I've made it several times since you gave me the recipe.

Talking of butterflies: clouded yellows around today. Apeckled wood and red admiral two days ago, plus a little blue thing that wouldn't sit still and be identified. It's good about the Tours station appeal. They are utterly unique and beautiful, we mustn't lose them.Just a bit of that money that's being spent on the pandas would do.

PG: the Clouded Yellows are in very low numbers compared to normal and especially compared to last year. Speckled Woods and Admirals have rallied for the end of the season for sure. Admirals were in reasonable numbers at the beginning of the year too. The little blue thing will be one of the short-tails. We should be overrun by the little blighters from summer onwards, but they have been very low and late.

I think they'll hit the target for the panels. They only had €250 to go yesterday afternoon. I tend to agree about the pandas. I'm not a fan of zoos.