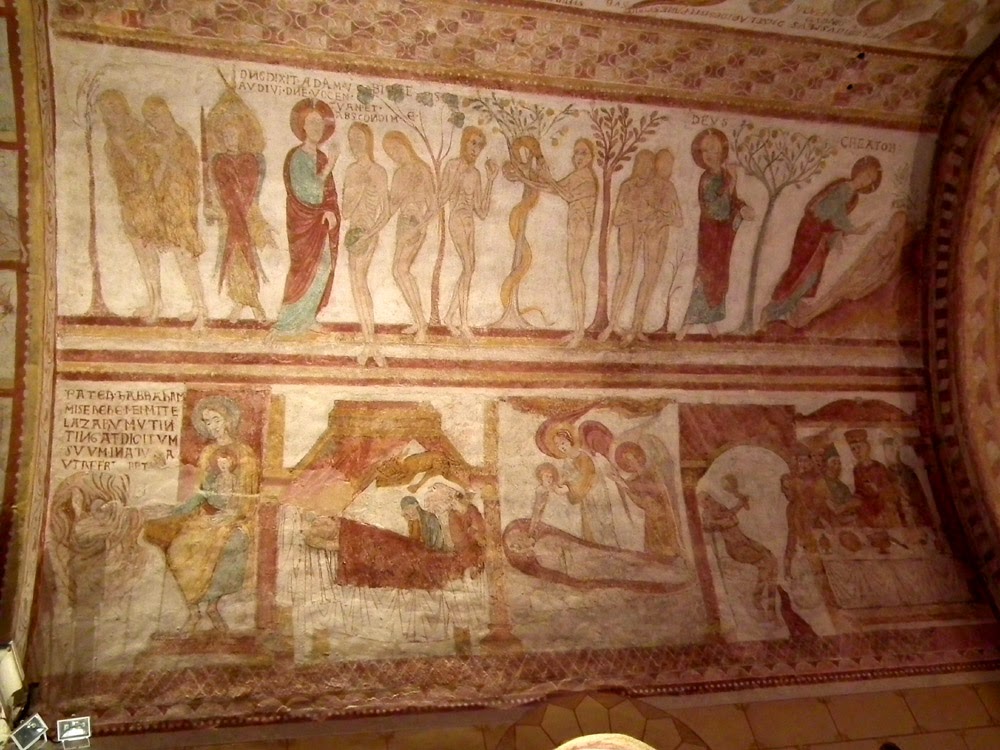 We've written in full about the wall paintings in the church at Lignières en Touraine before, but I liked this photo Simon took of part of the ceiling the other day and thought it would be nice to post about the church again. These two strips show Adam and Eve and the expulsion from the Garden of Eden above, and the parable of the rich man and the poor man below. They date from the 12th century.

Thanks for sharing this image. Another medieval fresco representing Lazarus and the Rich Man can be seen, although slightly altered, in the church of Nohant-Vic, near the Domaine de Nohant where George Sand lived. And if you feel like visiting Bourges cathedral, don't miss the stained-glass window representing the same scene !
For another story representing a saint with, this time, a helpful dog, you can stop at L'Hospice St-Roch at Issoudun. This museum is wonderful.

David: Many thanks for the tips on Nohant and Issoudun. We visited Bourges cathedral earlier this year and I did indeed note the window you mention, and took a photo. I should write a post on the windows of Bourges cathedral, but just haven't got round to it.