The Palace of Poitiers

The Palace of Poitiers has its origins in a 3rd century Gallo-Roman building, but after the fall of the Roman Empire it became the seat of the Counts of Poitiers and the Dukes of Aquitaine. The original building was destroyed and a new one built in the 11th century. In 1104 the Maubergeon Tower was added. 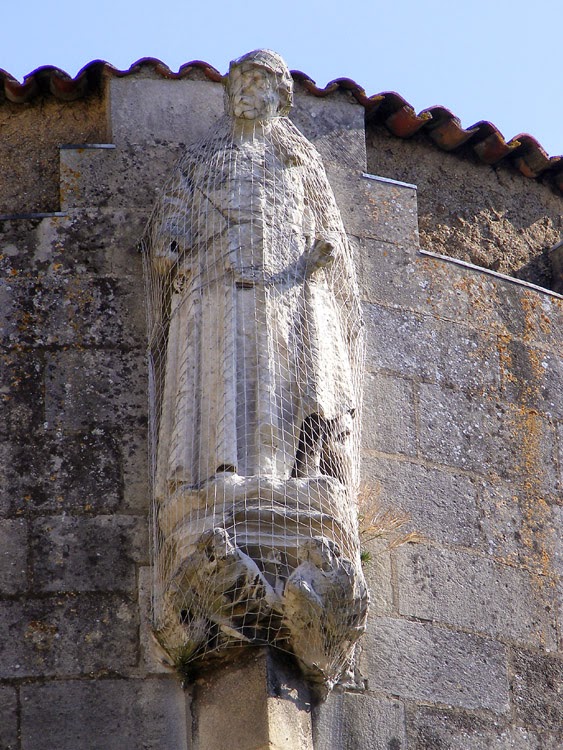 However, the complex was badly damaged by Henry Earl of Lancaster (John of Gaunt's father-in-law) in 1348, during the Hundred Years War. What you now see from the outside is a late 14th - early 15th century building, dating from Jean I Duc de Berry's restoration in the Flamboyant Gothic style, with additional chimneys and huge glazed ogival windows. 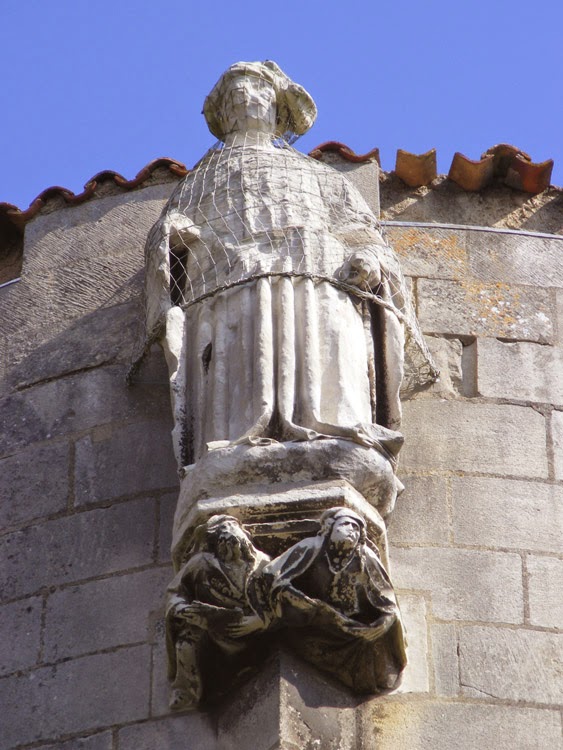 The statues which adorn the unfinished Maubegeon Tower represent 16 of Jean de Berry's courtiers. Sadly they are in extremely poor condition and are encased in nets to prevent bits falling on passers by. 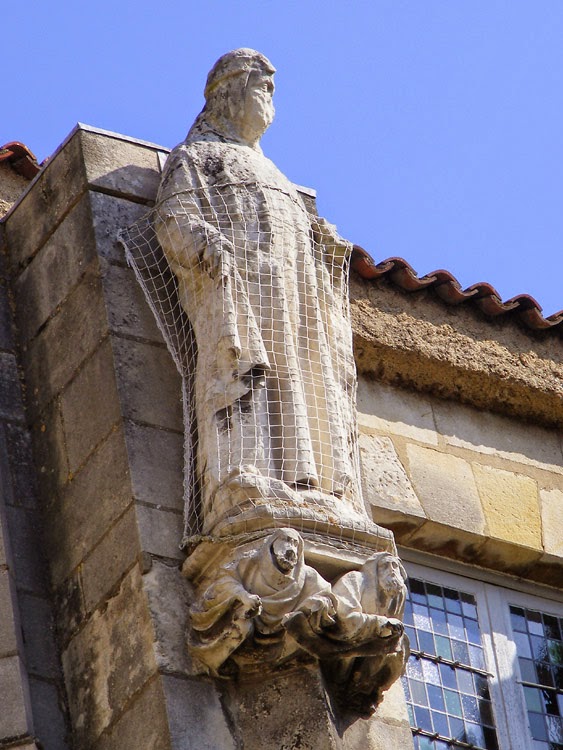 Today, this is the back of the complex. The front is masked by a monumental 19th century Doric portico and steps up to the entrance. The building now serves as the courthouse, so it has gone from being the palace of the Dukes of Aquitaine to the palais de justice. 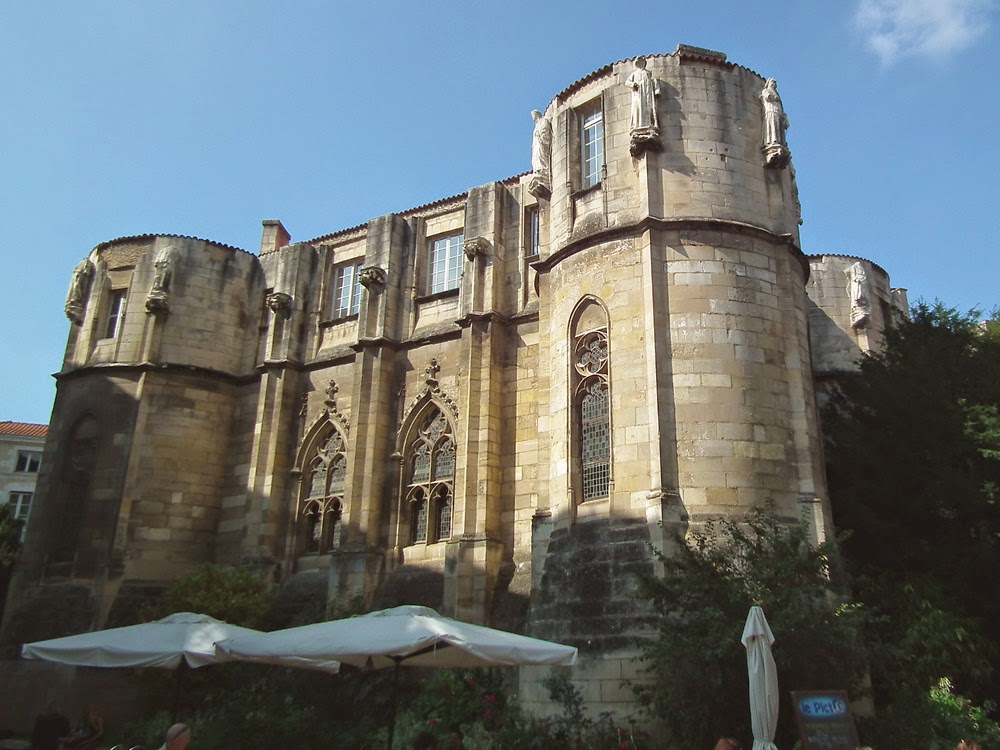 We've never managed to get inside, even though it is theoretically open to the public. We never seem to be there during the hours they allow visitors in, and the public can also be excluded depending on what is happening in the law courts. 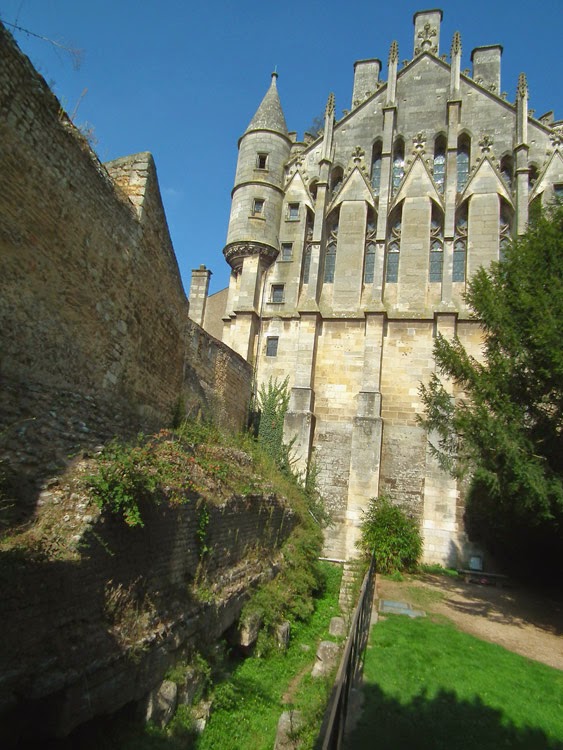 Behind the 15th century facade above lies a 13th century hall known as the salle des pas perdus ('the room of the lost footsteps') on account of its great size, which meant that the sound of footsteps disappeared into the vast space. Originally it was a dining room, built by Eleanor of Aquitaine when she ruled here.

Thanks for the tour. That looks like a fascinating place.

Stuart: You're welcome. Central Poitiers is well worth visiting -- lots of fascinating stuff.

Poitiers is a nice city; I remember walking around on some of the remaining ramparts there early one morning.
I didn't realize that your little town is only an hour or so from Poitiers and about the same distance from Tours. It must be nice to live deep in the French countryside, but wth regional centers nearby.

Dean: yes, we think it is an excellent location, although we don't explore either Tours or Poitiers nearly as much as we should.

I remember going to court there when my leg was in plaster and having to go up in the delivery lift...

Fly: Was that to bypass the steps at the front, or was that once you were in?