The Sound of Cranes Flying Over

Eurasian Cranes Grus grus have a distinctive and very noticeable call when they are on the wing. They fly over Preuilly in February/March and October/November, on their way to and from their Spanish wintering grounds and their Scandinavian breeding grounds. Normally we notice them first because we hear the bugling call. 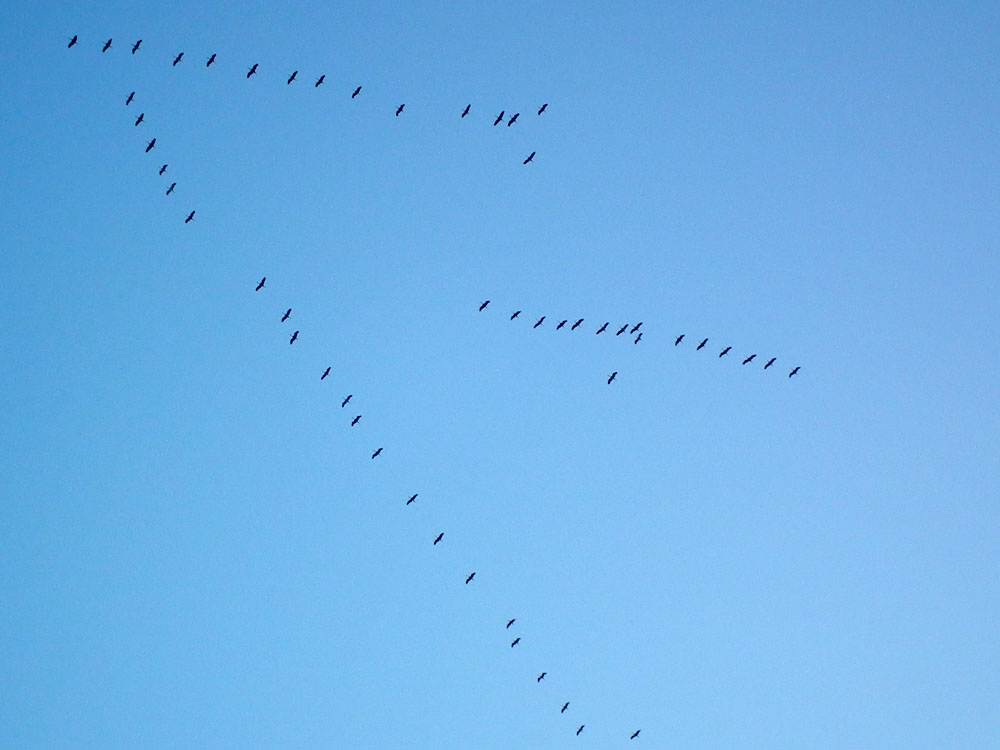 And that brings me to my point. Earlier this year scientists discovered how the crane makes this remarkable noise, that can be heard for kilometres. 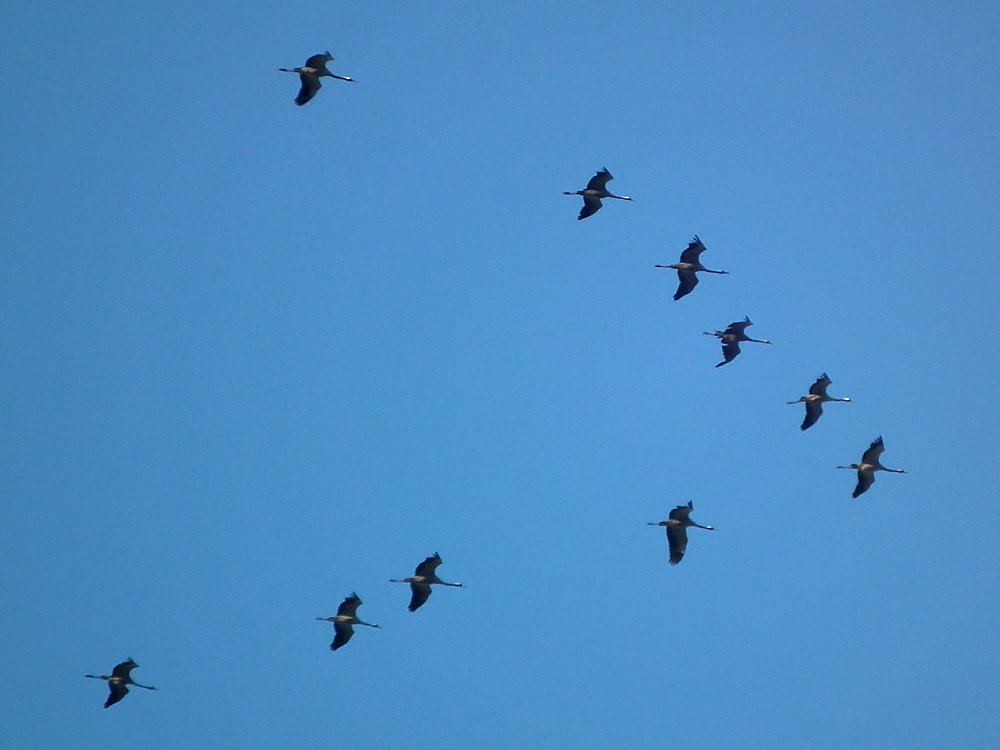 It was already known that cranes have enormously long tracheas. They are longer than the bird's neck and twist and coil their way down to the lungs. It was assumed the trachea acted like a kind of trombone to amplify the call. 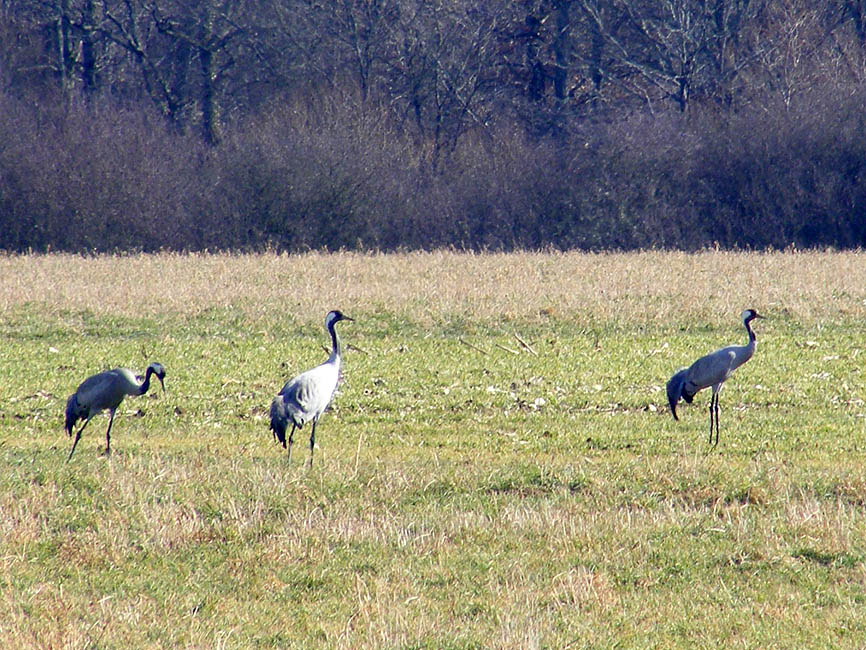 It turns out that the trachea is actually attached to the sternum, where it vibrates like strings over the bridge of a violin. The lungs form the resonating chamber and amplify the sound. Check out the sound in this video Simon made in February 2014 when they flew over our house.


*************************************************
Au jardin hier: Yesterday I picked up the last of the walnuts, and the last of the grapes are ready to make jelly with. I raked some more 'hay', taking it from the windrows and putting it under the fruit trees. Many of the orchids are making big healthy leaf rosettes -- for once I manage to time the autumn mow perfectly for their brief dormant period, so they are in no danger of being chopped off. Lizard, Pyramidal, Ophrys spp (Early Spider and Bee) and Autumn Lady's Tresses all have leaves showing at the moment.

On the way down to the orchard I ran into our neighbour Edouard. He was taking a break from sawing his firewood and was up for a chat. Apparently he's just had a few days in hospital, and while he was away some blighter sneaked into his garden and stole his tomatoes. He reckons they took about 14kg of ripe tomatoes.
Posted by Susan at 09:00

That's nasty about the tomatoes...
especially when one thinks that it would have been someone who KNEW he was away in hospital...
poor guy, he must feel terrible.
It's like allotment thefts...
often it isn't from outside the allotment, but insider work....
and you can't help but wonder which b'stard it was!!

Tim: It particularly bothers me that it must have been someone who knew he wasn't there, as you say.

Isn't that terrible about the tomatoes? It was bad enough having blight.

Fraussie: I suspect that's why his tomatoes got stolen, because it's been a very mixed year for tomatoes. Lots of people had their crop fail.

The cranes make a wonderful sight.

How terribly mean to steal the tomatoes. It makes one wonder whether the thief knew he was in hospital, which makes the crime even more despicable!

And we have such faith in French honesty, as demonstrated to me so many times in the last 10 to 12 years. It is extremely unkind and one hopes that the thief will be 'found out'. Whatever we do will come back to us!

Gaynor: I feel sure it was someone who knew he was away.

RIF: Indeed many more people are scrupulously honest here than not.