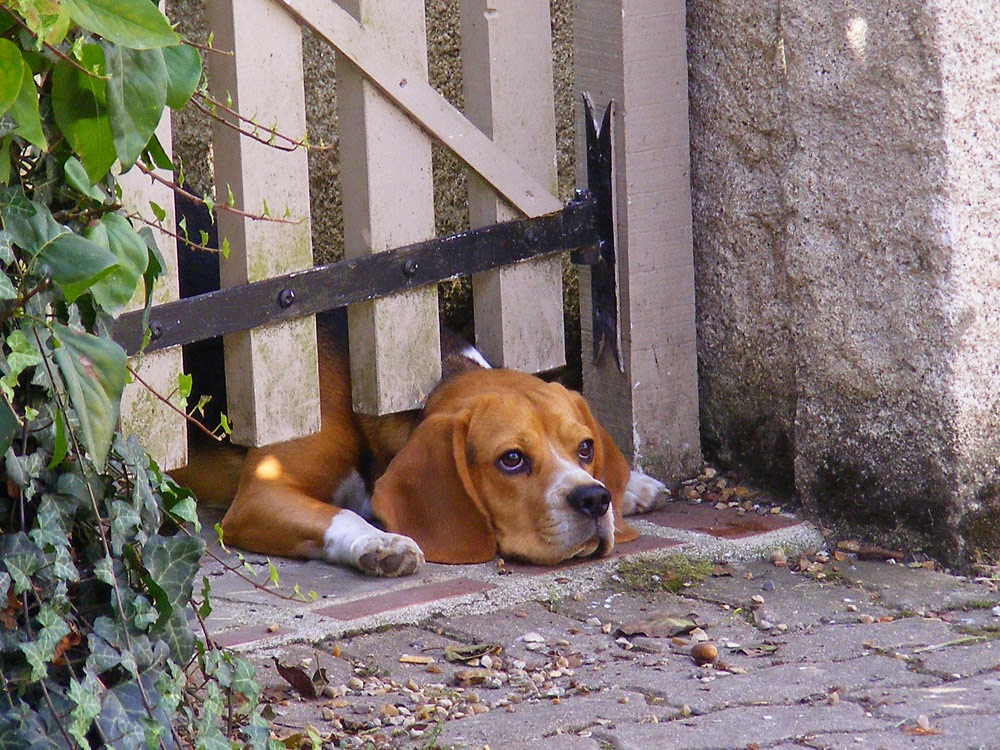 This beagle was photographed in Chédigny. He is obviously deeply disappointed not to have been taken on whatever errand his owners were on.
***********************************************
Fungi Foray: The Association de Botanique et de Mycologie de Sainte Maure de Touraine has organised a fungi outing to the Forest of Loches for Sunday 12 October. Meet at the roundabout by the Pyramide des Chartreux (on the road to Montrésor at the junction of the D760 and the D9) at 2.30 pm. The fungi gathered will be displayed and identified in the carpark after the outing.