Guinea Fowl is a popular bird here for the table. They are considered a tasty alternative to chicken and often used at Christmas time as the festive meal. These ones were photographed the other day at Maillé. 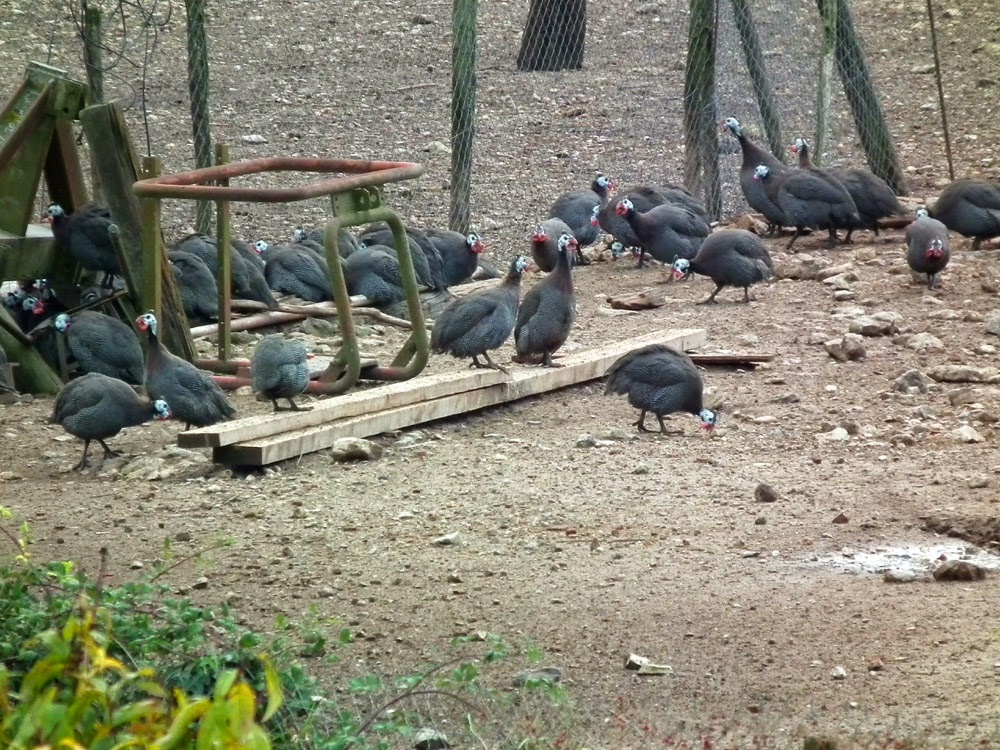 They rush around the pen, catching any invertebrate unwise enough to enter and continually vocalise, making a gobbling call not unlike turkeys. 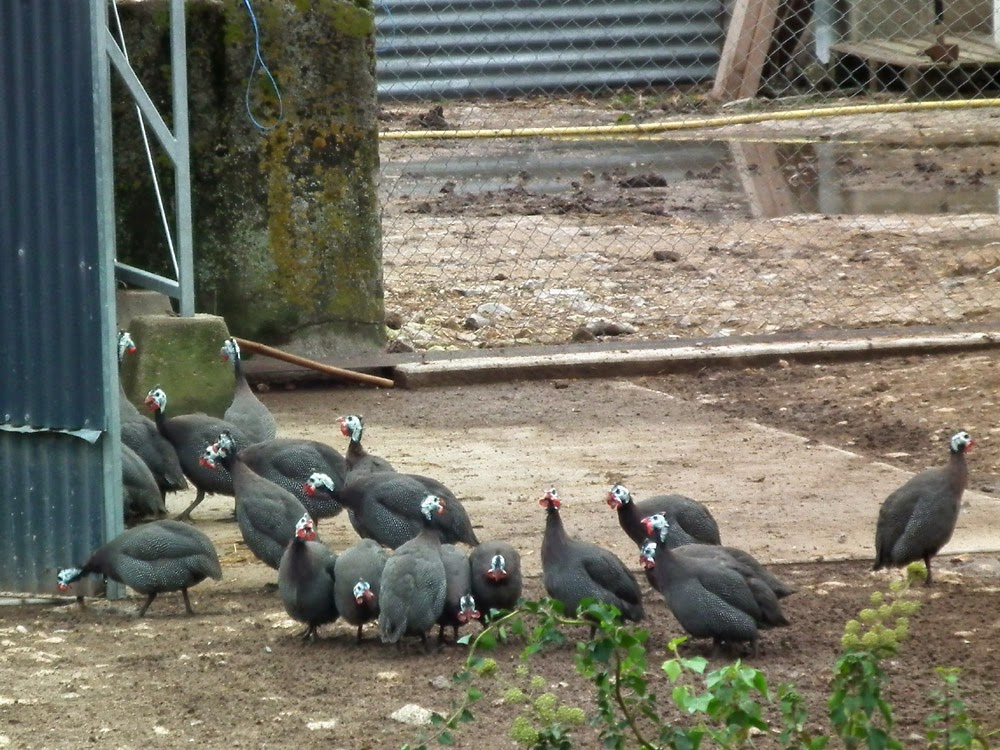 In French they are called pintade and birds for roasting are widely available, either from local poulterers or in the supermarket.

France is the largest producer of guinea fowl in the EU, but for all that guinea fowl is only 2% of total French poultry production.
Posted by Susan at 09:00

The poultry vendor from Pouillé who does the weekly Montrichard and St-Aignan markets sells nice pintades for around or less than six euros a kilo. It's easy to pay that much for a farm-raised chicken. I'm surprised by that 2% figure, probably because we cook and eat pintade so often at our house (we plan to roast one on Saturday).

Ken: yes, they are about the same price as a farm raised chicken for me at our local market too. The 2% is a reflection of just how much industrial chicken there is. Pork and chicken together easily outstrip all the other meats put together in terms of national production.