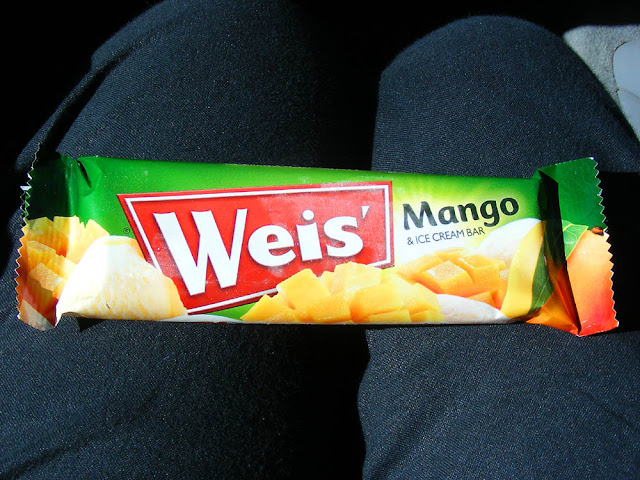 You haven't lived until you've had a Weis Bar. They are a bar of sorbet made from fruit purée with a strip of vanilla icecream running down one side -- check out the ingredients list -- 45% fruit! real cream! -- quality stuff. They are made in the city near where I spent my teenage years and are definitely one of the treats to look forward to when I return. The name is pronounced to rhyme with rice -- not a lot of people know that.

Rice and Vice...
when I read the header and could only see your knees...
I thought you were blogging about Weis Beer Bars!!
But these sound much nicer!!
And I like Weis Beer...

If you get addicted does it rhymes also with vice?