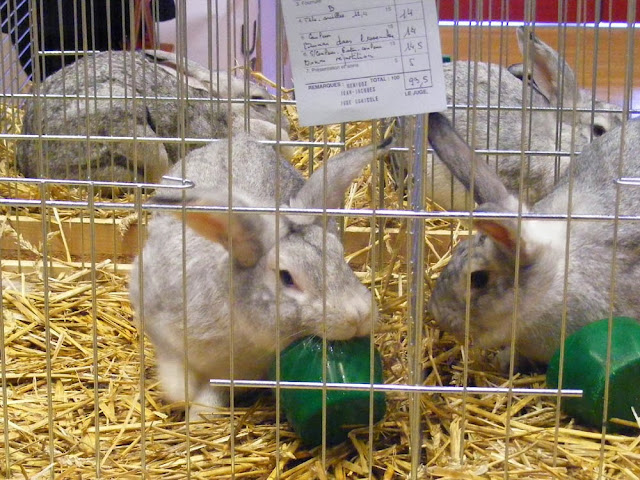 History:
This type of grey rabbit used to be well known to the inhabitants of Indre et Loire and by the early 1900s it had begun to be called le lapin gris de Touraine. They were raised for meat and fur, but although still common on farms in the area in the 1950s, by the end of the 20th century they had almost disappeared. It has just received official recognition as a breed, after a group of enthusiasts worked on saving the rabbit from extinction. 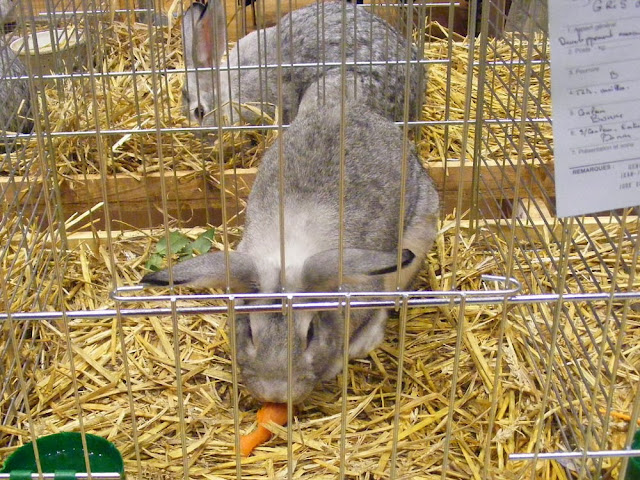 Breed Standard:
Ideal Weight (poids) -- 3.75 kg to 4.5 kg.
Colour (couleur) -- light grey on the upper body, becoming white below. A white collar and white around the eyes.
Pelt (fourrure) --  the fur should be about 3 cm long.
Head (tête) -- should be slightly domed and roman nosed. The fur should be a bit darker in colour than the body.
Eyes (yeux) -- should be lively and blue-grey.
Ears (oreilles) -- should be velvety and well covered in fur at the base. The ideal length is 12 cm to 13.5 cm. 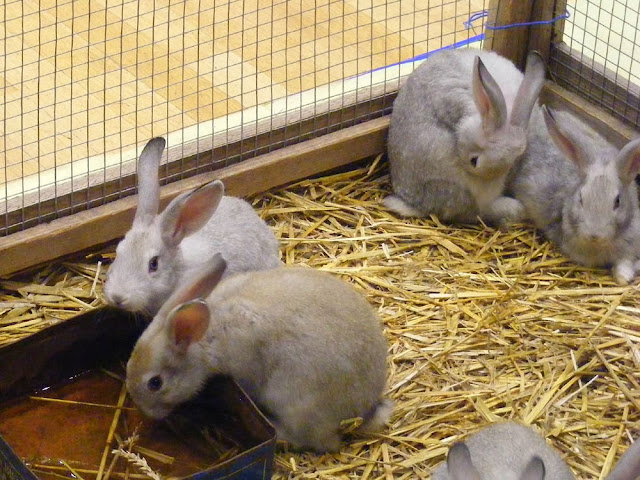 Husbandry:
The rabbits are mainly raised in hutches (clapiers). Females have a gestation of 30 days and produce litters of 6 - 8 kits, sometimes 10. She will suckle the babies for 6 - 7 weeks. The rabbits eat grass and roots such as carrots and forage beets. When housed in hutches they also have lucerne hay and commercial granules. They are raised principally for their excellent, low fat meat. 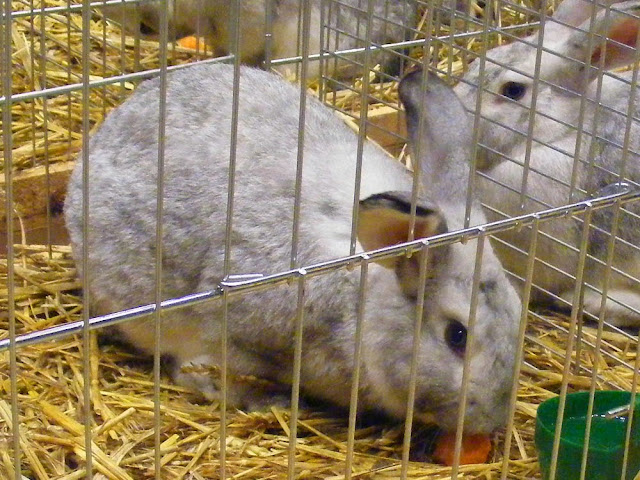 Here is his score card. 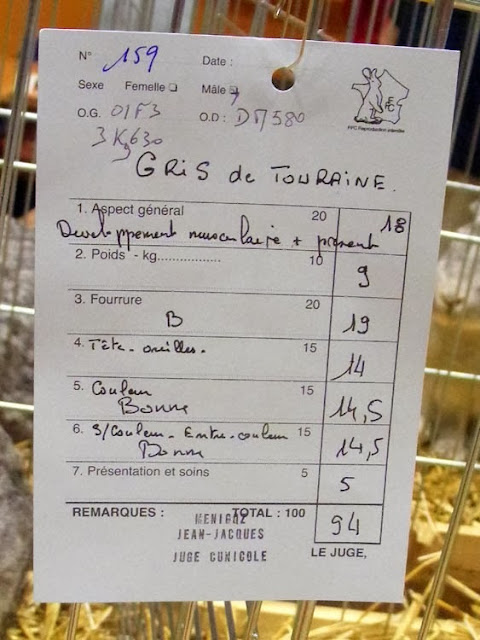 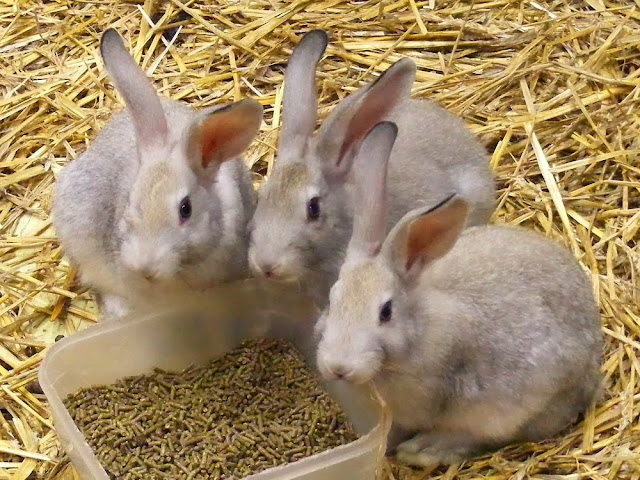 I'm fairly hard-boiled about these sort of issues, but quite frankly, these rabbits are so adorable and cuddly I don't know how people can bear to eat them.
Posted by Susan at 09:00

When are you getting a "house rabbit" then?

And as for eating them...
rabbities breed like rabbities...
eat the weakest, you are just performing a cull!

And call them names like...
Spit[-roast], Sossij, Stew[art]...
and sell yours to someone else and buy the prepared ones from another stall!!

I will have to buy one and try it. Coming from a long line of gamekeepers, I am used to 'shot' wild rabbit which is very tasty.

My late uncle was a farmer and could not eat anything he had raised!! We did though... a lamb every year! Col

There was a single Lapin Gris de Touraine at Huilerie Lepine's open day last week. He was gorgeous - really strokable fur and nicely fat. Tim and I have no qualms about eating bunny!

I personally think oysters are cute and cuddly.

What is the difference in taste between normal lapin and lapin de Garenne? We occasionally have rabbit (with JM cooking it - we used to have rabbits in the local zoo when I was little) and I'd be happy to try lapin de garenne if it doesn't taste too gamey.

These rabbits look very similar to ones I raise called 'American Chinchillas'. I'm glad to hear more and more people are taking an interest in historic breeds of livestock. Should I ever move back to France I've got my rabbit breed picked out--thanks for your post!

There's something to be said after all for not knowing what the meat on your plate used to look like, or feel like when you cuddled it!

Tim: House rabbits are a menace -- they get bored and chew through electric cables or similar.

PG: I have no qualms about eating rabbit either, but these ones are as you say, very soft toy cuddly.

C&E: I've shot, skinned and gutted rabbit for the pot myself. Personally I'm not a huge fan of real game -- shot is a pain to deal with in the meat and it's almost always tough and stringy.

Fraussie: lapin de garenne, as in wild rabbit? They are gamey when you skin and gut them, but not so much when you cook and eat them.

Jean: there's no denying it makes it easier for some animals, but I wouldn't want to forget where meat came from.