The 16th century carvings on the pews in the 'new' chapel at the Château d'Ussé are well worth looking at. Fine carving in both wood and stone is a feature of this Renaissance private chapel. Some of it is of course serious and religious in theme (God, Christ and all the big name apostles are featured). In common with other churches though, the sculptors often relaxed the themes on the pews. The pew arms seem to be rather more decorative, and as is traditional, the misericords are often amusing. 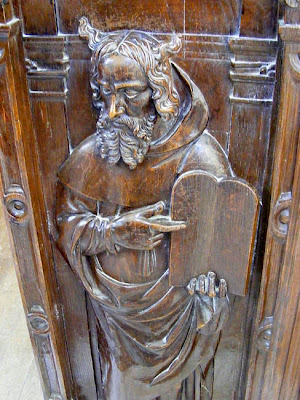 The sculptor has dealt with the issue of whether or not Moses should have horns or rays of light in a most diplomatic way, and I suspect, not a little humour. 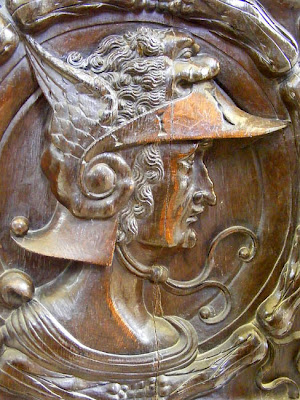 Sleeping peacefully in a warm bed. 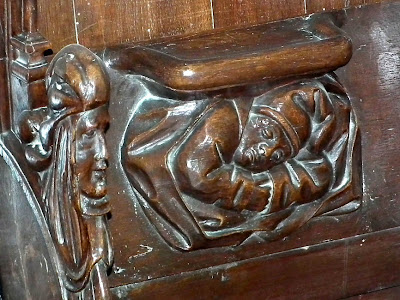 No doubt to somewhat maliciously remind the choirboy or priest whose rear rested on the ledge what the sensible people were doing at that moment...

Reading about the misericords
brings to mind how amazed I
often am when I see clips of
very old men at prayer in the
mosques. They seem quite agile
without any aids. I'm not a
church goer anymore, but would
appreciate all comforts...not
just a prayer rug.

An interesting observation. I can see how the movements in praying would act like a fitness exercise - a serendipitous benefit maybe?