We've had an honorable mention in the local Historical Society Journal - Les Cahiers de la Poterne. This excellent annual journal is edited by Bernard de la Motte, the President of the Society. We made his acquaintance at the Saffron Fair in February, and he came over to look at the property in May. He very reassuringly told us not to worry about the lean on the front wall of the barn, as, when we came to see his house, we would see much worse! 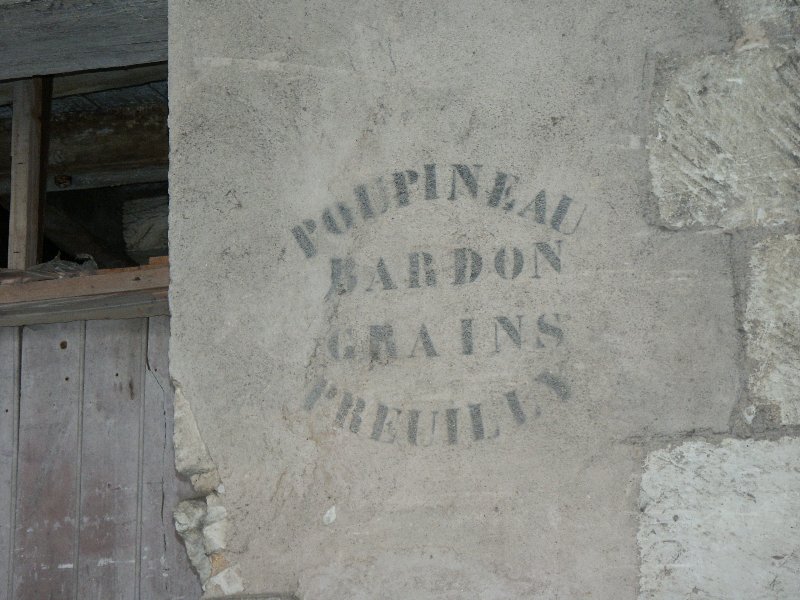 He has written a little paragraph about us in the back of the journal, in the section En Bref (Nouvelles diverses).

The paragraph in French is:

I translate this as:

'In this picturesque street, which owes its name to the presence of the well of Squire B, according to Audigé and Moisand, there stand the former warehouses of the grain merchant 'Poupineau-Bardon'. The old people of Preuilly remember the wagons, pulled by two handsome Percherons and covered by a tarpaulin like in the 'Wild West' transporting the wheat from the granary to the station. We have learnt that Mrs Susan W and Mr Simon B, respectively Australian and English, have become the new owners of this very beautiful and ancient building - probably dating from the 15th century or thereabouts. They have the wisdom to look around for advice, so that, within the limit of their means, its preservation is assured. We wish them well.'

We were as chuffed as anything with this! (Merci Bernard, and thanks to Jill and John who alerted us to the entry in the magazine. Thanks also to Charles-Henri who checked my translation before I posted. C-H thought you might like to comment too, Ken, as we both felt there were a couple of ambiguities in the French.)

Also in the journal are articles on: an international archaeology conference held in Preuilly (written by my 'namesake' Bertrand W); Preuilly in 1920 (a delightful series of anecdotes by Monsieur Lezeau - more of him later); a private school in Boussay; saffron; a nearby hamlet called Les Grandes Goupillères; wells; and women's lace caps. Bernard also mentions in his Editorial that with this issue the Society is experimenting with distributing an English language supplement (but it was not included with the one we bought at the tabac, so I am not sure how one obtains this).

i'd be electrified if you could scan and post pix of the lace caps. even more so, that is, after reading your wonderful posts.

PJ - the museum in Preuilly has a collection of over 30 of these Tourangelle lace caps, but I have never seen them. Once I have I will certainly write about them, as needlelace is a particular interest of mine.