As well as the problem with the front door, we have had an issue with the downpipe at the front of the house. We decided to have the downpipe where it is to simplify the guttering system. One of the downsides of this has been that when it rains heavily, the area in front of the front door floods. We attempted a quick fix, using the flue from the water heater in the kitchen. This has worked fairly well, but was by no means either aesthetically pleasing or totally effective. It also got in the way when using the front door. 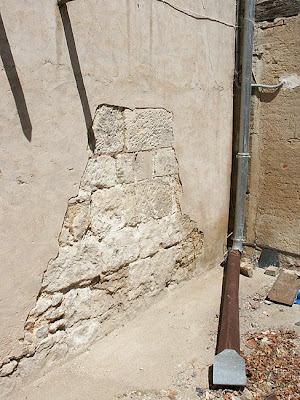 I have finally decided on a fix. This takes the water well away from the front door and the wall, and places it in the gutter, where it belongs. (This will change eventually - we have a rainwater butt, and the plan is to put it under this downpipe.) There is a gap between the pipe and the wall, and we will be planting "stuff" (flowers, really) in pots to cover the pipe. Not only have I decided on a fix - I went to Bricomarche, spent 50 euros, and have put the fix in place. 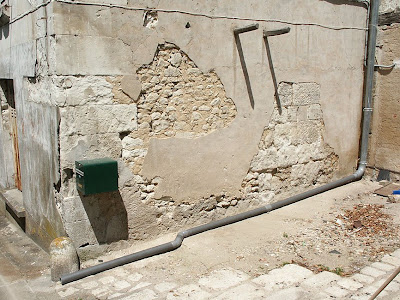 Well done! I LOVE the exposed brick in the wall. Its as if little parts of the past are peaking out ready to tell a story about the home's past. Ahhh....

Superb! Until you go out to collect the mail on a rainy day...

Thanks Susan - we havent decided yet how that wall will be eventually treated .

Walt - I was more concerned what MDP (Madame de Poste) would say when we empty the contents of our gutter onto her shoes.

Dont know about yours, but ours can be scarily fearsome.