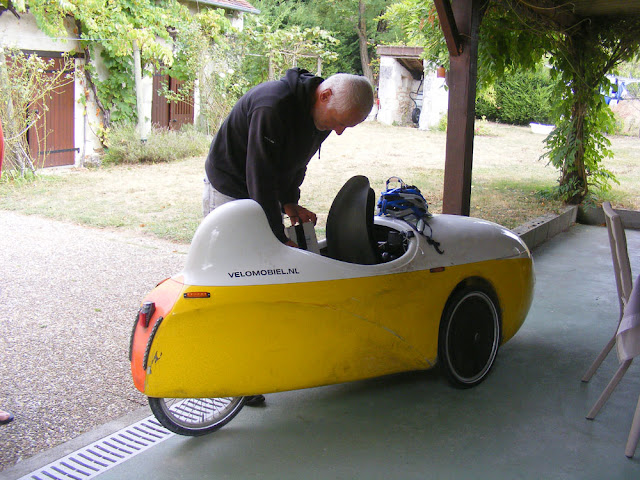 Our Dutch friend Huub is very sporty and this year he has transitioned into semi-retirement from his professorship in biomechanics at the University of Amsterdam. He decided to buy a second-hand velomobile, modify it to suit himself and set off in it from home in the Netherlands to his holiday home near Yzeures-sur-Creuse. He was accompanied by his friend Rob, riding a top of the line carbon fibre road bike. 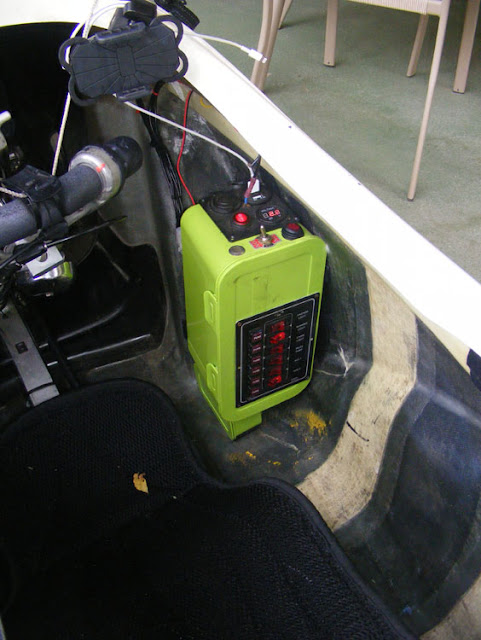 The journey was planned using online maps for cyclists and they covered the 900 kilometres in about 10 days, staying in cheap hotels every night.

Even Huub can't make it look easy to get in and out of. 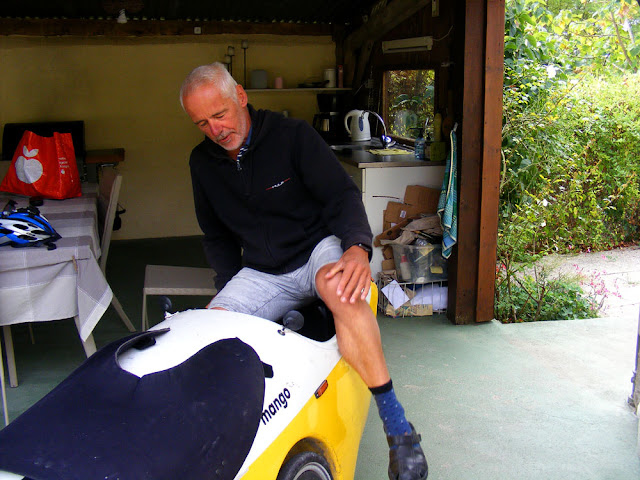 The velomobile is a model called the Mango and Huub, who freely admits he's not really a cyclist, loves it. He used it extensively while he was here, to run errands and just to tour about, doing circuits between 30 and 90 kilometres to see the sights. You can read about the Mango and its delights on the manufacturer's website. 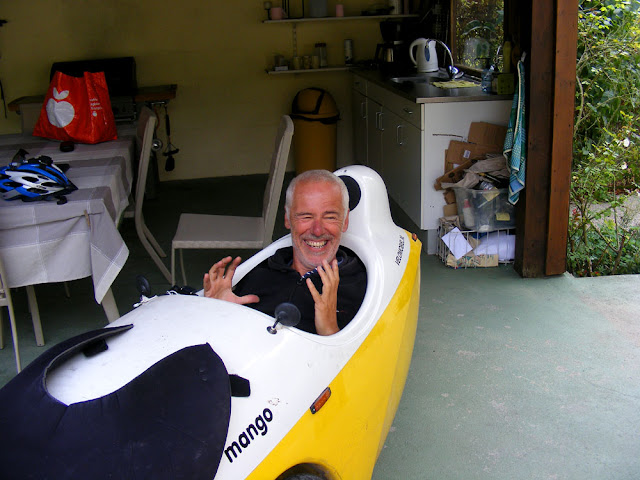 You ride clipped in to the pedals with your shoes, just like a racing bike. 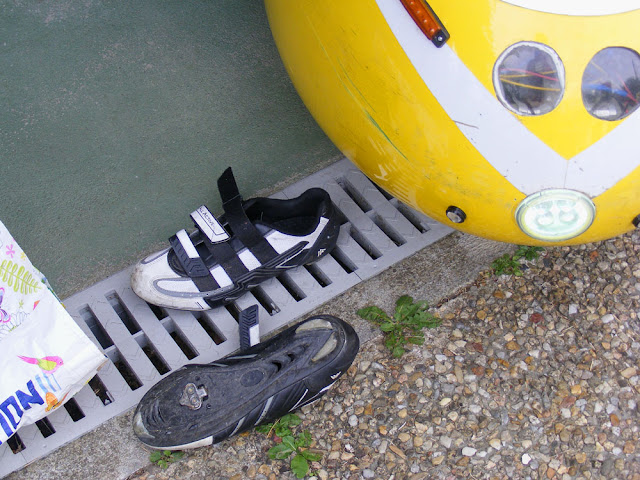 Email ThisBlogThis!Share to TwitterShare to FacebookShare to Pinterest
Labels: The Car and Driving, Yzeures sur Creuse

Looks great but a tad expensive. I hope it does better than the C5 (https://en.wikipedia.org/wiki/Sinclair_C5) which it reminded me of. Well done Huub for the journey. C

Second hand I think they are a third to half the price.

yikes cant imagine being on the highway in that

I has a bit of a shock a week or so ago when something like that overtook me on a London "cycle superhighway": sitting up on my town bike, I just wasn't expect anything to emerge in that part of my field of vision. Like recumbent bikes, they look too low to the road for mental comfort (either of their users or other road users). But if an expedition like that is manageable for an expert, congratulations to him!

He wasn't on the highway. He was mostly on cycle paths.

I sat in it and it isn't nearly as extreme a position as you would think. I wouldn't like to ride one in the city though, where you'd be at the level of truck exhausts if you were on the road, and less visible because of crowding. We saw one in the Alps on the road, in silver, which I thought was a very foolish colour under the circumstances.