Like many species these days the lovely Map Araschnia levana butterfly is one of those whose range is extending rapidly to the north and west, by hundreds of kilometres in the last few decades. They are abundant here in the Touraine Loire Valley most years, even when other species do poorly, but they conquered Belgium and the Netherlands only in the second half of the 20th century and soon they will be in Britain.


You can see why it is called the Map (Fr. Carte géographique). 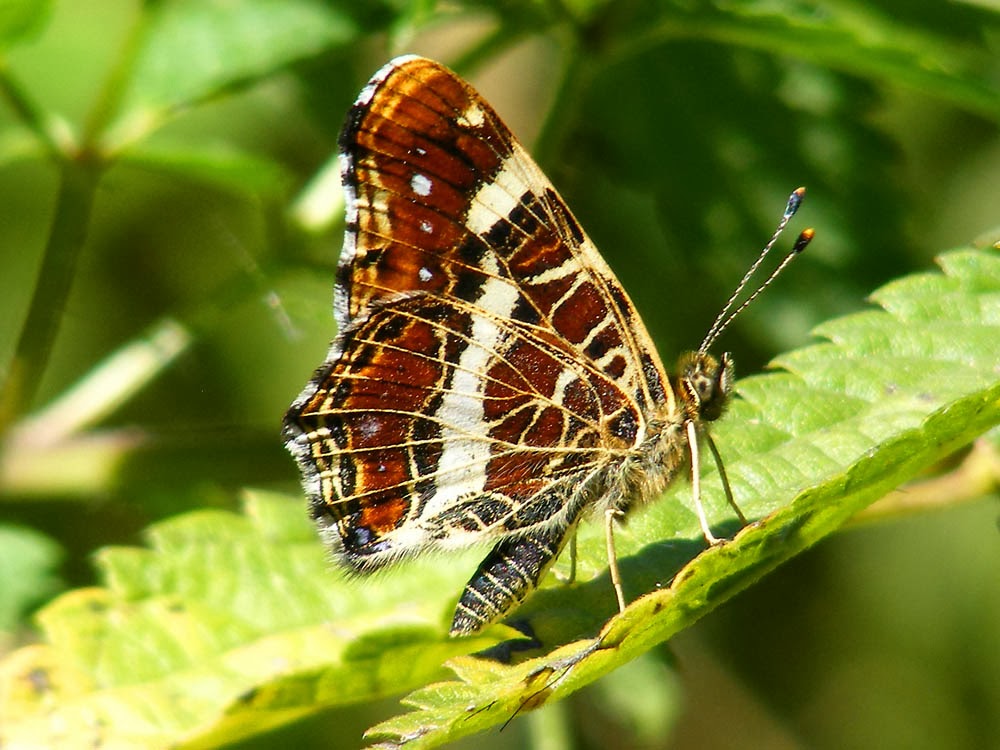 One of the reasons Map butterflies do well, and are able to spread so easily is that their caterpillar food plant is Common Nettle Urtica dioica. This is a plant that is more or less ubiquitous, even in cooler northern climes, and certainly in Britain, which is where the butterfly is expected to turn up next. The butterfly is probably following the plant, which is becoming more and more abundant as habitats are affected by eutrophication (an over-abundance of nutrients, often due to agricultural runoff).


This stylish black and white colourway is its summer outfit, known as form prorsa or the summer morph.
Individuals that emerge in July look like this. 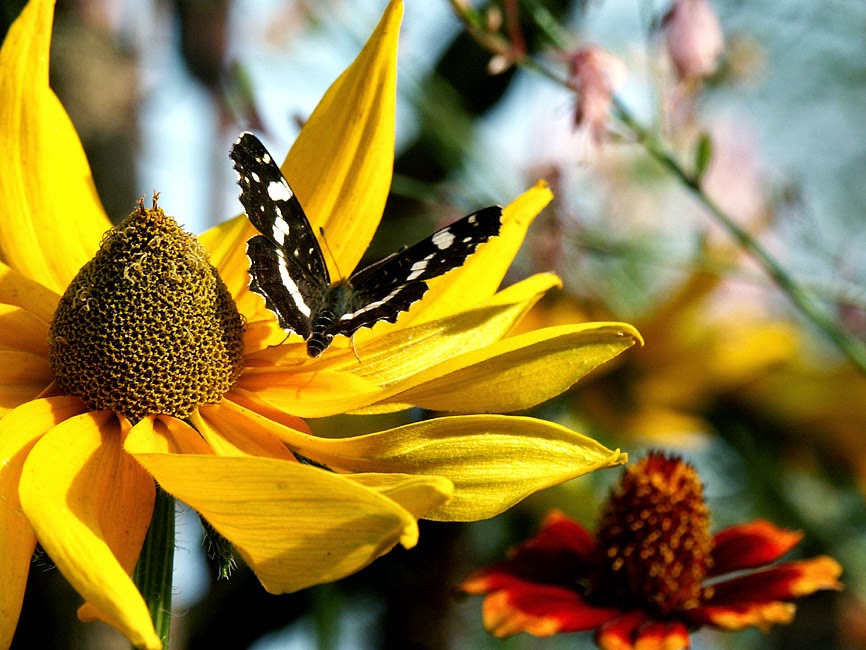 The Map already has an extremely widespread distribution, from Japan through central Europe and temperate Asia. It is clearly a species bent on global domination (or at least, most of the Northern Hemisphere).


The black and tan colourway, form levana or spring morph, is reserved for those who overwinter in their chrysalis and emerge in April. They are always much less abundant than their summer siblings. 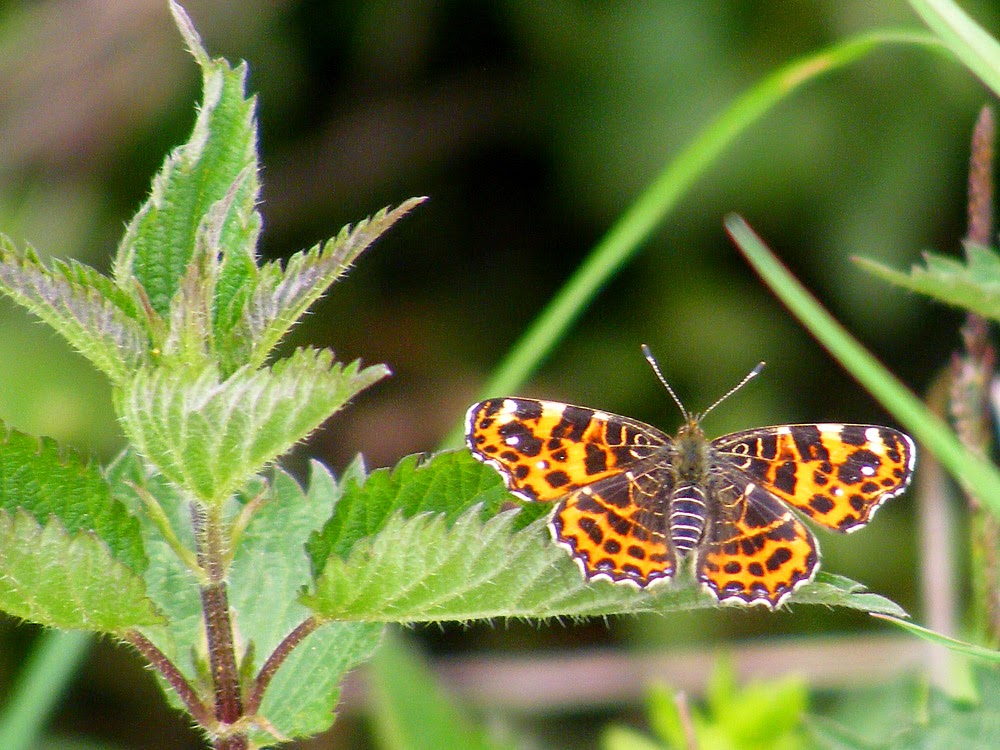 If I didn't have the field guides telling me otherwise I would assume these butterflies were two different species. The phenomena is known as 'phenotypic plasticity' (in plain English 'seasonal variation'). The different colourways begin in the pupae, which have higher or lower melanin concentrations depending on the seasonal temperatures and day length.The butterfly has evolved this way because it is better camouflaged for the different seasons.

The summer morph tends to be slightly larger in the thorax and wing and more abundant. This and the colouring may be connected to the fact that it is this generation that migrates. The larger size and different proportions of the summer morph give these butterflies a lower wing loading, suggesting that they are more mobile.
Posted by Susan at 09:00

I'm glad you both enjoyed it.