Bitter-vetch Lathyrus linifolius (Fr. la Gesse à feuilles de lin) is a low growing early spring flowering pea flower that you could easily miss in the rough grass. Look for it on the edges of heathy forest in the southern Touraine. Once you spot it you will realise it is charming, with its delicate narrow leaves and raspberry coloured flowers that fade to blue-green. 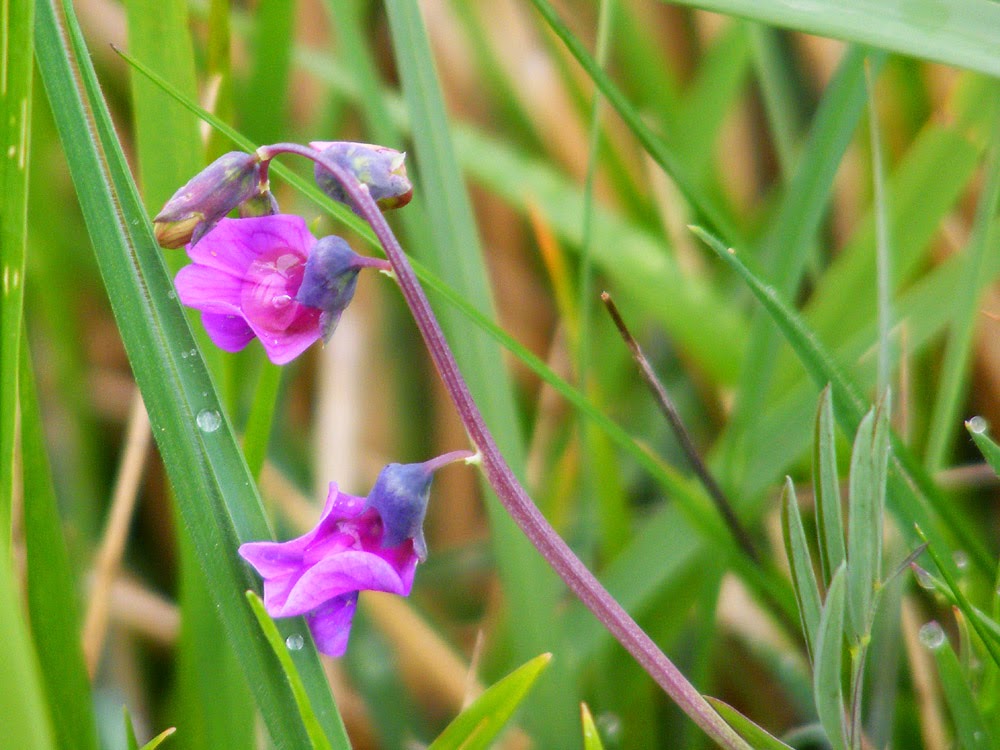 What you won't realise just by looking at it is that the plant has a couple of intriguing secrets. 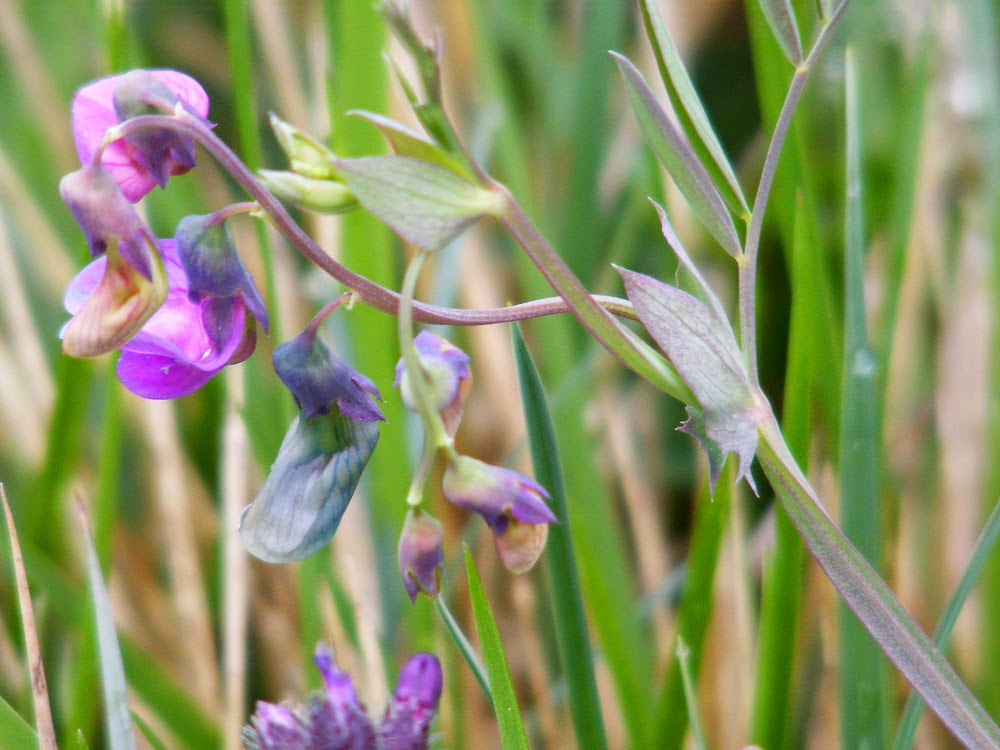 The first is that in Finland the species has such a strong association with Iron Age sites that archaeologists will look for the plant in order to locate artefacts. The second is that its tubers were dried and used in Scotland as an appetite and thirst suppressant in times of famine prior to the introduction of the potato and to bolster warriors before battle or labourers in the fields who needed to work all day without respite. The plant seems to have been used medicinally or whenever strength or endurance needed to be enhanced in a number of places across Europe from Roman times to the 17th century. The tubers are apparently extremely sweet and smell of anise, but you are advised to cook or dry them before eating and you need to be able to accurately identify the species, as several lookalikes are poisonous.