Badgers appear to be thriving in the southern Touraine, although they are declining in many places in Europe. Within a kilometre stretch along the Claise river near Chaumussay there are at least 3 large badger setts. This one, built into the roadside bank, is like a multistorey apartment block, with more than a dozen entrance/exit holes at varying levels up the bank. 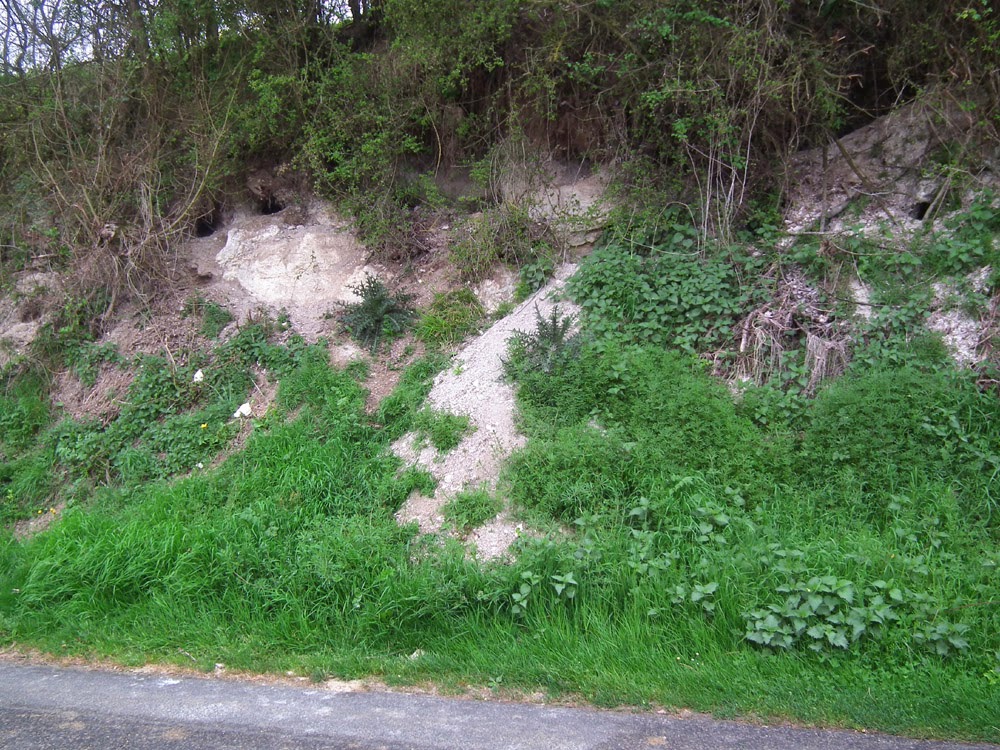 Badger hunting is allowed in France and they are widely regarded as vermin (although not officially designated as such). The main reason is the damage they do to banks like this, undermining the stability of the upper edges and steep slopes. 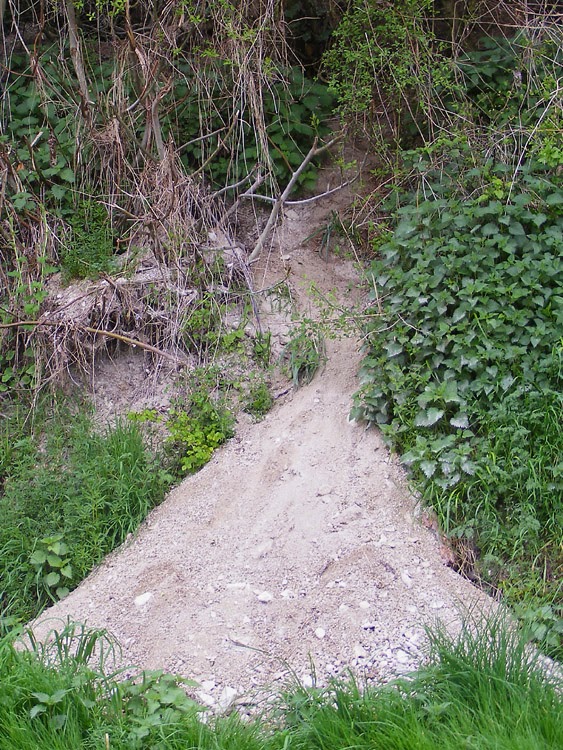 Setts are not the only signs of badgers that one commonly sees. Recently we wrote about seeing tracks near Richelieu, and paths made by badgers regularly traversing the grass and undergrowth criss-cross the countryside all over the southern Touraine. 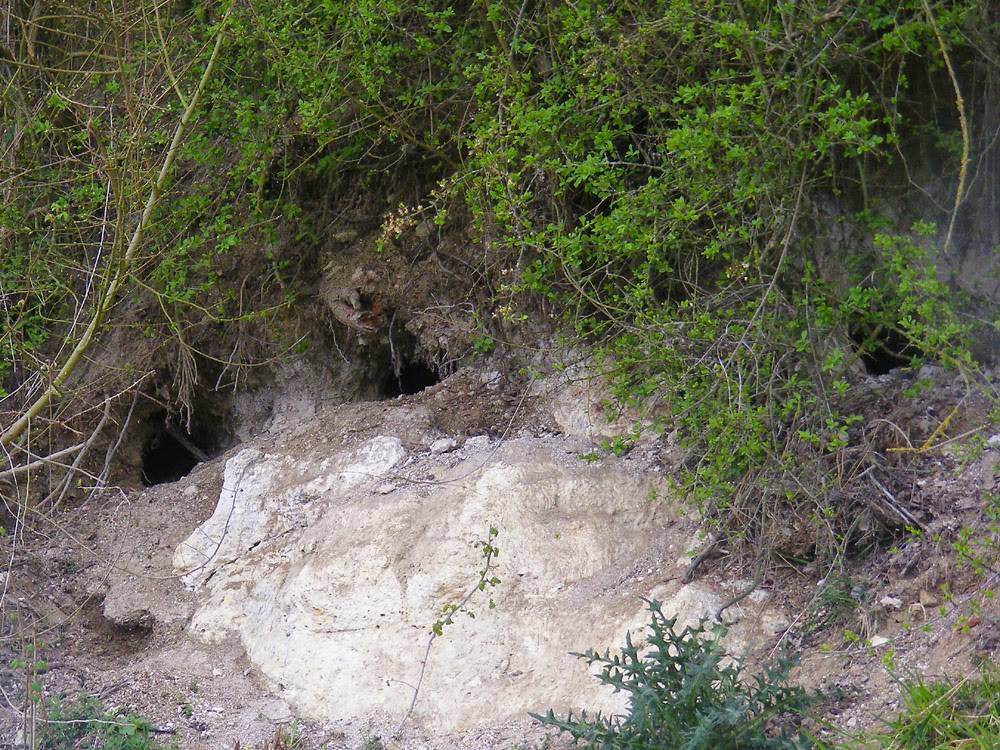 European Badger Meles meles (Fr. Blaireau européen) is unmistakable, with a stripey black and white head and the deportment of a miniature bear. They are about 75 cm long and 15 cm high, weighing around 10 kg. They are tremendous diggers, excavating a burrow system known as a sett, with at least 3 entrances (sometimes several dozen). The setts can be for occasional use, or the type which are occupied for years by multiple generations. Foxes and wild cats will often take them over once they are abandoned by the badgers.

Badgers emerge from the sett at dusk and after checking for danger sit around the entrance grooming themselves. Once it is dark they trot off in search of worms, insects, fruits, bulbs, grains and possibly small animals in the forests and neighbouring fields.

You've been to check on the Orchids, haven't you...
or was it a Butterfly Transect count?

I bet the badgers above don't sit outside their high rises... no balconies!!
'Nother nice post...

Butterfly survey. No orchids flowering yet along there, but plenty of Monkey and Fragrant leaf rosettes. Early Purps out at Humeaux, but colony clearly diminishing. Early Spideys out in the orchard. Lady Orchid will probably be out today in the orchard.

Now I'll have to go re-read "Wind in the Willows".

Just out of interest - in the perception of them as vermin, are they ever blamed for infecting dairy cattle with TB? You probably know what an issue that is - or alleged to be - in the UK.

No, I've never heard that accusation in France, but so far as I know outbreaks of TB in French dairy herds are rare anyway. And yes, I know what the issue is in the UK.