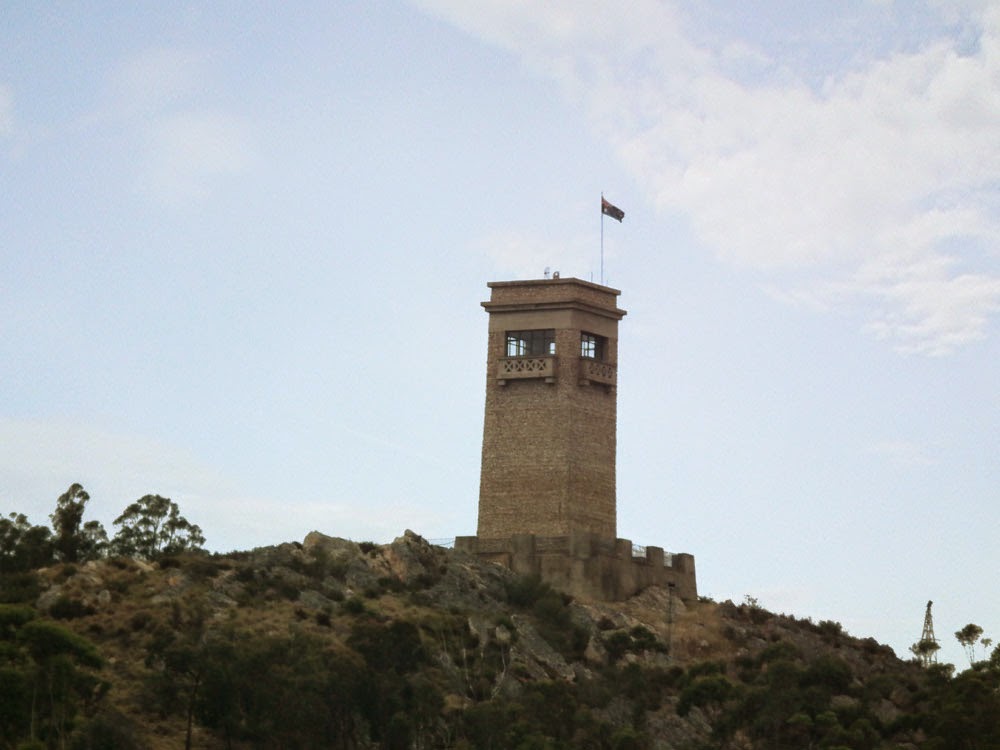 Goulburn War Memorial was inaugurated in 1925, as a memorial to the men of this New South Wales shire who served in the First World War. It stands on Rocky Hill overlooking Goulburn and district. Visitors can ascend to the viewing platform on top. This photo was taken from the train as we trundled past in 2012. 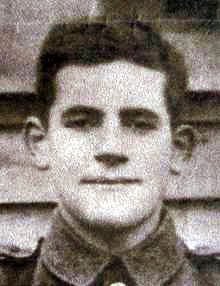 The infamous Gallipoli campaign began 100 years ago today and was a disaster for all those involved, with appalling casualty figures which include Simon's great uncle William Schlitt, born 1897- died 6th August 1915, a Private in the Essex Regiment service no. 3/2098. 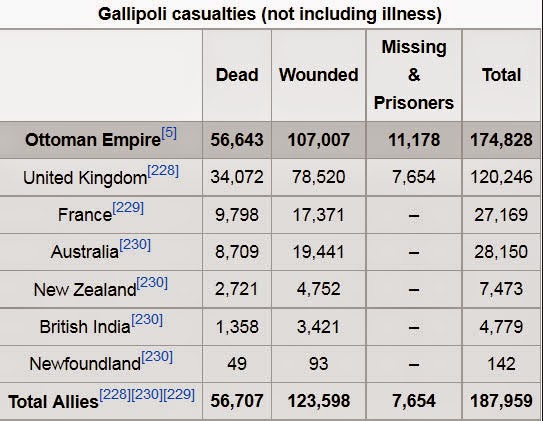 
There is an interesting set of photos of Anzac Cove on the Guardian Newspaper web site (if you can make them work). Thanks to John for sending the link.
Posted by Susan at 00:00

The Guardian web site is great. It is a campaign that is often overlooked in the UK.