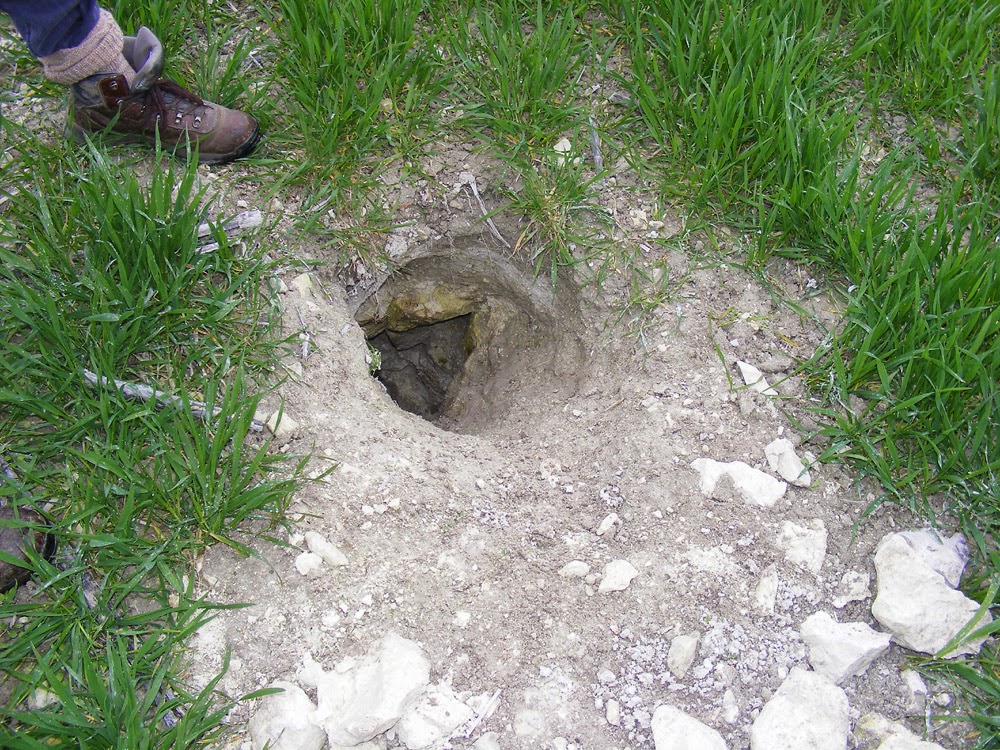 On a recent walk around Braslou with Colin and Elizabeth we encountered many signs that badgers are thriving in the area. The hole above went down for nearly a metre in the chalk, then took a sharp right turn. 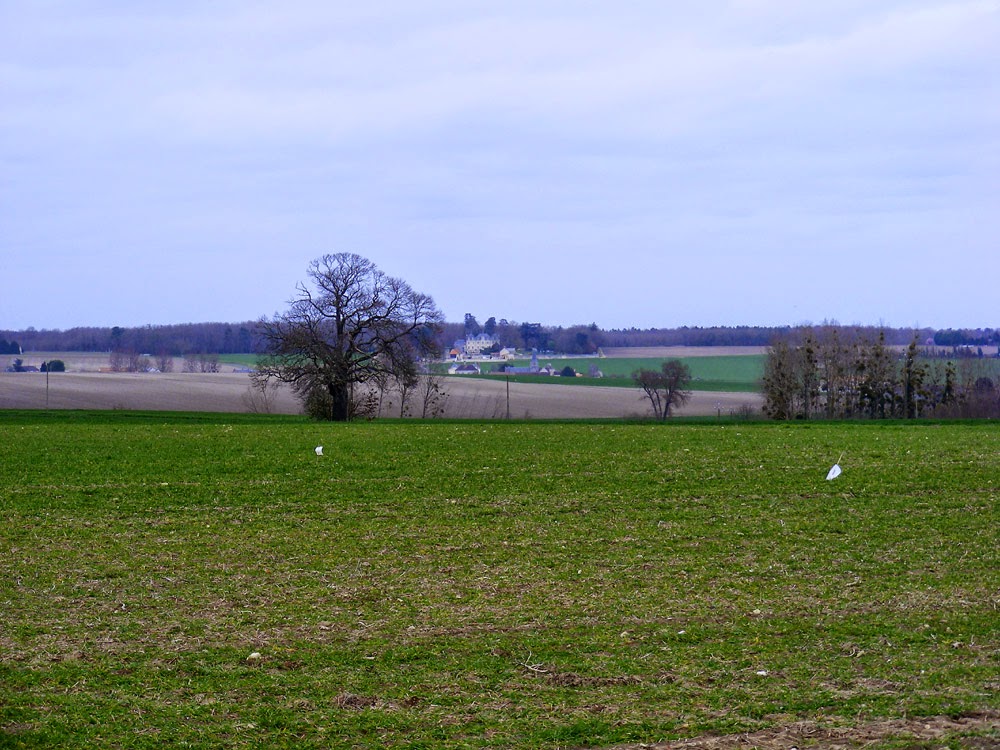 The landscape is laid out before you on the chalky hill behind Braslou where the badger has dug several individual dens, although there was no indication there was a family with a multi-chambered and exited sett. 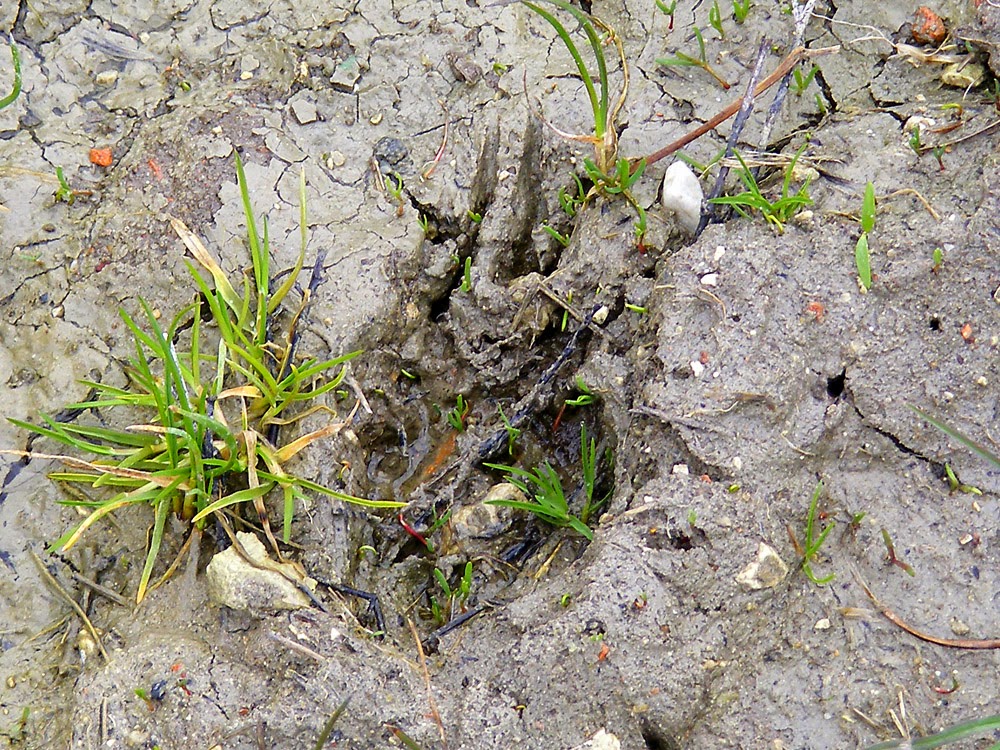 The badger has left clear footprints in the muddy clay track that runs up the hill through the fields. You can see how long the claws are and that gives you some idea of how the animal has excavated the sizeable chunks of stone in the first photo. 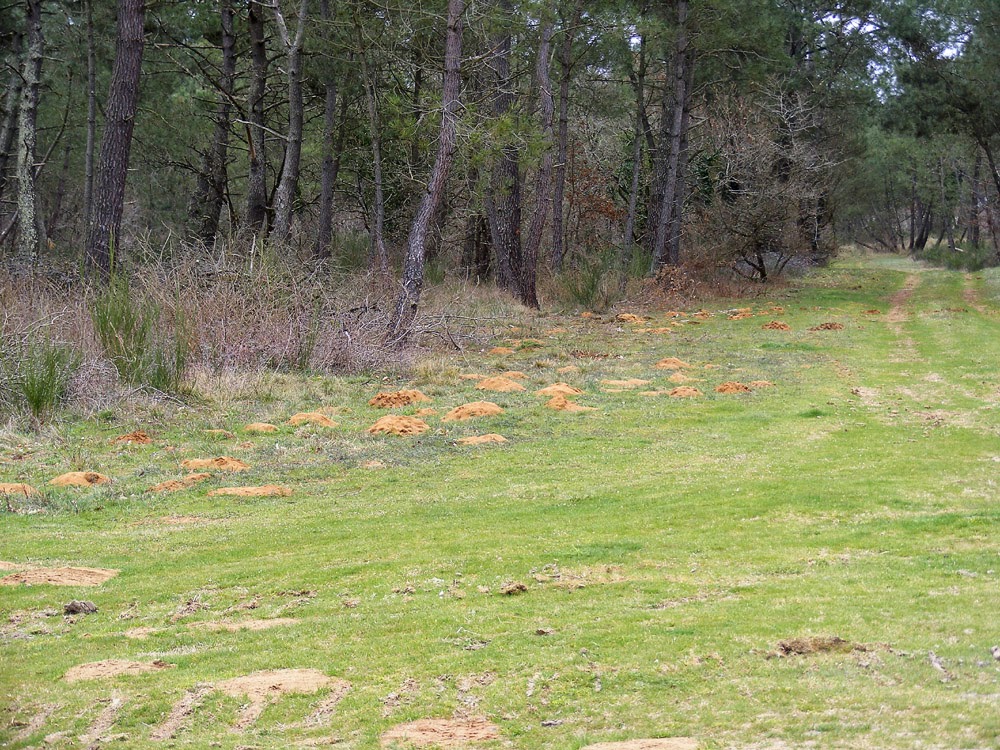 Down below the hill the soil changes entirely to sand and the moles are obviously working hard. The badger has walked through the area on the path, again leaving clear footprints. 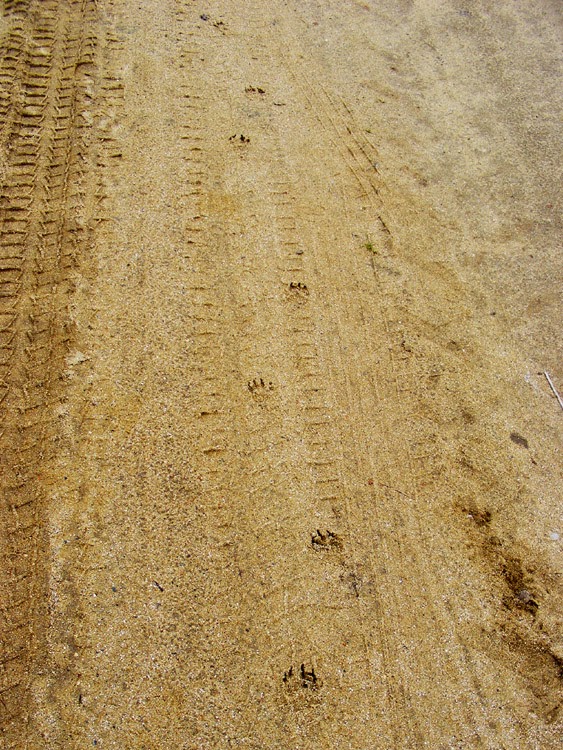 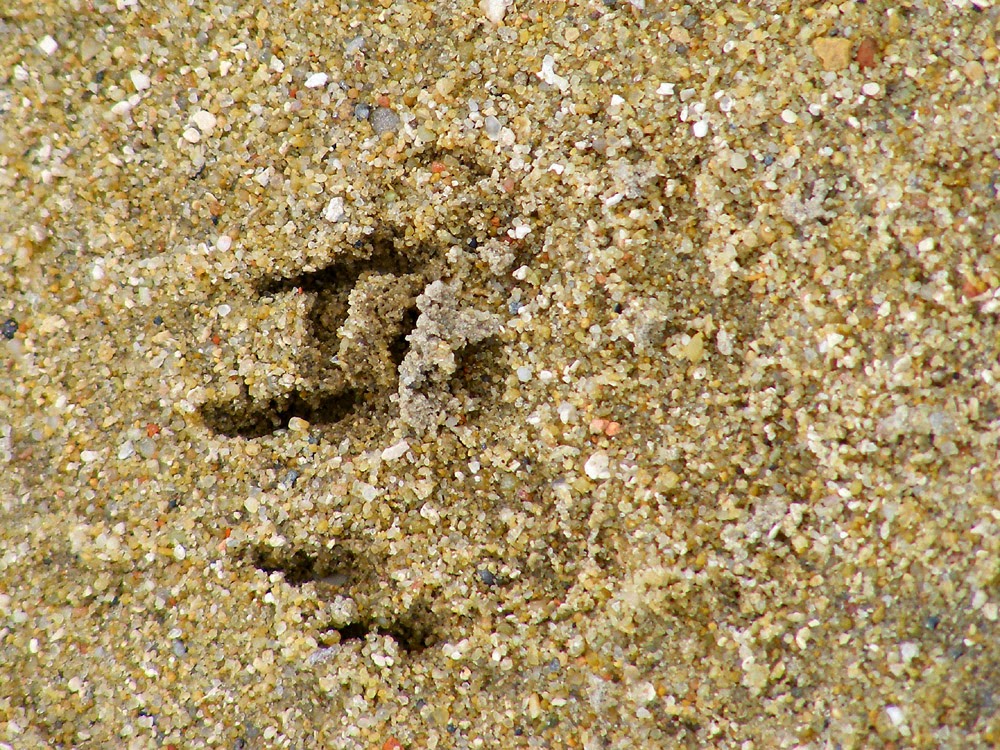 Email ThisBlogThis!Share to TwitterShare to FacebookShare to Pinterest
Labels: nature and wildlife, Richelieu

At least twice, I've seen badgers running through the vineyard as Callie and I approached. Our neighbor said that for a while she often saw one on the road that runs through the woods as she drove down the hill on her way to the village. Around that time, I noticed one down on the side of the main road that had been killed by a passing car. It was probably the one she was seeing.

I guess the time you walk Callie is good for seeing a lot of wildlife.

We were lucky enough to have a badger gallop up beside the car as we were driving into town. We slowed a little but he was really shifting and passed us easily. He crossed the road by the bridge and carried on down the riverbank out of sight. There is a big sett exit down there. We've had all sorts of roadkill here but never a badger. Pauline

On the other hand...
a badger, possibly the same one we saw...
absolutely trashed parts of our front "lawn" in a hunt for worms and grubs!!
However, that left areas of open ground that the orchids set seed into....

More opportunities for orchids is definitely the way to look at it :-)