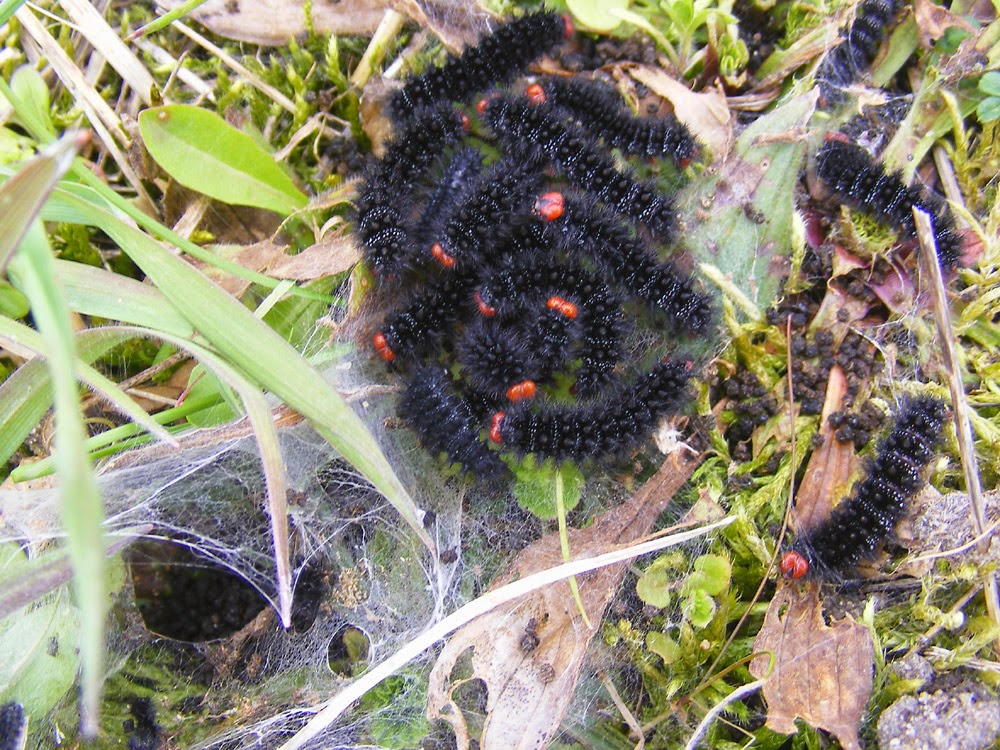 I was very pleased to see this colony of Glanville Fritillary Melitaea cinxa caterpillars on our recent walk around Braslou. Sadly the colony in our orchard appears to have died out. The species has had a poor showing in the last few years, having been badly affected by the dry spring and summer of 2011. In the orchard, things weren't helped in the preceding winter when I accidently mowed over a colony hidden under their cobwebby veil. Apparently it takes a long time for individuals from neighbouring colonies to move in and re-establish failed colonies. But these little beasties at Braslou looked healthy and lively and were happily munching away on the surrounding Ribwort Plantain Plantago lanceolata. In a month or two they will turn into butterflies like the one in the photo below. 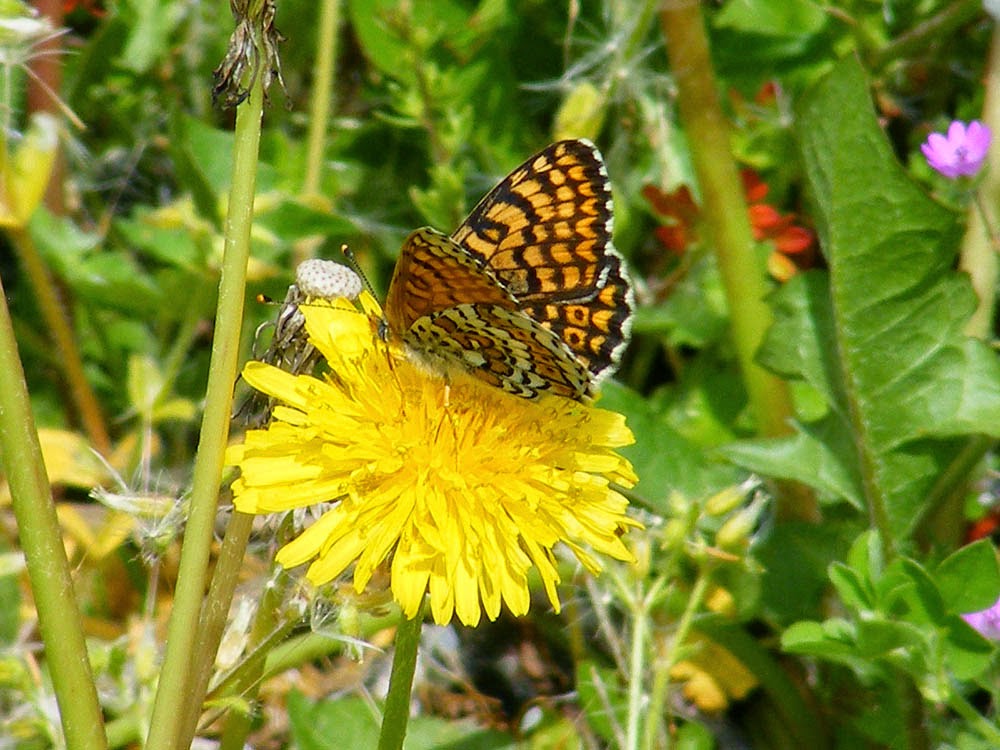 A touch of picture deja-vu there....
with the first pic!
Seen it on another site... somewhere...
shame about your colony...
I take it that they don't fly too far...
given the comment about re-establishment?

You should look into it. I've used it for many years.