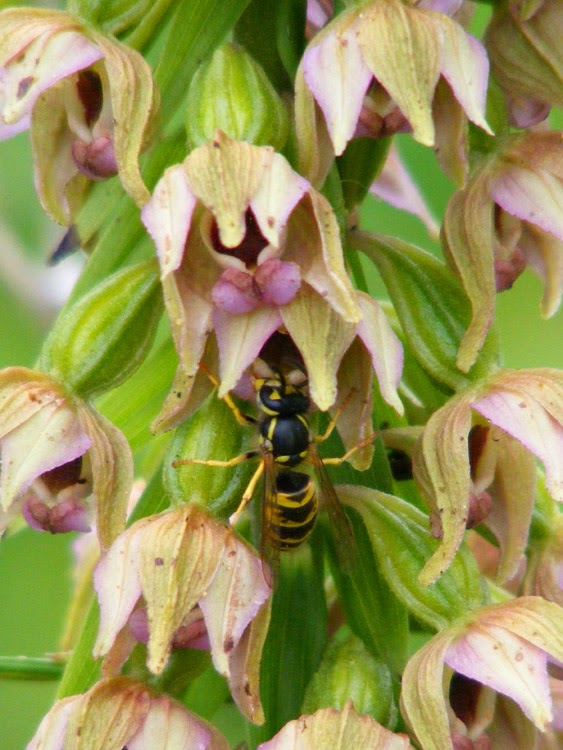 The orchids have more or less finished now in the Touraine Loire Valley, except for one or two late flowering species, such as Autumn Lady's Tresses  Spiranthes spiralis. 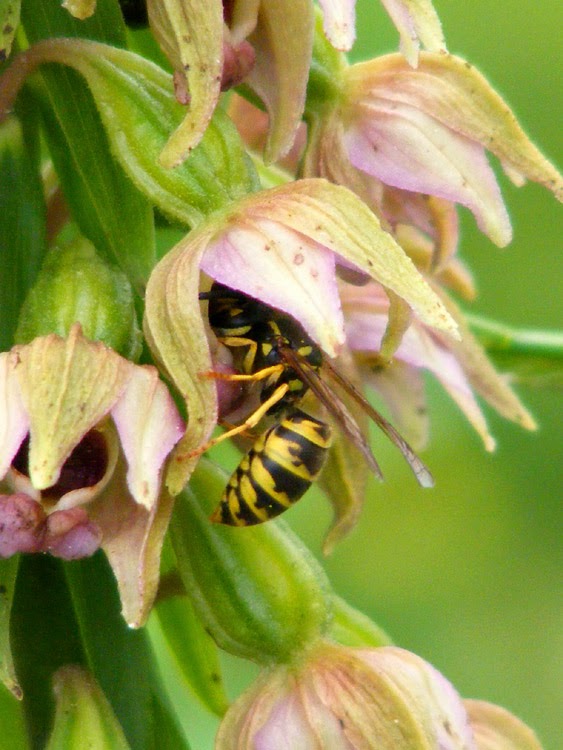 The last to flower in our orchard is Broad-leafed Helleborine Epipactis helleborine ssp helleborine, and it is just opening the last few flowers on the top of its tall spike of maybe a hundred individual flowers. The species is pollinated by social wasps, and a couple of weeks ago I photographed a wasp Vespula sp going crazy trying to access the nectar in the flowers. To be honest, I can't believe this particular wasp was doing any pollinating, because the flowers were past their best and I assume would have been fertilised some days earlier. I was surprised to see the wasp so excited and determined, as I would have thought the flowers had stopped producing nectar. 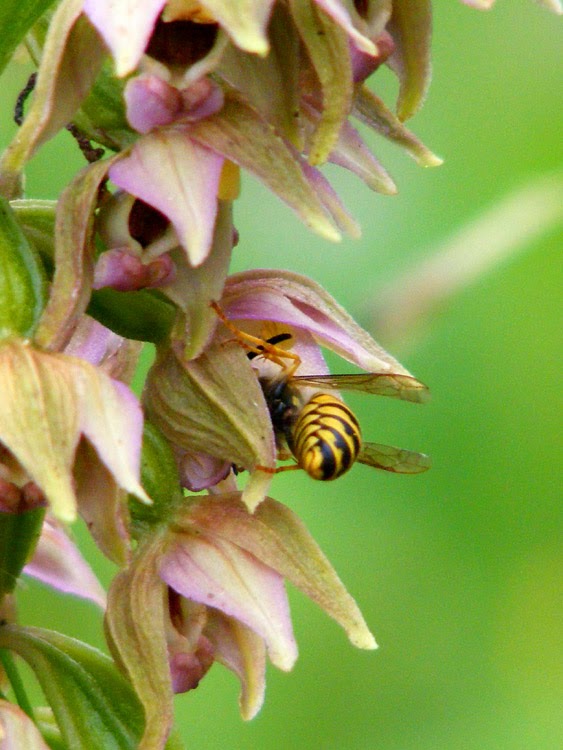