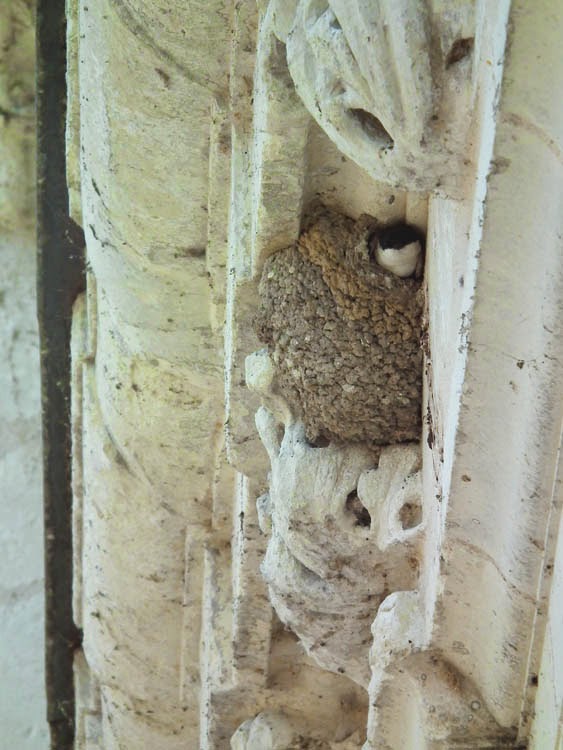 Every year these little birds fly in from Africa to nest on the Chateau of Chenonceau and other buildings in the Touraine Loire Valley. In French they are called les hirondelles de fênetre (='window swallows'), in English they are House Martins. Their scientific name is Delichon urbicum. 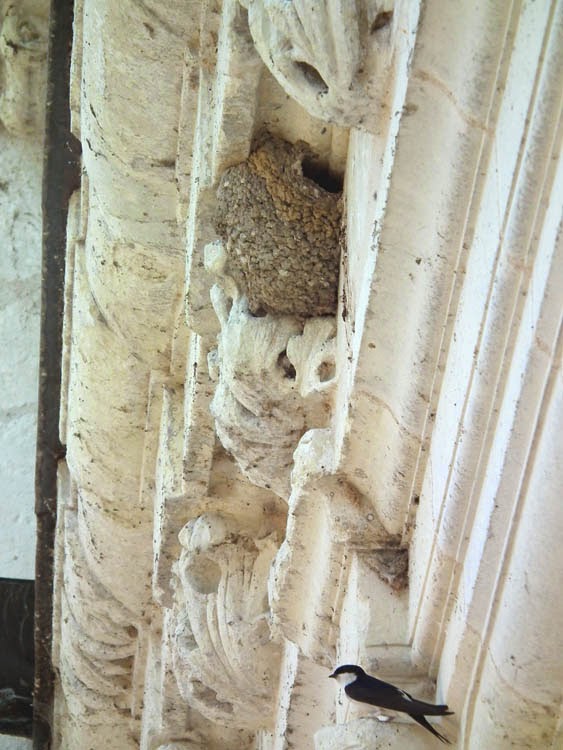 In general, just as at Chenonceau, property owners leave them to get on with nesting, and they return year after year to the same mud nest, repairing it as necessary for the next year's brood (or broods, as they may have more than one if they are quick off the mark). Where one nests, others will join to form a colony. 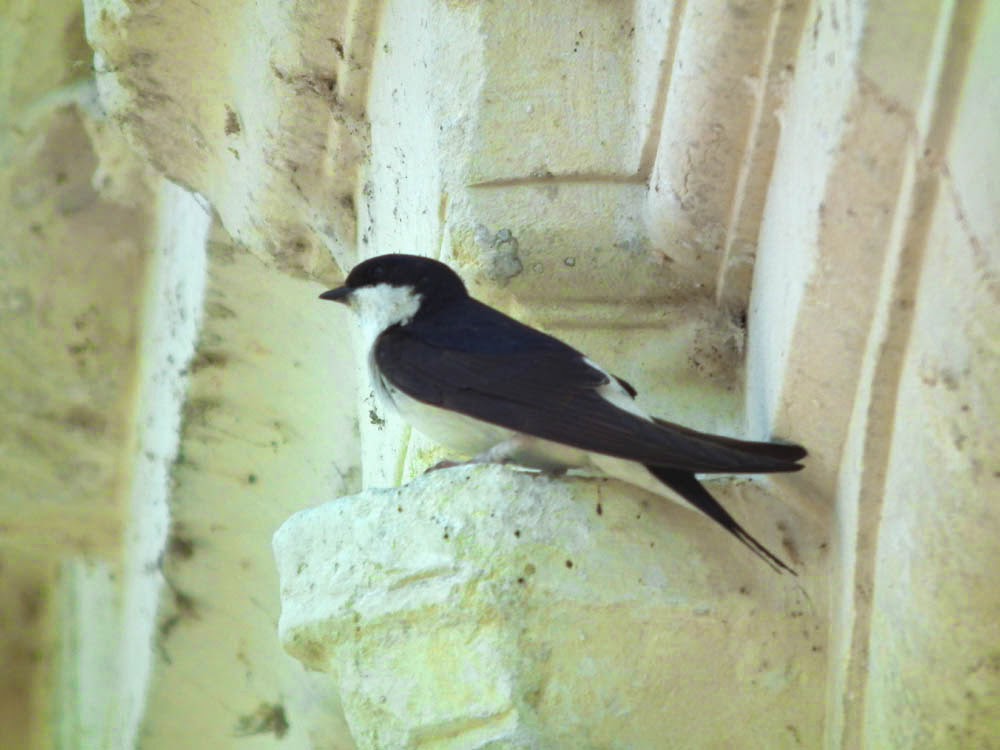 They can be distinguished from other similar species by their white rump. 'Aerial plankton', tiny flies and aphids caught on the wing form the bulk of their diet. 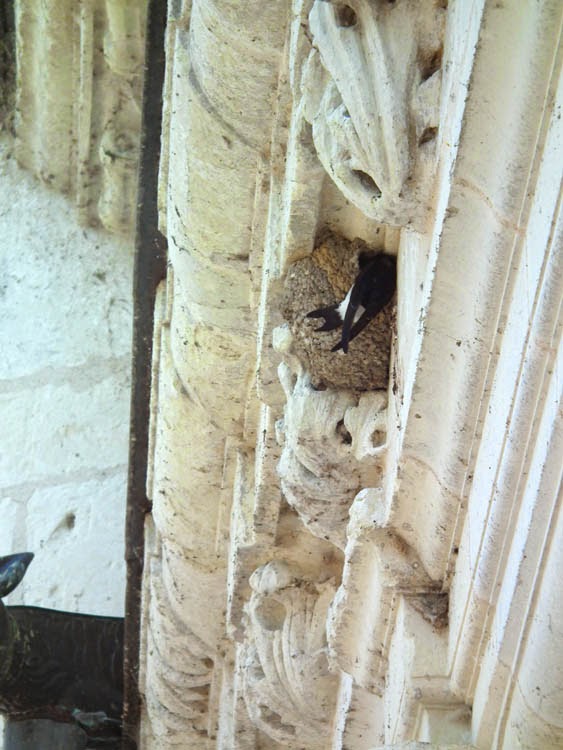 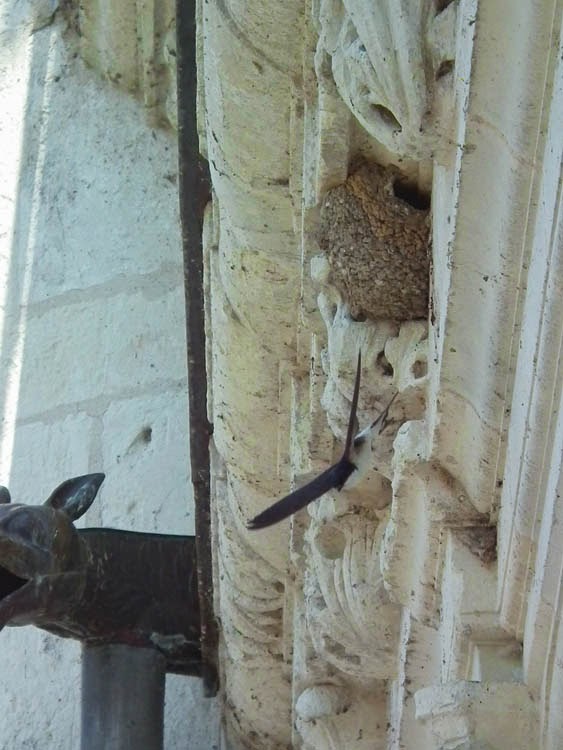 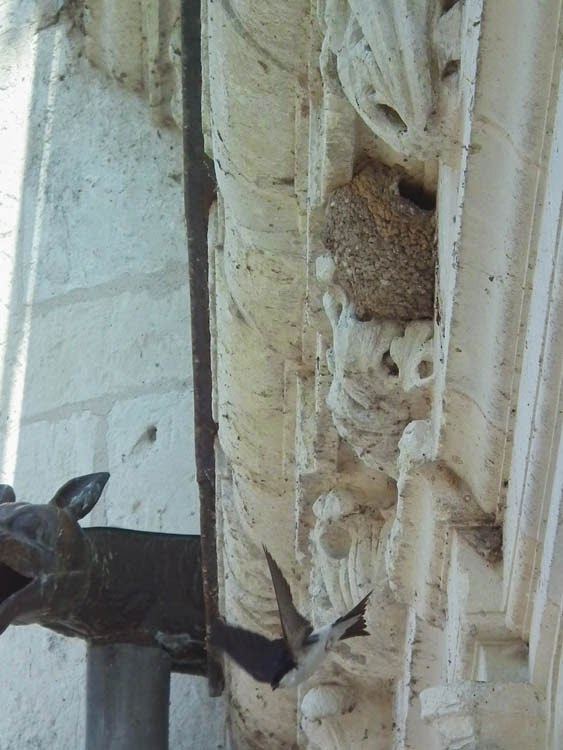 Lovely pictures! I love the French name, "window swallow", and your pair seem to have chosen a most spectacular window. Tim's mum pegged plastic bags under the eaves of her house to discourage them, because of the mess. I'd rather have the mess than the bags.

When you say "return year after year"....
take a look at this picture I took at Villandry earlier this year [while on the LPO Refuge outing]
https://www.flickr.com/photos/le-moulin-de-la-forge/14040459134/
It might be worth pointing out to your clients [those interested in guano anyway!]

And as for my mother...
I'll have to tell you the story behind her catchphrase....
"Now I'll have to springclean the WHOLE house!!!"

Tim: LOL. I wonder if their new Peregrine soundtrack is not to discourage the pigeons from eating the lettuce, as I had assumed? Even if it isn't intended to discourage the martins, do you think it will have a possibly unintended effect?