The Roman Amphitheatre in Tours 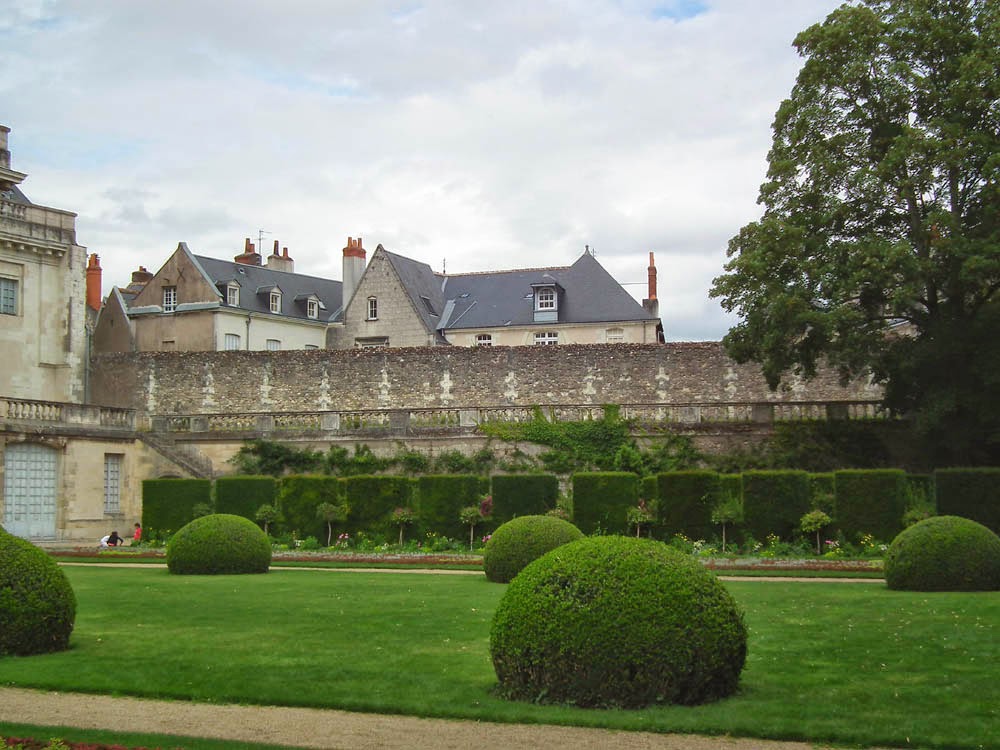 The garden of the Musée de Beaux Arts in Tours.
The wall behind the terrace is the remains of the Roman amphitheatre.

The amphitheater, the only [Roman] monument preserved, is unfortunately filled with houses or covered with earth. It was one of the largest in the Empire (143 x 124 m on the axes). The outer height may be calculated as ca. 20 m. The seats, which are cut in the natural rock to the N, rested on vaulted passageways. The walls are faced with limestone rubble with white mortar joints, often trowel-marked, and double courses of brick. Four passageways have been found, placed on the axes of the ellipse; at the entrance they are reinforced with enormous buttresses shaped like semicircular towers about 6 m in diameter. The size of the building and the moderate use of brick indicate that it dates from about the time of Hadrian (117-138). The remains can be reached through the cellars of certain houses.
The 3d c. surrounding wall, an irregular rectangle (ca. 340 x 240 m) enclosed half of the amphitheater on its S side, and formed an enormous bastion that dominated the plain (perimeter 1155 m, area 9.23 ha). The foundations were built of reused material (blocks, columns, capitals); the wall itself was 4.3-4.8 m thick, made of rubble dressed with small blocks of stone and with red mortar and double bands of brick every 7-10 courses. It was flanked with round towers filled with rubble up to the first floor, where small tegular windows were set. Remains can be seen at rue des Ursulines no. 12, the Musée des Beaux-Arts, and the N and S sides of the Cathedral. Source: The Princeton Encyclopedia of Classical Sites. 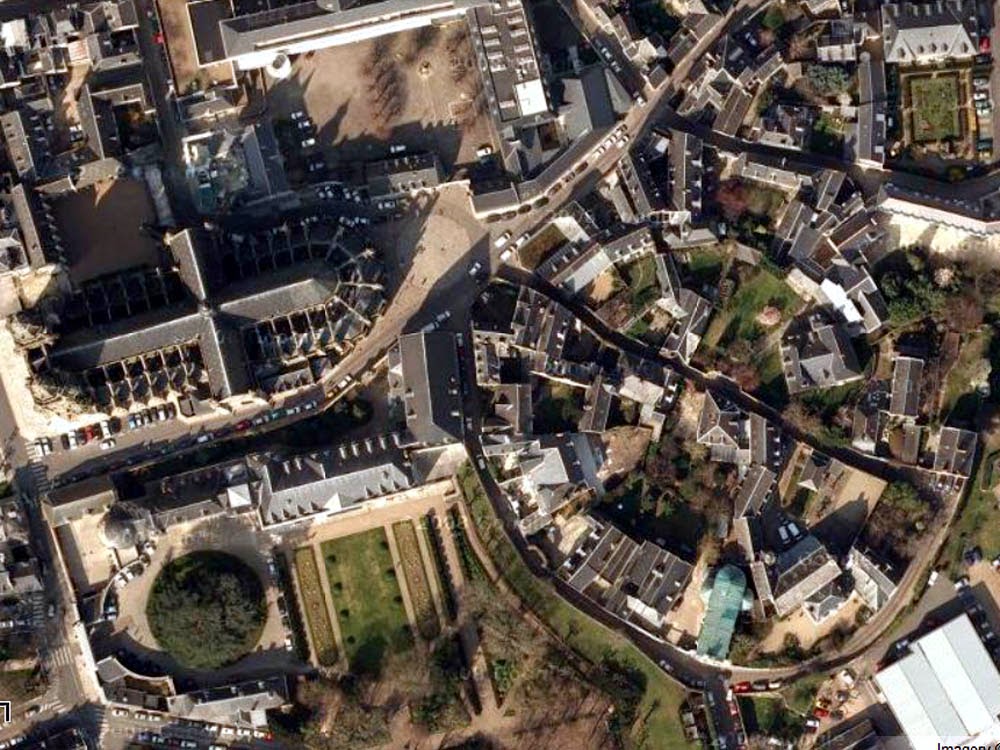 Preuilly News: The new police station (caserne in French), which includes accommodation for the gendarmes, has been officially opened. It is named after Denis Bonnaudet, a local policeman during the Second World War who became a member of the Resistance, captured by the Nazis in July 1944 and died in a deportation camp in April 1945. His two daughters were present at the inauguration ceremony.
*******************************************
Au jardin hier: I weeded the potato bed -- took me 2 hours. I also dug the remaining white onions. They've formed bulbs the size of large marbles to golf ball size, so not huge, but good quality and no sign of onion fly. The yellow onions are ready to pull too, but they will hold a bit. The tomatoes are thriving, but I am slightly concerned about pollination levels. There was plenty of honey bee action, in the flowers that have come from a sowing of Vilmorin's 'biodiversity seed mix', and in the Virginia creeper, but honey bees can't pollinate tomatoes (or peppers, aubergines, chillies, zukes or cukes). My impression is that although the year began well for bumbles and solitaries, they are now much less visible and active. However, something has been pollinating the zucchini and the gherkin, so perhaps the slow development of fruit is more down to the recent lack of sun.
Posted by Susan at 09:00

Email ThisBlogThis!Share to TwitterShare to FacebookShare to Pinterest
Labels: Gardens and Parks, Tours