800 Years Ago in Preuilly sur Claise

An array of starters and nibbles ready to be taken out for the hordes to descend on them. 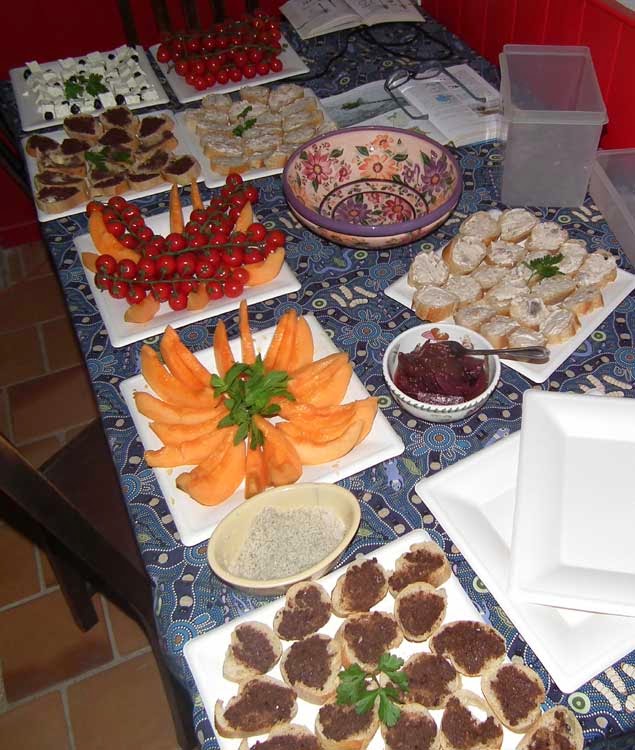 It is a little known fact in the Anglo world that at the Battle of Bouvines on the 27th July 1214 Philippe Auguste of France defeated an army consisting of Imperial German, English and Flemish soldiers. One of the outcomes was that King John of England lost most of his French holdings and was forced by his barons to sign the Magna Carta. 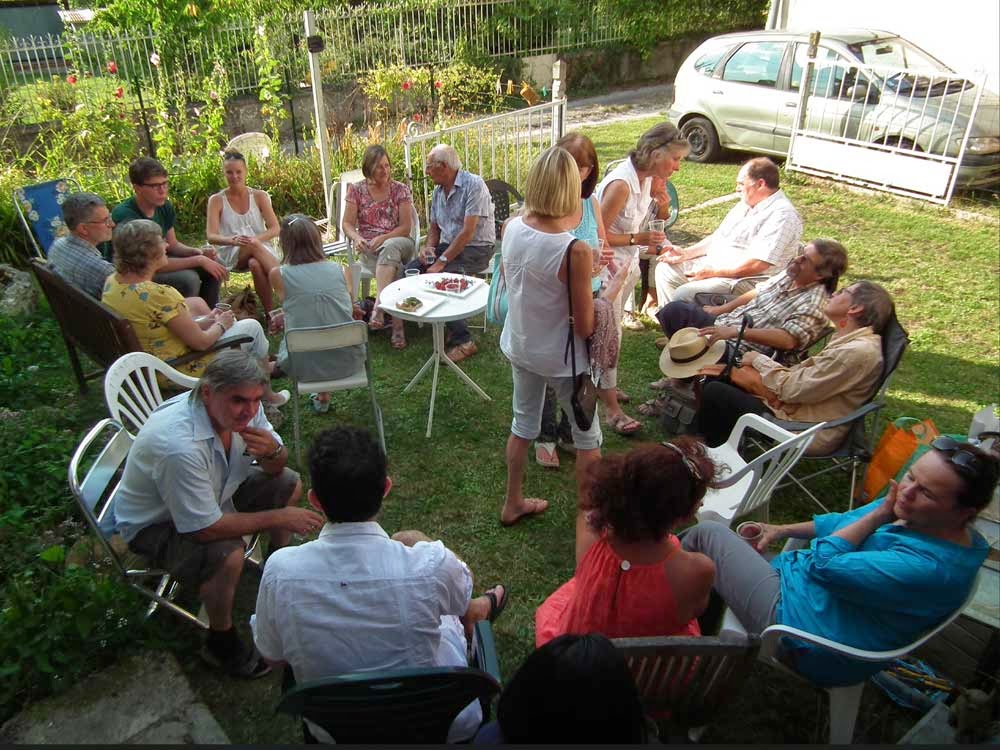 Another repercussion was that Philippe Auguste needed money to pay his mercenaries. He instigated a series of changes that bought tax collection directly under the auspices of the king rather than his lords, and built a series of warehouses in which to store the grain collected as tax.


Simon broke out the Bullfrog speakers and his amp, which haven't seen service since we moved here. Apparently you could hear the music at the top and bottom of the street, but we didn't get any complaints -- presumably down to the extremely good taste demonstrated by the playlist. One theory is that our graineterie was the warehouse built in Preuilly. Although it is only a theory, we decided to celebrate the 800th anniversary as if it were fact and therefore invited people to attend an open house on  27 July 2014 at the graineterie. 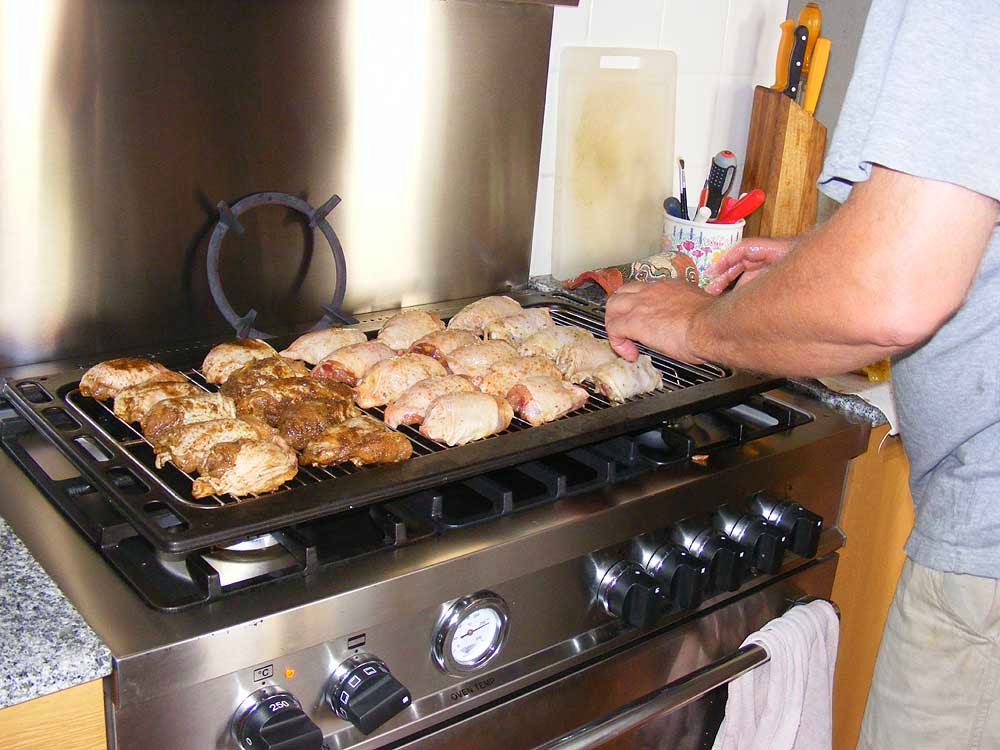 According to Bernard, the President of the local history association, our barn/granary/graineterie is definitely older than 15th century and 13th century seems reasonable. It is also a building that must have had some sort of public function, not a domestic building. More than that we cannot say for sure, but he certainly does not dismiss the theory about it being a secular tithe barn built at the orders of Philippe Auguste.


Desserts on the table, including the wonderful 800 anniversary cake made by Elizabeth as a surprise gift. 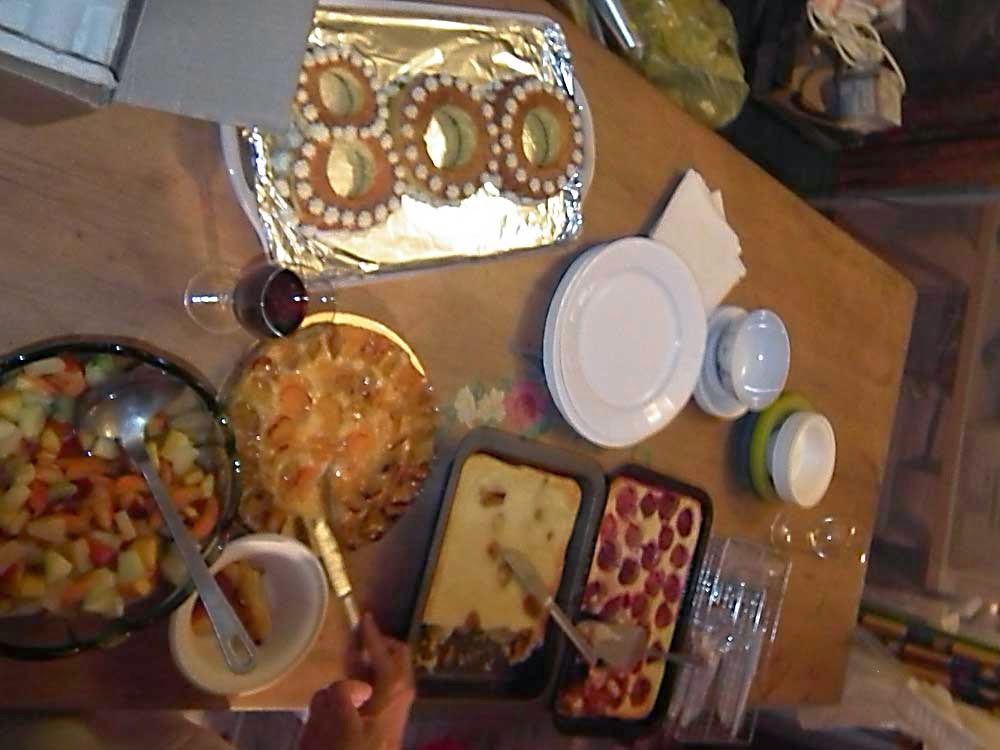 40 or 50 people of various nationalities turned up to celebrate. Sadly we didn't get photos of everyone -- quite a lot of French people seemed to be very good at dodging the camera! There was lots to eat, thanks to the generosity of our friends who brought quiches and salads to augment our catering. There was lots to drink as we had asked everyone to bring a bottle. The English beer was popular, and we seem to have consumed a quite remarkable quantity of red wine. 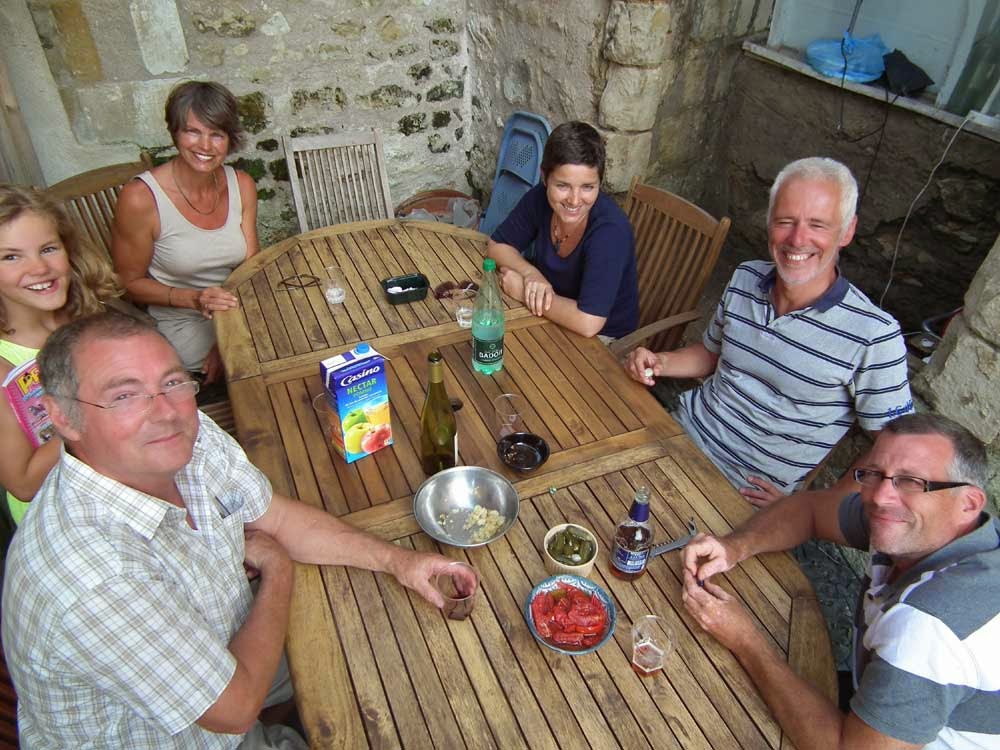 Everyone enjoyed themselves and the event was a great success. We were delighted with the turnout and it was wonderful to see everyone.
Posted by Susan at 09:00

Email ThisBlogThis!Share to TwitterShare to FacebookShare to Pinterest
Labels: Events, Food and Drink, Our house in Preuilly

And thank you for creating such a wonderful opportunity...
Pauline and I thoroughly enjoyed this truly international gathering!!
And the food....
and the music....
oh, did I forget to mention....
the food!!?
And congratulations on getting it all together....
without looking or being too worn out to enjoy yourselves.
Here's to the 805th birthday...
that should give you enough time to recover!!

It was a lovely party. A good mix of people, excellent food, drink and music. All of this bound together by generous hosts. A great way to spend a Sunday afternoon and evening.

I've just spotted the dragonfly books on the top table...
but neither look like Dijkstra & Lewington??

Tim: Yes the smaller one is Dijkstra and Lewington, the other is the Biotope guide, both open at the pincertail pages, so you can guess what I had been checking before you arrived :-)

Looks amazing. So sorry I wasn't there but maybe next time?

Many thanks for a jolly good do. Excellent company, food and music, good conversation, fine wines, we got rid of a few courgettes - anyone want some courgettes? Cucumbers? Tomatillos? Chillis? Cabbage? P.

Liselle: we wish you had been there too :(

PG: We are glad you had a good time. I'll have a couple of chillies and half a cabbage, but don't know when I can get over to pick them up.